That's a lot of scratch for purposefully less-than-perfect. 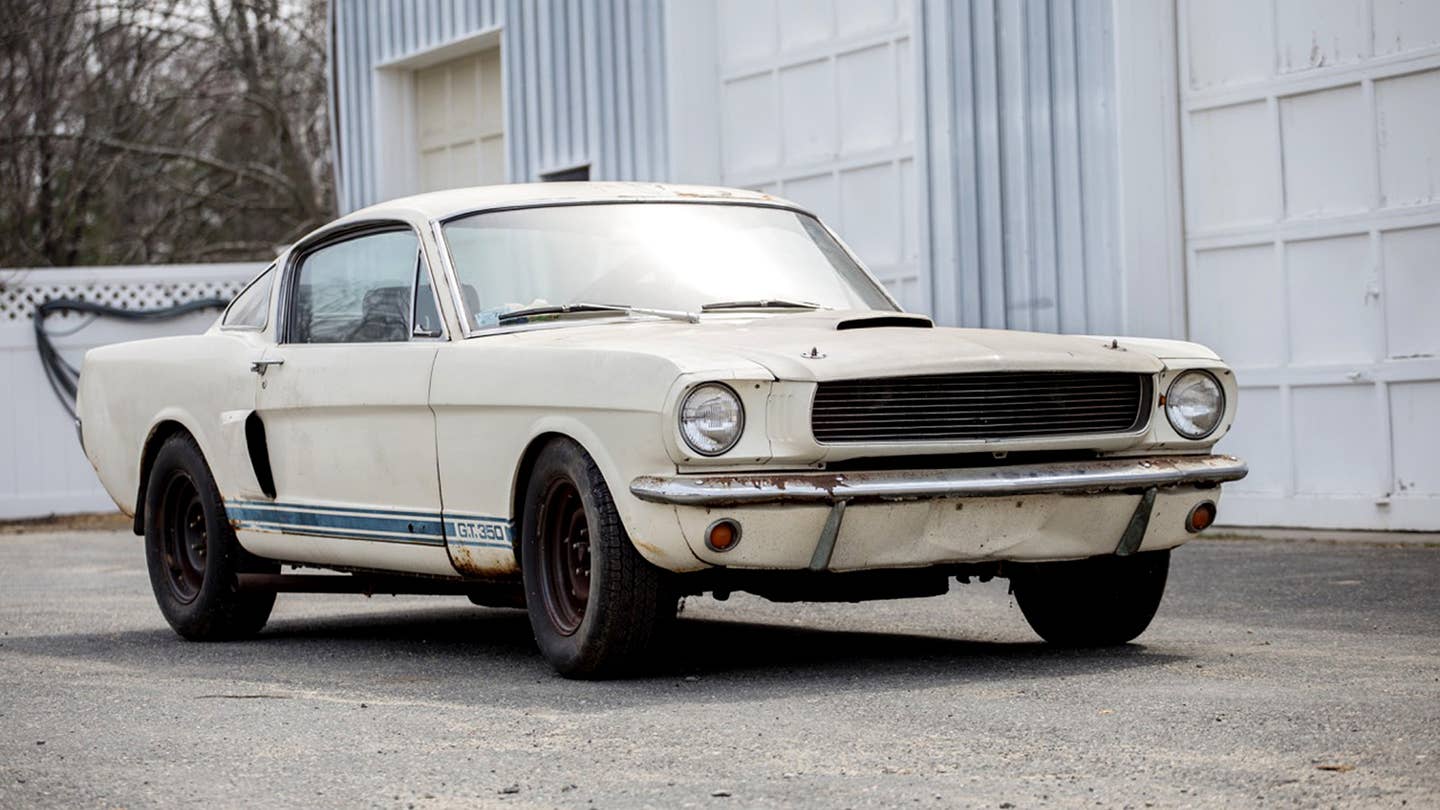 After forty years in storage, an original 1966 Shelby GT350 has been unearthed and will be presented for sale in its rusty, dusty, steel-wheeled glory by Bonhams at the Greenwich Concours d'Elegance. Even in "as found" condition, the GT350 is expected to fetch between $90,000 and $120,000. This long-missing car, Shelby serial number 6S163, is way more than just a tired pony.

Between those two versions were 252 "Carry-Overs," produced at the end of the '65 run to make sure dealers had enough to sell while the factory re-tooled. That left the cars with some of the more hardcore parts of the early cars, but also with some of the later cars' more pleasing styling. This example began life as a dealer demonstrator and occasional dealer-backed competition car in Framingham, Massachusetts, before being sold to a local customer who drove it for a decade, putting on 55,000 miles.

If we had a quarter of a million dollars, we'd nab this car and then spend the cash to sort it mechanically and secure that lovely wear and tear under a layout of clear-coat. Voila: the perfect vintage racer and no-fucks-given cruiser. Chrome and shiny paint are for museums.