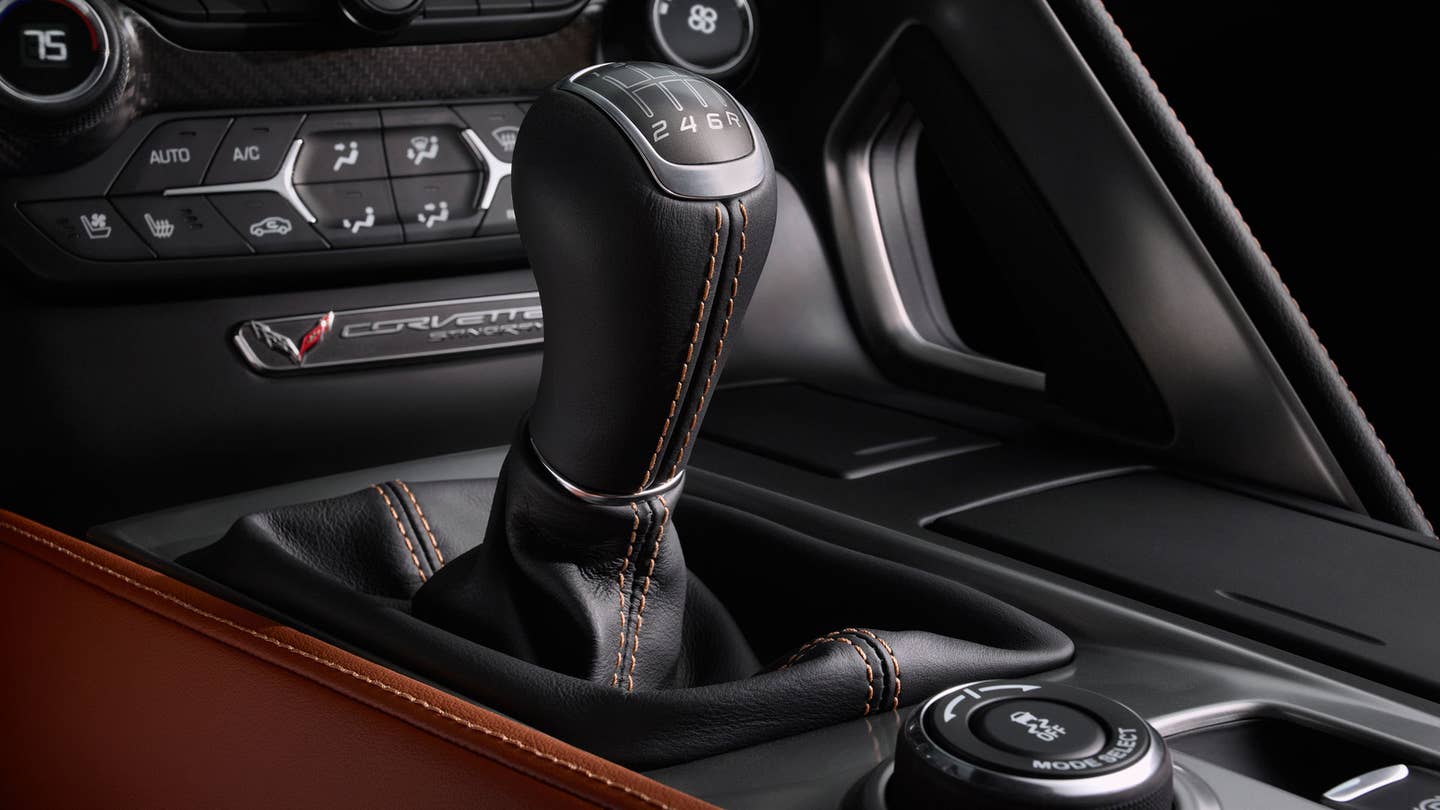 If you're happy and you know it, pump the clutch. As it turns out, 23 percent of 2016 Chevy Corvettes packed a manual gearbox. That may not sound all that impressive at first blush, but it's nearly four times the 6 percent take rate for stick shifts across the American new-car marketplace.

—32 percent of hardtop Corvettes, whether naturally aspirated or supercharged, left the factory packing a manual. (8008 of 24922)

But the National Corvette Museum's data set isn't just handy for its insights into the transmission choices of 'Vette buyers. It's a treasure trove of information about what's going on inside the noggins of people with the means and interest to buy a brand-new version of America's sports car.

Did you know, for example, that 4,955 Z06 buyers chose the extra-spicy Z07 performance package in the 2016 model year? (That's 53 percent of Z06s, for what it's worth.) You might have heard that Arctic White was the most popular Corvette color—but did you know Admiral Blue was the least, having been chosen by just 0.8 percent of people? Or that 281 buyers chose to go against General Motors's guidelines of good taste and pop for the "Recommended Color Combo Override"?

The data is worthy of a deep dive, so feel free to click here and check it out if you're so inclined. We'll leave you on a happy note: 88 percent of 2016 Corvettes came equipped with the performance exhaust.