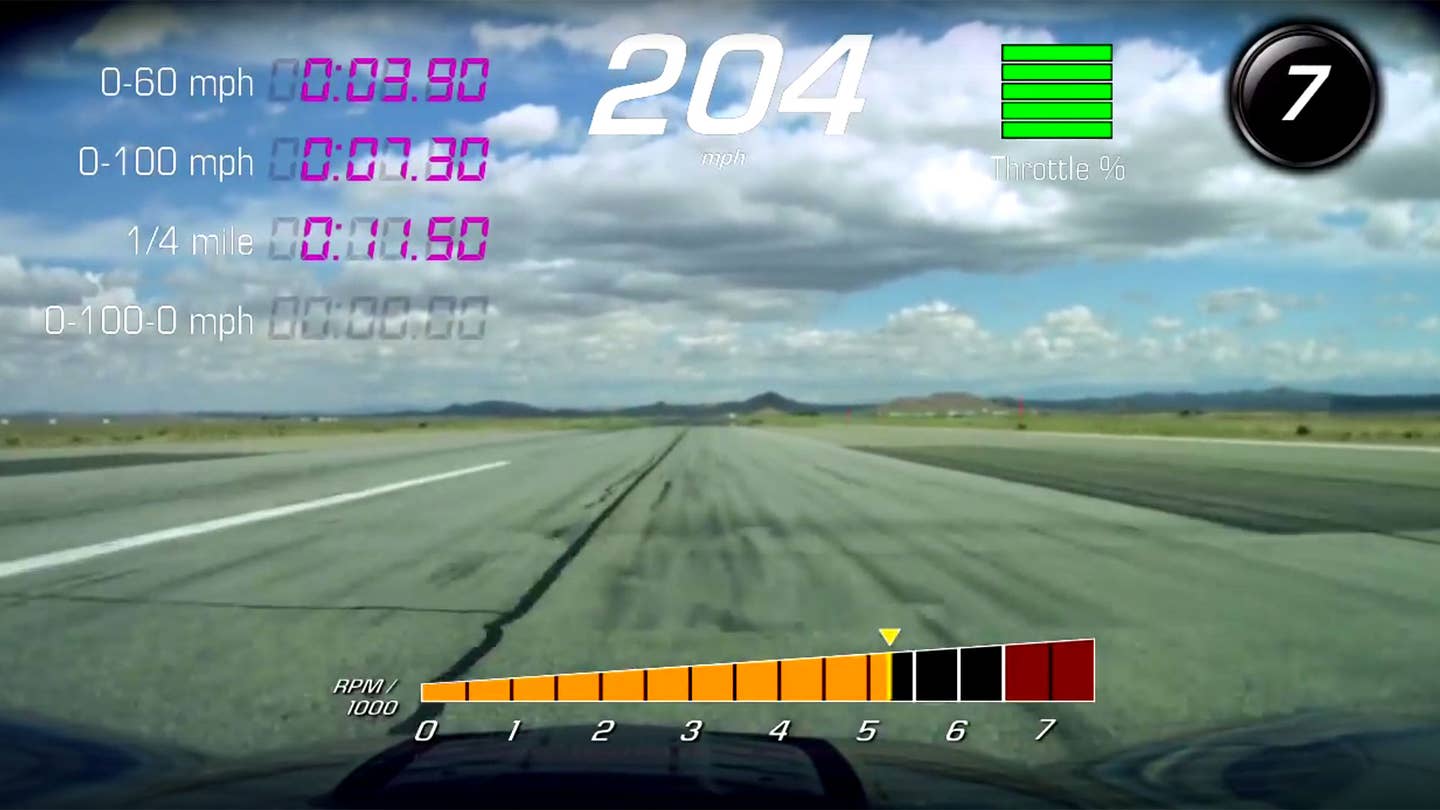 If you've ever wanted some proof that Callaway's modifications to, say, a Chevrolet Corvette Z06 are worth the money, well, The Drive humbly submits the following video. It doesn't tell you much about how successfully the company will turn your Corvette Stingray into a shooting brake, but it does prove that the aftermarket company's performance mods can blast a new 'Vette north of the 200 mph mark with ease.

The video, captured during a run at the Mojave Magnum with the Performance Data Recorder in the Corvette, chronicles a top speed run by a Corvette Z06 outfitted with Callaway's 757 package, which bumps the supercharged V8's output from 650-hp and 650-lb.-ft. to 757-hp and 777-lb.-ft. That power boost may seem superfluous, given the Z06 already pushes the limits of usable real-world performance—but it's enough to power the car up to at least 202 miles per hour, given a mile and a half of open runway. And that's with a launch conservative enough to impress Paul Ryan.

Of course, this Corvette's added power isn't the only reason it manages to blow past the 195-mph top speed of a stock Z06 with ease. According to the video's description, the owner removed the modified Z06's front canards and the wicker bill portion of the rear spoiler to cut down on drag during the high-speed blast. Those aerodynamic add-ons may give the Z06 incredible grip and badass looks, but they also dog it down in those runs up towards 200 miles an hour.