Your Mustang can score some GT350-style zip for only a few dollars more. 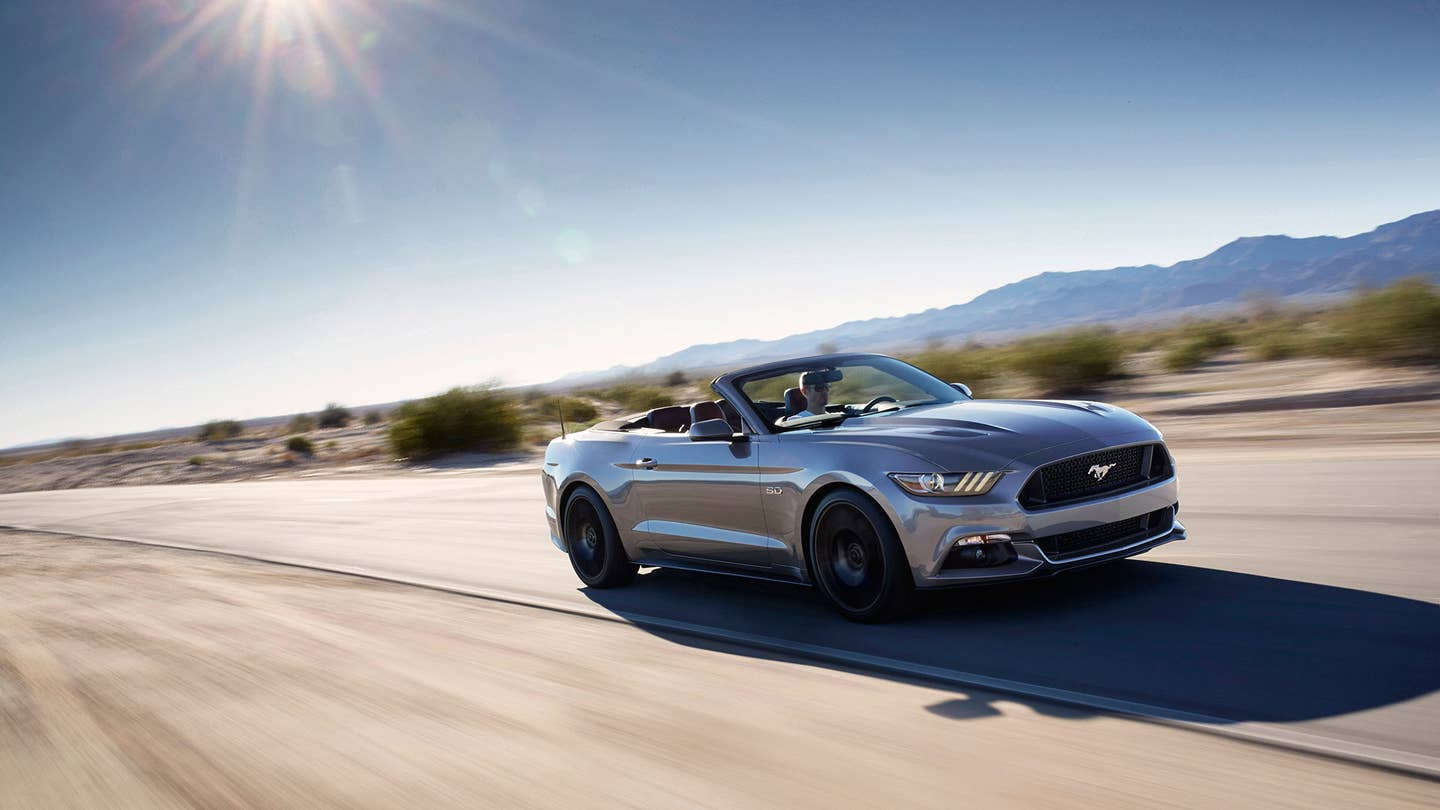 When Ford announced a couple of weeks ago that it was rolling out a series of OEM-approved performance upgrades for the Mustang GT that used pieces from the Shelby GT350, we, like most of the motoring media, wrote up a quick piece for your reading pleasure and proceeded on our merry way. But in the days that followed...we kept coming back to it. After all, we love a good Mustang as much as you do, dear reader, and any chance to add on some power piques our interest...especially if it means not running into trouble with our friendly neighborhood Ford dealer if something breaks.

So we reached out to Ford for a little more information. And when the carmaker responded, it said something that made our eyebrows pop up right into our hairline. The numbers could depend on dyno variability, Ford spokesperson Matt Leaver told us via email, but when it comes to the top-tier Power Pack 3, horsepower figures between 475 and 495 ponies would be "a reasonable number at the flywheel."

Now, scoring one for that price assumes you a) have the desire and ability to install the kit yourself, and b) chose a bare-bones Mustang GT without any of the factory-order-sheet performance goodies, such as the GT Performance Package or the Recaro seats. So realistically, most of us who would consider springing for such a souped-up 'Stang would probably be staring down the barrel of a car costing around $40,000, and a little more cash for a professional installation.

Like all three of Ford Performance Parts' recently-announced upgrades, Power Pack 3 raises the 5.0-liter Coyote V8's redline to 7,500 rpm; according to Ford Performance Parts product manager Jesse Kershaw, the engine pulls hard all the way there. “Peak power is right around 7,100, but it stays fairly flat up until [7,500]," he tells The Drive. "Very similar to how the GT350 does.”

The top-tier upgrade's rev-tastic power curve, however, does come at a cost; mid-range and low-end torque suffers a bit, degrading everyday drivability. Unless you're planning on tracking your 'Stang or revving the hell out of it on a regular basis, Kershaw recommends going with one of the lesser Power Packs.

“For most street customers, the Power Pack 2 is the way to go,” he says. The middleweight upgrade, he says, maintains the low-end and mid-range torque—in fact, torque at 1,500 rpm rises by 40 lb.-ft.—while still tacking on an additional 21 horses overall.

Offering a series of upgrades instead of a single one is a new tactic for Ford Performance, Kershaw says. Doing so allows amateur tuners who might have trouble cracking Ford's ECU protection to have a way to juice up their pony cars. “If we’re gonna protect our software, we need to offer people a broader range of products,” he says. It also allows Ford to offer a three-year/36,000-mile warranty on the parts in the Power Packs—assuming, of course, they're added on by a Ford dealership our an authorized installer.

As for whether we might see any of the equipment in these power packs installed as standard equipment in future Mustang GTs...well, as Kershaw put it, there is historical precedent. He pointed out that much of what made the Bullitt Mustang of 2008 unique started out as a performance package originally developed by Ford Racing.

“Things like that have happened before,” he said. “Anything could happen.”

Ford’s Power Pack for the Mustang GT and a New App for First Responders: The Evening Rush

Plus, light rope that actually works and 20b medicine balls from Rogue Fitness.

More oomph for not much cash—and it’s all OEM-approved.

Ford, Shelby, and Hertz team up for a 50th anniversary special.