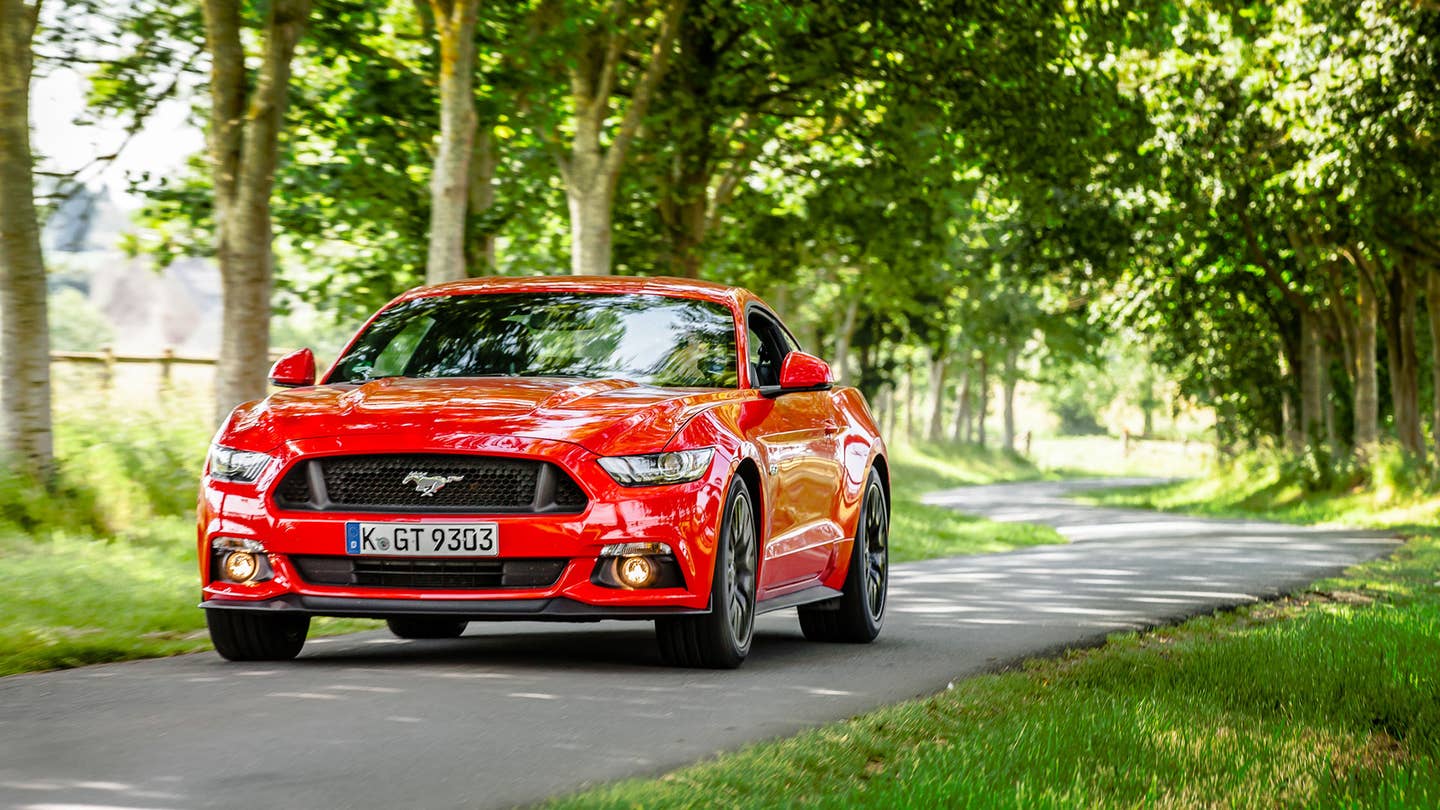 For many Germans, their only glimpse of American muscle has been David Hasselhoff’s Baywatch-era abs. But the wet hot Ford Mustang is changing all that. After a half-century as strictly a Yankee proposition, the Mustang and its tire-smoking ethos is finally being exported overseas. That includes Germany, where the Ford pulled a shocker in March by becoming the nation’s best-selling sport coupe. As an ambassador of American kickass—not to mention homegrown manufacturing—Ford’s pony car sure beats Donald Trump.

The Mustang found 780 buyers in what a German transport agency dubs the Sportwagen class. That nipped one of Germany’s own automotive icons, the Porsche 911, with 752 sales; the Audi TT followed with 708, and the Mercedes E-class coupe with 532. (Apropos of these figures it might be helpful to know that "verräter” is German for “traitor,” by the way). For 2016, the Mustang trails only the Audi for the sport-coupe title, at 1,822 versus 2,299.

Americans are accustomed to worshiping cars from afar, and the Mustang’s forbidden-fruit status has likely boosted sales since its Deutsche debut last July.

“It’s an American icon, and when it went global many people were keen to get their hands on one,” said Ford spokesman Craig von Essen. Countries that just gotta have it includes China, where the Mustang also leads its sales segment, and Australia, where history’s first right-hand-drive Mustang is sold out all the way through 2017.

Perhaps surprisingly, the Mustang GT, with its 5.0-liter V8, has been the overwhelming early choice of international buyers, surpassing a pair of more-affordable and fuel-thrifty 1.5- and 2.3-liter Ecoboost four-cylinders. With premium unleaded costing about $5.80 a gallon in Germany, filling the GT 'Stang for a year would cost its owner about $4,600 based on 15,000 miles of driving. Talk about commitment.

Specifically designed and engineered for an international audience, Mustang coupes and convertibles are now being sold in more than 140 markets in six continents. That includes right-hand-drive models built in Flat Rock, Mich. and destined for roughly 25 markets, including the United Kingdom, South Africa and Australia—the latter country being especially predisposed to muscle cars and sun-kissed convertibles.

Wolfgang Kopplin, managing director for Ford Germany, said that Germans have simply fallen in love with the Mustang. We’re in love with the idea of driving one on the Autobahn ourselves, and blowing past some unsuspecting burgher in a BMW, Rammstein blaring through the Ford's Shaker subwoofer.

International competition aside, Ford seems to have overlooked what’s really important in the sales report: The Mustang positively smoked the Chevy Camaro, which found just 18 buyers in March and 34 total so far this year.