A little more power, and a lot more decals. 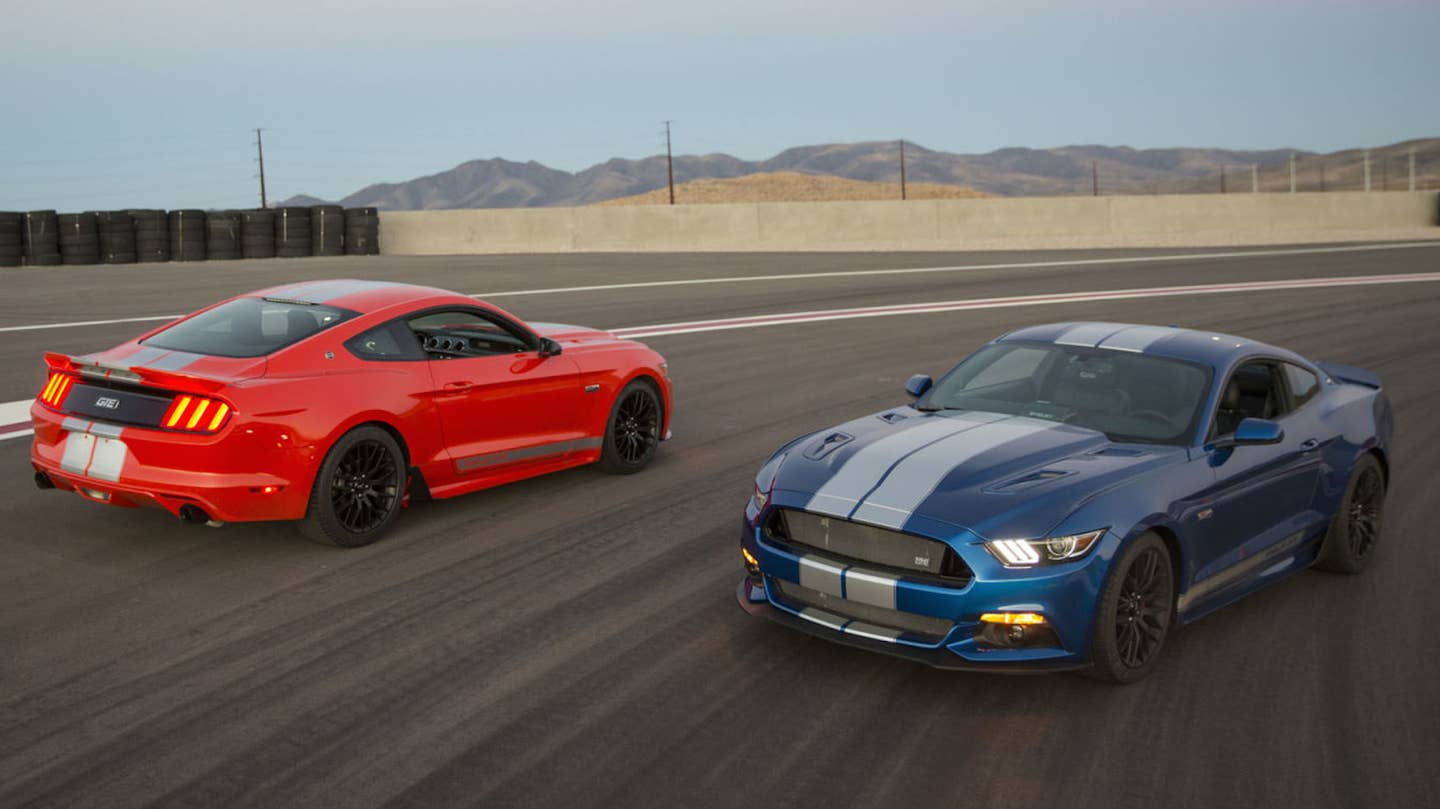 Tell your average human that you drive a 2017 Shelby GTE—while pointing at the bestripéd and bespoileréd Ford Mustang coupe behind you—and he or she will be mighty impressed. He’s heard things: Le Mans-winning twin-turbo V6, flat-crank plane V8s, eight-figure auction prices. And sure, those scoops, louvers, and spoilers all seem to imply extreme speed. Shelby, wowee, the bystander will think, imagining he’s in the presence of 600-700 hood-shaking horsepower. Not really. This Shelby is an appearance package plus 20 horsepower.

That “E” in “GTE” doesn’t stand for “EXTREME,” “EGOMANIACAL” or “EMOTIONAL.” It stands for a quiet “enhanced.” The Shelby GTE is no from-the-ground-up track monster, but rather a car designed to showcase a litany of other lowercase-”e” words: embellished, energized, engineered, and enjoyable. No need to break out the CAPS key.

Available on both the Mustang Ecoboost and GT, the package adds a bevy of decorations—think: industrial strength stickers—and a little bit of power. The EcoBoost’s boosted four-cylinder gains 25 horses for a total of 335 and the GT’s V8 gains 21, for a total of 456. Both mighty numbers and very quick cars, mind you, but Shelby-worthy? Not quite, in our book. None of the GTE-treated Mustangs will have been shuttled through the Shelby factory—all performance upgrades come from the Ford Performance catalogue. There’s the Power Pack, the Ford Performance Handling Pack, a catback exhaust and some Ford Performance 19-inch wheels, all wrapped in a gooey fondant of Shelby stickering and badging.

Ford F-150 Gets a Diesel And the First Shelby Cobra Hits The Auction Block: The Evening Rush

Plus, Fatboy has an inflatable couch and Cambridge Brewing Company pumps out tasty summer brews.