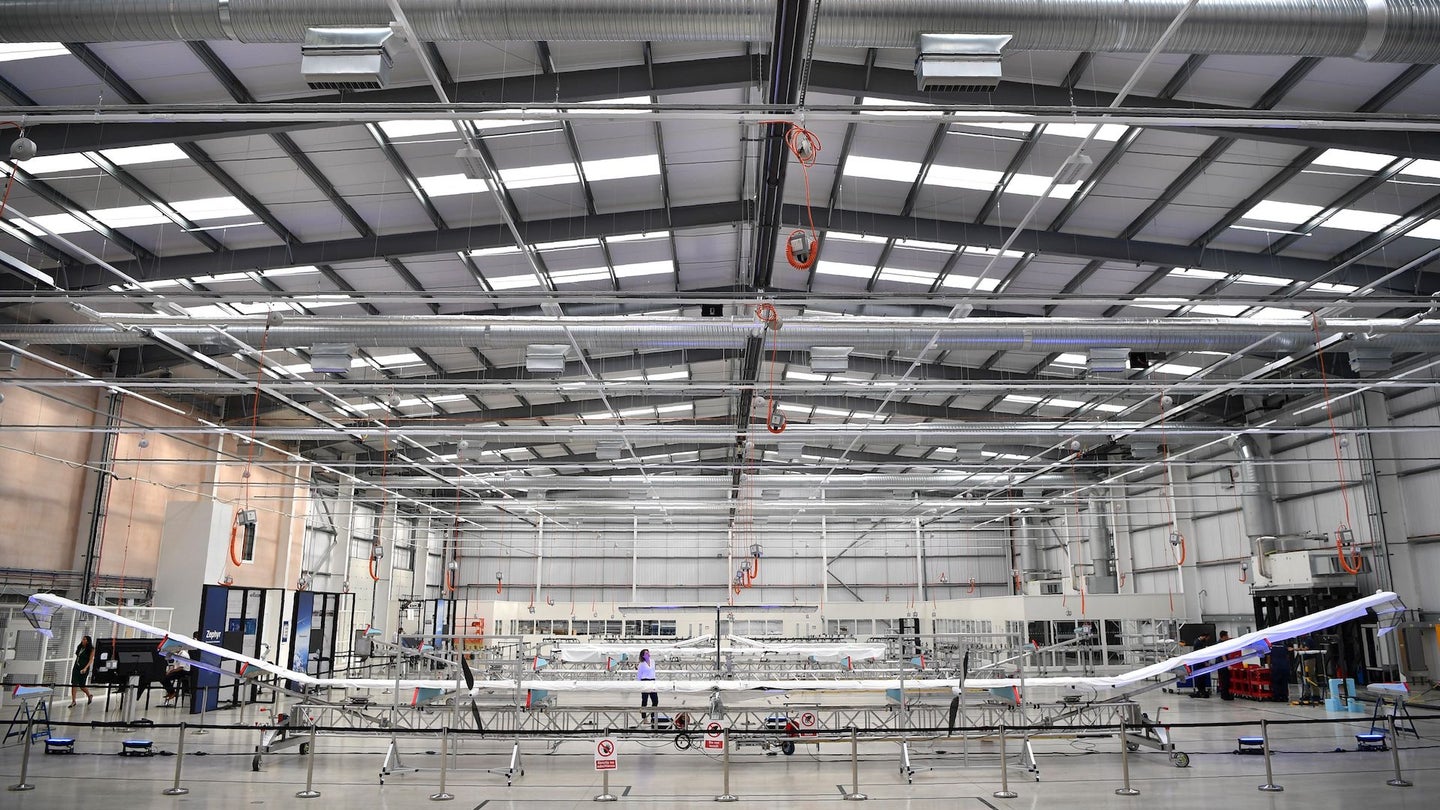 Facebook’s Aquila project wasn’t the only solar-powered drone being developed to provide internet and cellular access to rural and remote areas. In 2014, Boeing’s Phantom Works division applied for a patent that detailed a similar high-altitude, long-endurance (HALE) vehicle. BAE Systems is currently tirelessly working on such an aircraft, too. While Airbus might’ve seemed more focused on passenger drones as of late, it’s now clear the aviation giant is HALE-hungry, as well, as the company’s Zephyr S drone will take flight in September.

According to ZDNet, the Zephyr S weighs 165.3 pounds (75 kilograms) and has a wingspan of 82 feet (25 meters), thereby being incredibly light for such a physically large and technologically capable vehicle. Designed to cruise within the stratosphere at an altitude of 13 miles (21 km), Zephyr’s engineers killed several birds with one stone. Namely, avoiding commercial airplane traffic, continuously refueling through solar energy, and having a stronger line of communication to devices on the ground.

“The first [advantage] is that you are much closer to the Earth, so you can get far higher-resolution imaging,” explained head of the Zephyr program, Sophie Thomas. “Secondly for communications you get reduced latency. The beauty of it is we have an endurance that is really powerful, so we can persist for over 100 days, yet [have] the flexibility of being able to retask.”

Though Airbus has already managed to keep the Zephyr afloat for 14 days without refueling, the company is eager to reach the 100-day mark, and traversing 1,000 nautical miles (1151 miles) per day. Thomas claimed the Zephyr S is substantially more inexpensive than conventional satellites, but that this wasn’t always the case. Essentially, the project was conceptually sound and made complete sense from a physics and engineering standpoint for a long time. It just took the tech landscape time to catch up.

“The vision was there over ten years ago,” said Thomas. “What we’ve been waiting for and working on is the technology developments in different areas like battery technology and the solar array—for that to be ready and available to the standard we need to make this a really viable product. That’s where we are today.”

The Zephyr program has built numerous prototypes for research and development purposes in the past, but the Zephyr S is the first production model as capable as its engineers originally envisioned. Set to start production in Farnborough, England, the drone will initially be deployed from Airbus’ new operating site in Wyndham, Western Australia in September. Ultimately, this is a huge boon to rural and remote areas in desperate need of stable cellular and internet service, Airbus as a drone company, and the entire UAV industry at-large.