In the near future, drone-satellite hybrids could be hovering within our atmosphere, monitoring large parts of the Earth, potentially for months at a time. 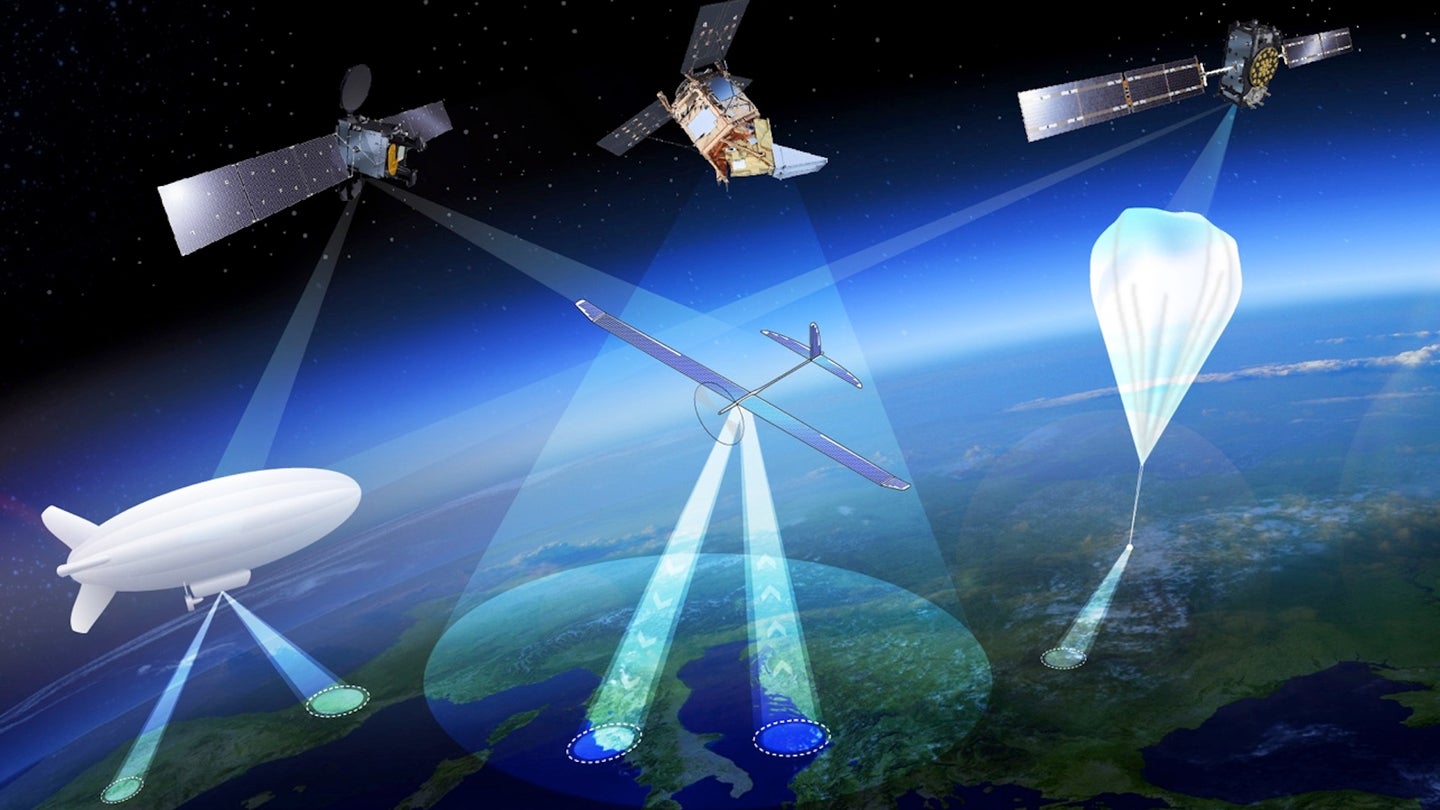 On Tuesday, the European Space Agency announced that it’s working on developing aerial vehicles that operate like satellites but fly at altitudes similar to standard aircraft. In the agency’s own words, these High Altitude Pseudo-Satellites would bridge that “‘missing link’ between drones and satellites,” and serve as unmanned aerial vehicles that continuously monitor the earth from a fixed position inside our atmosphere for months at a time.

According to ESA’s press release, the most fruitful altitude would be 12.4 miles (20 kilometers), which would position these pseudo-satellites above commercial airline traffic and clouds, as the weather conditions there allow for the UAVs to remain stationed in one place without much issue. Reportedly, from this vantage point, the vehicles can monitor terrain up to 310 miles (500 kilometers) away, as well as communicate with stations on the ground via high-bandwidth, or utilize the navigation services of satellites floating nearby.

In the ESA's own words, HAPS "are stratospheric platforms that stay over a fixed point on Earth from weeks to months. Compared to ground-based systems, towers or aircraft, HAPS operate quasi-stationarily at an altitude of approximately 12.4 miles (20 kilometers). This allows them to complement or extend the capabilities of satellites in the domains of Earth Observation, Telecommunication, and Navigation with the potential to further integrate with ground-based infrastructure."

ESA future-systems specialist Antonio Ciccolella says, “For Earth observation, they could provide prolonged high-resolution coverage for priority regions, while for navigation and telecoms they could shrink blind spots in coverage and combine wide bandwidth with negligible signal delay. ESA is looking into how these various domains can be best brought together.”

While the title of "future-systems specialist" may seem foreign to many of us, it certainly warrants its lofty designation. This is the type of work that reaches into the future and pulls it toward us. When new drones that can monitor entire regions of Earth, stay afloat for months at a time, and take advantage of pre-existing satellites are being developed, it’s clear that an entirely new paradigm may arise, regarding geopolitics and surveillance. Suddenly, future-systems specialist seems fairly apt. As Earth observation specialist Thorsten Fehr said, “We’ve been looking into the concept for the last 20 years, but now finally it’s becoming reality.”

How did we get here, and what are the functional prospects regarding your average citizen of the world that this tech provides? Well, according to Fehr, the road has been smoothed over “through the maturing of key technologies…that can deliver competitively priced services.” Essentially, the miniaturizing or various technologies and competition driving the price down so much that innovation was inevitable. As for the potential uses, navigation engineer Roberto Prieto Cerdeira claims “There’s obvious potential for emergency response. They could also be employed semi-permanently, perhaps extending satnav coverage into high, narrow valleys and cities.”

While we’ve seen other aircraft with similar traits before, such as the MIT-developed drone capable of multi-day flight, the AtlantikSolar drone, or Russia’s LA-252, the ESA’s so-called pseudo-satellite project seems like the next logical step. The higher the altitude, the bigger the opportunity for surveillance, monitoring, data collection, and communication. Stay tuned, as we keep our eyes peeled for any potential developments.