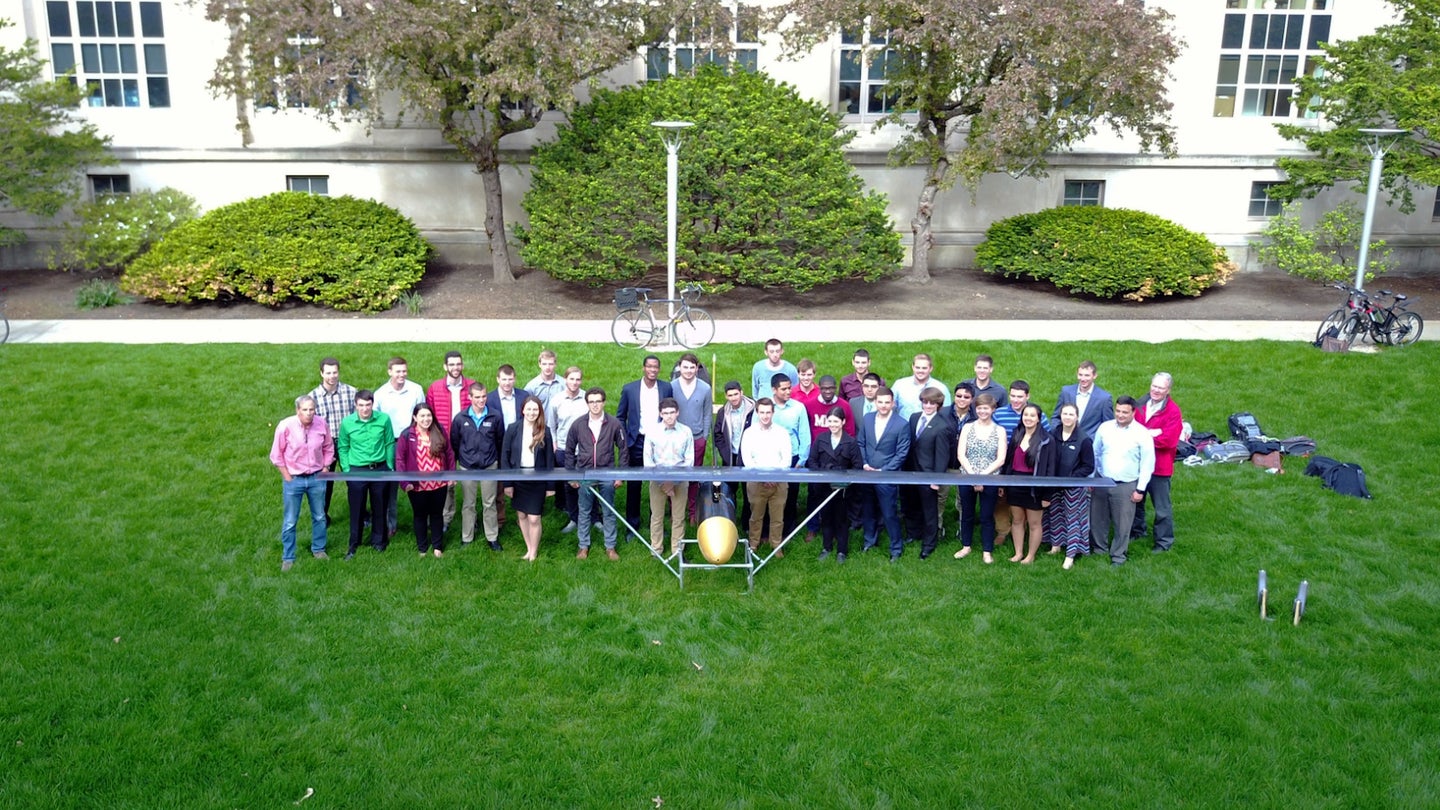 MIT has been taking off in drone-related news lately. Just yesterday we published a story about their recent development of drones that could drive as well as fly, and now it seems they’re ready to impress us all over again. Back in May, a group of engineers at the Institute successfully launched their “Jungle Hawk Owl” drone (which has a 24-foot wingspan) from the back of a car. This thing can supposedly stay in the air for five days without the need to refuel. You may be asking yourself: how the hell is that possible? Are they using solar power to run this thing, especially considering the Chinese recently successfully tested a drone that could stay aloft for an entire day? Well, MIT was on the same page, but quickly ran into issues.

The U.S. Air Force challenged numerous teams at MIT to develop a solar-powered drone that could stay in the skies for several days at a time. The idea was to find a more modern alternative to weather balloons, which have been the standard for delivering vital information across disaster zones and other emergency scenarios for decades. But unlike an unmanned aerial vehicle (UAV), a weather balloon is at the whim of wind gusts and other harsh weather conditions, and not always reliable. The goal was to design the ultimate replacement—more resilient, more efficient, and more controlled.

According to Professor Warren Hoburg, the co-lead of Beaver Works, the option to use solar panels was quickly dismissed because they would inherently require a larger drone on which to place them, making the UAV heavier and requiring a bigger battery. Not only that, but the winter months would limit the drone’s ability to recharge, as would varying latitudes off the equator with not enough daylight per day. Hoburg says, “It’s true that it’s less appealing to be running on gasoline. But building the solar airplane would be a big boondoggle. With the design we chose, we’ve already had a first flight. It was easy to build compared to the other aircraft available, and the cost and fuel consumption are really low. We spent more fuel getting to the launch site than flying the airplane for three days.”

The team successfully designed a working prototype with the help of a Python-based tool called GPkit, designed by Hoburg himself. Lightweight materials such as carbon fiber and Kevlar were instrumental in getting the UAV to weigh as little as possible—55 pounds when all was said and done. Of course, that a dry weight; all in all, the resulting weight is about 150 pounds, which is still very impressive for an unmanned vehicle that can stay in the sky for days at a time. According to TechCrunch, this drone can be easily taken apart and transported, in the hopes of appealing to disaster-affected and rural areas. The Beaver Works team also hopes that tech giants like Google and Facebook would utilize their UAV model to bring internet access to those in need. As of now, these hyper-intelligent engineers are refining their prototype in communication with the FAA, and testing the UAV whenever possible.