The defense agency just partnered with Silent Falcon UAS Technologies to develop a remotely charged drone that would never have to land. 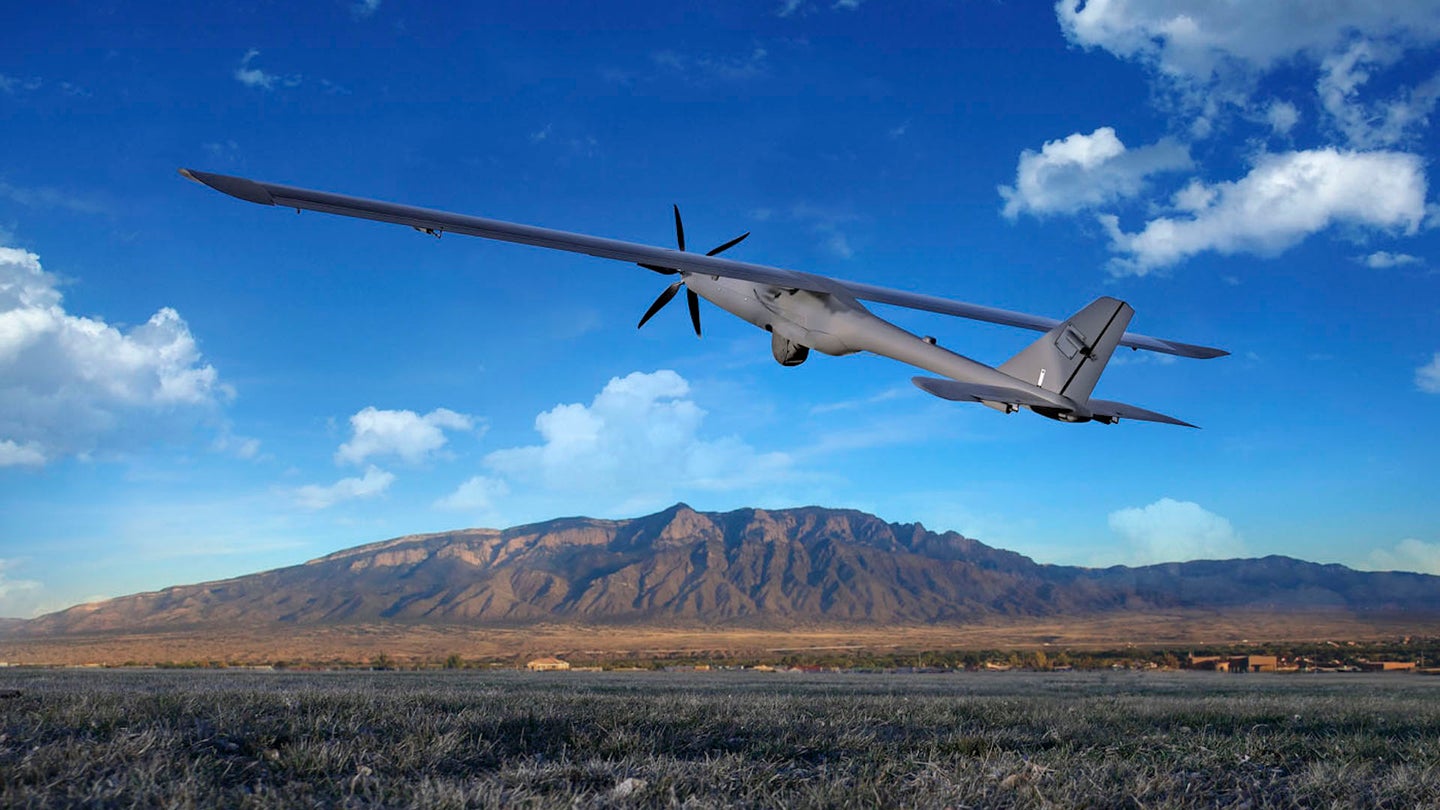 The Defense Advanced Research Projects Agency (DARPA) arguably develops some of the most technologically advanced systems known to man, and its latest endeavor certainly continues that tradition. While the agency’s Stand-off Ubiquitous Power/Energy Replenishment - Power Beaming Demo (SUPER PBD) program definitely has a lengthy title, it actually has the very essence of protraction at its core.

DARPA has partnered with Silent Falcon UAS Technologies and tasked it to develop a laser-based method of charging its solar electric-powered, fixed-wing drones during flight. According to the Silent Falcon press release, the goal is to establish a safe and efficient method of prolonging flight times to virtual indefiniteness, as the need to land or refuel would be removed entirely.

Silent Falcon has made a name for itself by making long endurance, long range, solar electric-powered drones, the exact combination of which was at the root of DARPA’s search for the right company to collaborate with. Using a laser light source to literally beam energy at Silent Falcon’s solar electric-powered UAV, the drone could engage in sequential phases of flying, and flying while charging.

“We are extremely fortunate to partner with DARPA in this first of its kind demonstration of new and innovative UAS technologies,” said Silent Falcon UAS Chairman, John W. Brown. “The SUPER PBD project will set the stage for future applications of the power beaming capabilities and further demonstrates the versatility of the technology embedded in the Silent Falcon, the only solar electric, long range, long endurance UAS.”

The potential use cases for this technology are endless and range from extended search and rescue missions and large-scale surveying of disaster areas to military operations and internet access-spreading initiatives. While the entire industry has been laser-focused on how drones can improve established commercial industries, the feasibility of indefinitely operational drones in our skies opens the door to entirely newfound solutions to problems we may have never thought we had.

Instead of the Air Force deploying a reaper twice a day to help the California Air National Guard combat the disastrous Carr Fire, for instance, the above technology could provide continuous, unfettered assistance. For rural or remote areas with a complete lack of infrastructure, a drone like this could feasibly be leased by local governments to provide cellular and internet access to facilitate more efficient reconstruction on the ground. By adding a drone that never has to land or refuel, a whole new box of building blocks appears.