California's Department of Forestry and Fire Protection agency has received aerial help from the state's Air National Guard and its Reaper drone. 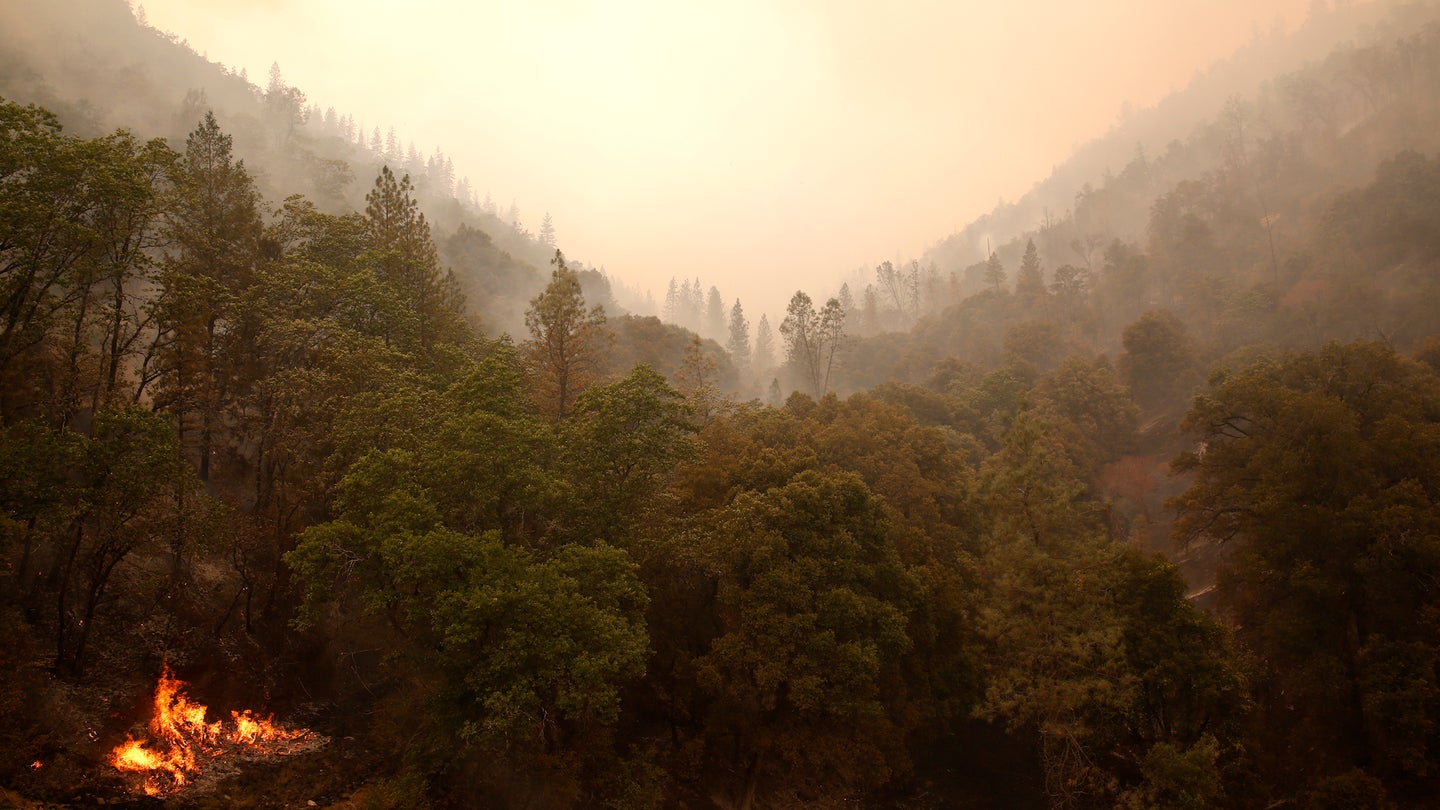 The California Air National Guard’s 195th Wing, stationed at Beale Air Force Base, has been assisting the state’s Department of Forestry and Fire Protection agency (CAL FIRE) with aerial reconnaissance and surveillance to help combat the Carr fire in Redding, California, according to a Department of Defense press release.

Unfortunately, rampant wildfires have filled the airwaves too often in recent years, frequently destroying homes, properties, and lives in the drier climates of this country. On the bright side, efforts by the likes of Northrop Grumman, Colorado lawmakers, and fire departments across the U.S. are increasingly arguing for efficient unmanned aerial systems to help combat these disastrous emergencies. With a simple surveillance drone serving as the proverbial eye in the sky, the men and women working tirelessly on the ground can use this unmanned bird’s-eye view to their firefighting advantage.

“We’re able to provide real-time eyes in any area where the fire’s at,” explained Air Force Maj. and intelligence analyst manager Nicholas Edwards. “We can provide information to where CAL FIRE can direct resources. We give information to the decision makers in a timely manner.”

Within a week, wildfires have damages around 90,000 acres of land, destroyed over 500 homes and buildings, and killed a minimum of six people. For thousands of Redding residents, evacuation was imperative. CAL FIRE intelligence officer Capt. Robert DeCamp sees the California Guard’s contributions as a major relief, stating they’re “seriously helping us.”

“The knowledge they have and the information they provide are critical for us to fight the fire,” said DeCamp. “They have equipment we don’t have, and that helps us tremendously.” We’ve covered similar sentiments before, and have seen firefighters use invaluable drone assistance to contain rapidly spreading fires. In California, however, things have gotten so bad that recreational drones don’t quite cut it, and the Air Force’s MQ-9 Reaper drone has been put into play.

Practically, the Reaper uses its wide-range sensors to collect and relay precise data regarding heat temperatures, location and movement, alongside high-resolution imagery of the fire, to help CAL FIRE more strategically and efficiently manage its resources. Twice daily, Air Force Sgt. and imagery expert Matthew LeMaire and Air Force Staff Sgt. and analyst Marlon Ramos use the Reaper to monitor the fire and provide informative printouts to CAL FIRE.

The collected data is then overlaid and compared to maps of the region, giving first responders and firefighters on the ground a more informed view. They can then prioritize their resources by essentially tracking the fire’s movements, and then methodically counter the situation more efficiently. “This is one fire that’s very unpredictable, but we can track it with the capabilities the Guard provides us,” said DeCamp.

At the time of writing, the Carr fire is the seventh most destructive wildfire in California history. While it’s deeply unsettling to see nature’s indifferent response to the lives of local residents and their loved ones, it’s heartening to see CAL FIRE and California’s Air National Guard work so closely together in tempering the situation. Hopefully, we can take advantage of our modern unmanned aerial systems even more, as time goes on, in order to prevent fires like these from unnecessarily spreading before they wreak such unfortunate havoc.