Reno Fire Department Gets Drone to Aproach and Assess Fires

The fire department demonstrated how effective its UAV can be in a more strategic approach to fire and emergency scenarios. 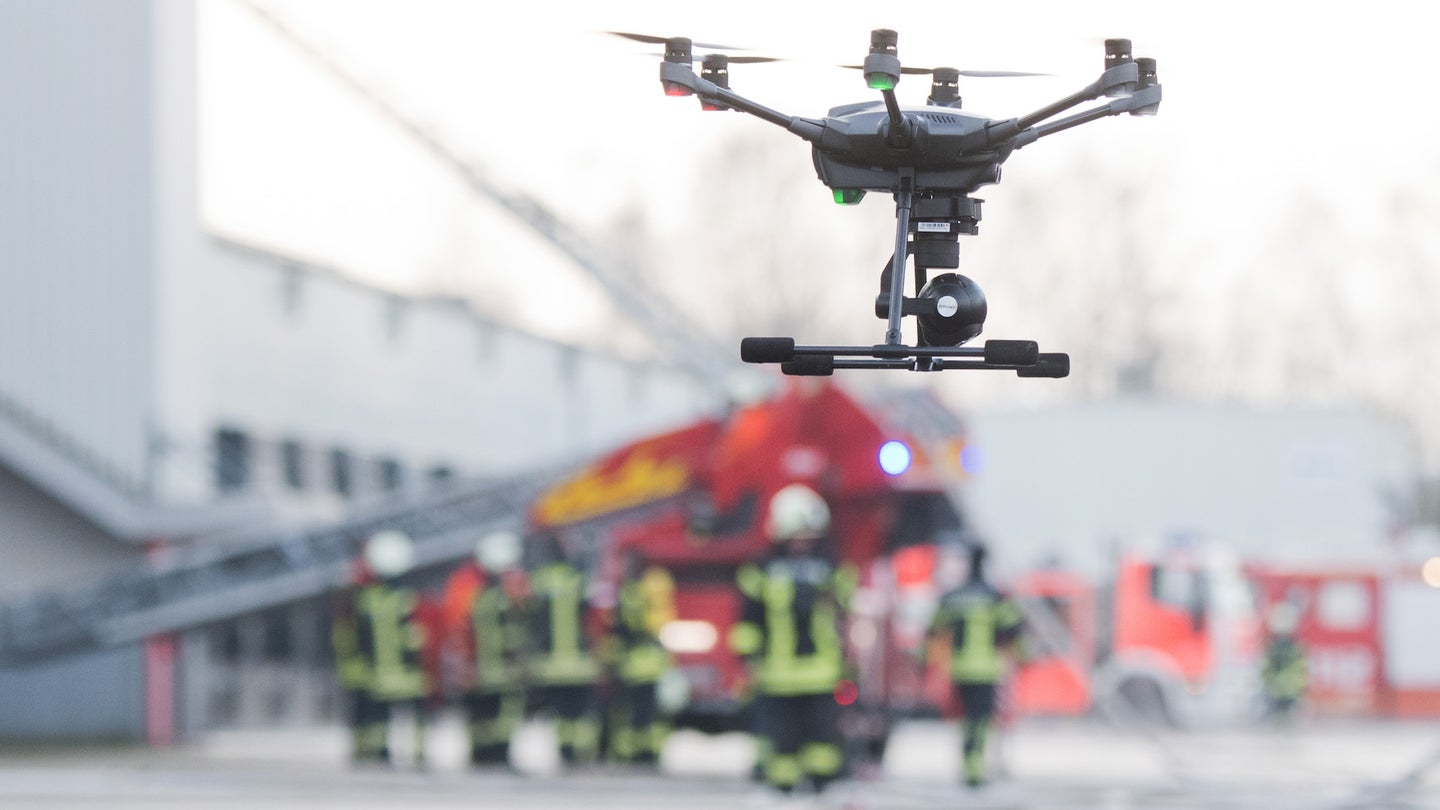 The Reno Fire Department (RFD) demonstrated its new unmanned aerial vehicle during a simulated emergency scenario Thursday, according to KTVN. The drone, intended to provide firefighters with invaluable vantage points and more well-informed strategies to combat fires, is reportedly already being used in the field.

“It allows us to change our tactics in a quicker fashion, so that we can deploy our resources better,” said Reno Fire Department Capt. David Rutherford. “Otherwise, we go in there and we search for a while through the smoke, and then do every nook and cranny before we advance. So it makes it much quicker.”

As far as drone use in firefighting goes, the modern aerial tool has proven itself to be invaluable for public safety offices across the globe. From accurately assessing the Grenfell Tower situation in London last year and the Indiana Fire Department increasingly relying on the tool, to the California Air National Guard aerially managing the disastrous Carr Fire in California this summer, drones are putting out fires left and right.

The RFD’s demonstration on Thursday saw ground crews attempt to force entry into a burning building, while the drone aerially surveyed the situation from above until it identified the fire’s location on the second floor, in addition to a victim trapped nearby. The simulation intended to display just how effective the mere addition of one drone really is, for firefighters who conventionally rely on their own eyes and ears, and basic radio communications. With the drone, firefighters were able to immediately locate the victim and clear them of danger, all within a handful of minutes.

Capt. Rutherford said the RFD drone is also highly beneficial during search and rescue missions, emergencies in water, at night, on ice, and for mapping various terrain.

Ultimately, it’s undeniable how vastly effective our modern camera drones can be for first responders such as firefighters. The bird’s-eye view alone, not to mention thermal imaging technology and deployment before ground crews even arrive, makes it a tool fire departments may push to have access to along with its arsenal of current tools and strategies.