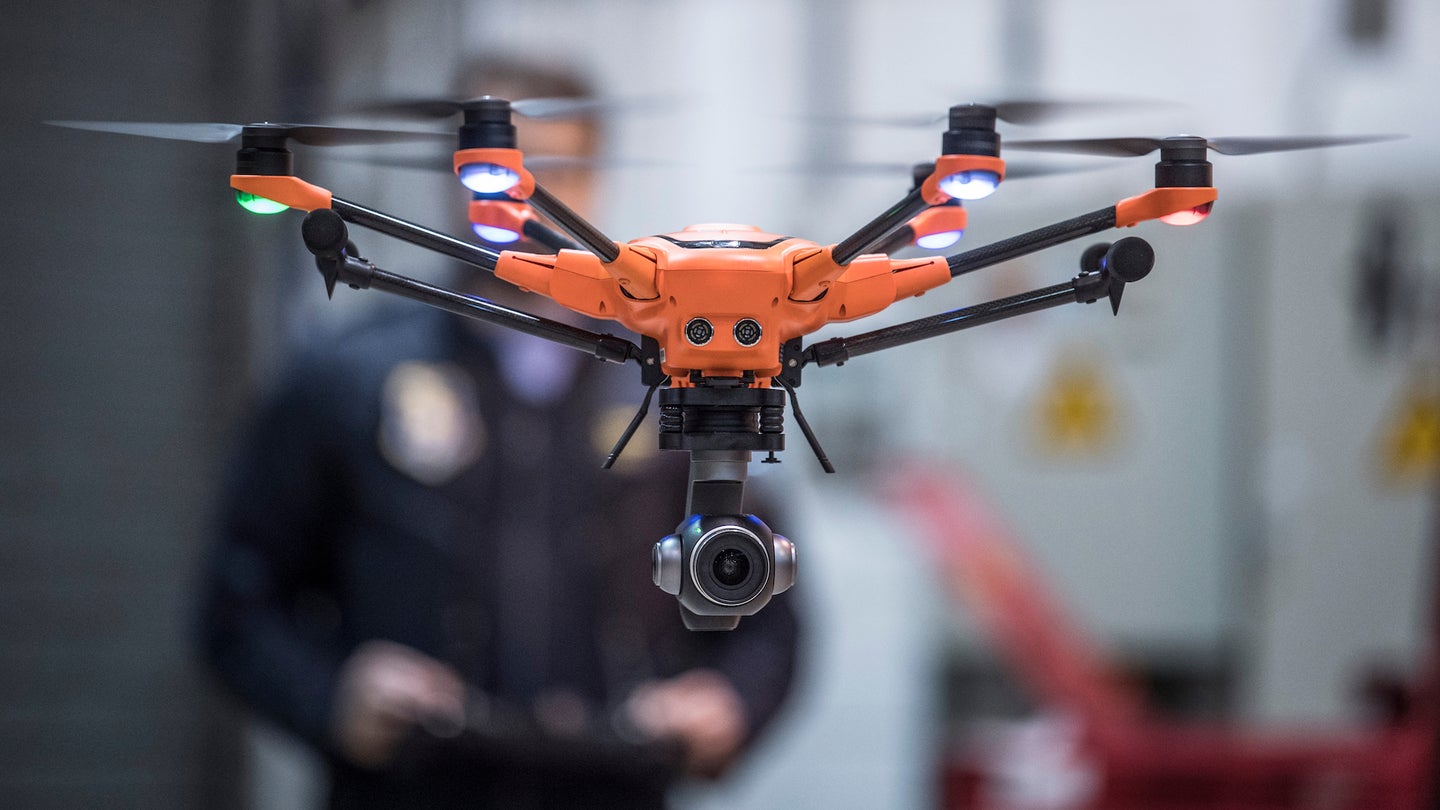 An Idaho Falls Police Department officer has been selected to help create a statewide roster of agencies using drones. This is meant to both facilitate interdepartmental use of the technology as well as shepherd and inform departments new to unmanned aerial vehicles about the rules and accepted use-cases.

According to the Post Register, police officer David Barker has been assigned to establish the Idaho Public Safety UAS Council, with the aim of creating a statewide directory of law enforcement entities operating drones. “What they want to do is start with a statewide roster or a directory of the agencies that are using unmanned aircraft systems,” said Barker. “Basically, if somebody needs a contact in some part of the state, there’s a directory of who to contact within the department.”

The idea to create a statewide roster wasn’t entirely Idaho’s alone, as it’s merely one step toward creating a thorough, nationwide directory which the National Council on Public Safety UAS (NCPSU) has been working on. As a Bard College study previously cited by the NCPSU points out, there’s been an 82 percent increase in domestic public safety offices using drones in the past year alone. Hence, establishing transparency and a clear, informative directory of each agency involved is not only logical, but important for the integrity of governmental drone use moving forward.

There are currently 12 public safety departments with drone programs in Idaho that have registered with the Federal Aviation Administration, including the Idaho Falls Police Department employing Barker. According to him, while he has reached out to those 11 departments to consolidate the requisite information, he has yet to hear back.

It isn’t merely assessing which offices are currently using drones, however, that is the goal here. Barker wants to shepherd those who have yet to dip their toes into the UAV pool, to increase the number of agencies in the state capable of utilizing drone technology to save lives. Unfortunately, some of these departments have employees that have been using drones without being authorized by the FAA to do so.

“Until that authorization and approval is done, essentially they’re operating illegally or outside the rules,” said Barker. “Sometimes it’s the cart before the horse. They’ve gone out and bought something, now they’ve got some funding invested in this and they find out they can’t do it because they don’t have authorization for it.”

Fire departments and law enforcement agencies across the country are increasingly relying on drones to help them with their day to day activities, from search and rescue to crime scene monitoring. While the road toward a thoroughly established network of agencies using UAVs, from proper registration, clear directories, and a cohesive set of regulations, is taking time due to the nature of the bureaucratic process, the state of Idaho should serve as an example of what actually can be done in the meantime.