The New York City Uber driver really had to go, so he grabbed a bottle. 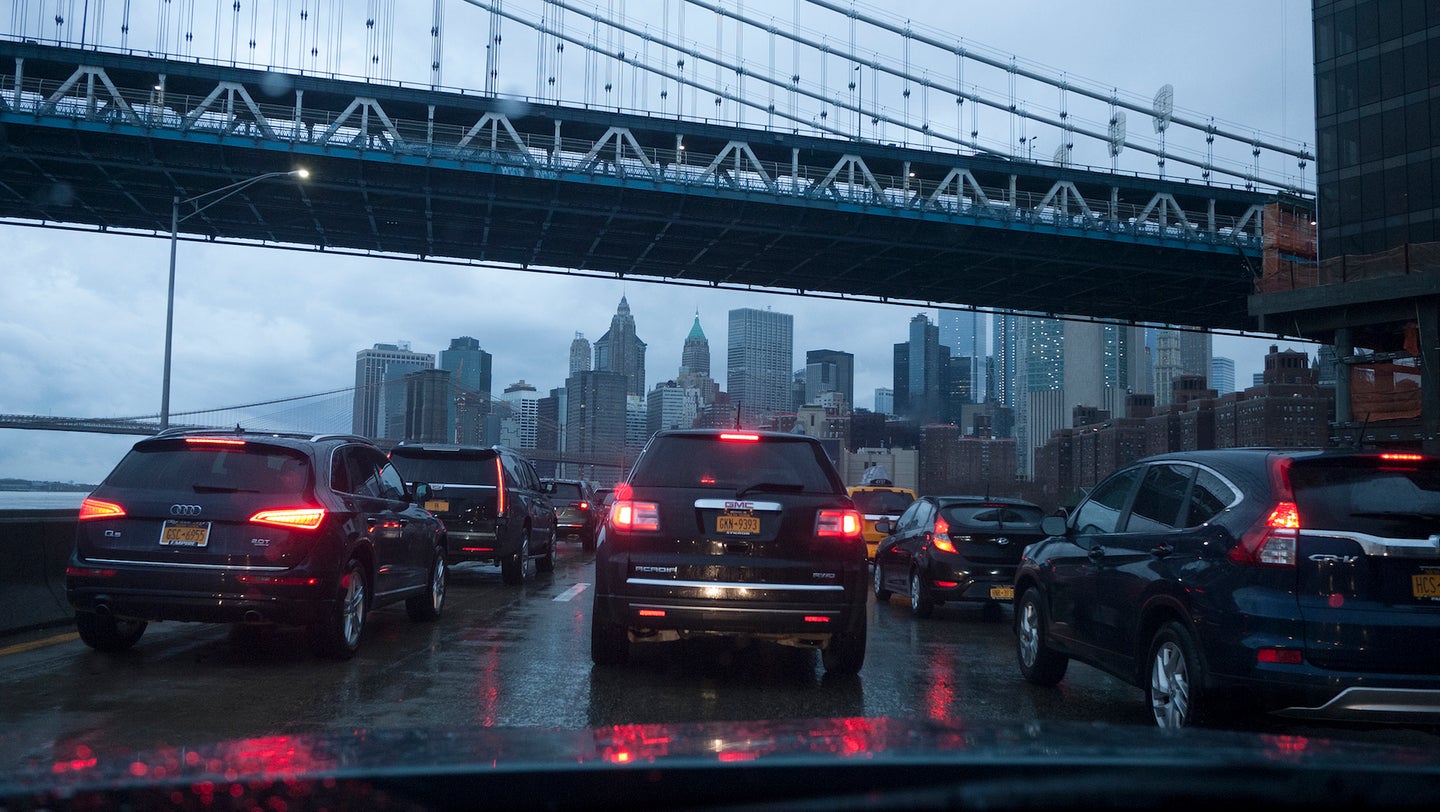 When you gotta go, you gotta go. That's how a New York City Uber driver must've felt when he reached for a plastic bottle to relieve himself while driving— during a paid ride while a passenger recorded him on video.

Uber passenger Raichelle Carter found herself in the back of a minivan for an Uber Pool ride when she noticed that her driver, who sat in the seat directly in front of her, began undoing his pants.  The reason why the driver was undoing his pants wasn't as scary as it could've been, as he was simply attempting to relieve himself after being behind the wheel for what he claims was "one hour and a half."

According to the New York Post, Carter was listening to music during her ride when she grasped what was happening and quickly began capturing the moment on video. And while the footage doesn't actually show the driver peeing into the bottle (thankfully), the sound of what's happening behind the wheel tells the whole story.

“I had my headphones in and was just trying to chill and unwind, and then I notice that we stopped moving," Carter told the New York Post. Then I see him unbuckling his pants and hear urine hit the bottle."

“I was raised with males. But when I’m sitting there in a car with him in a minivan that he operates the doors to, I’m a sitting duck wondering what’s happening to me.”

The Uber driver, who has only been identified as Avraham, has been banned from the Uber driver platform, as "peeing while driving" isn't only dangerous and gross, but also against Uber's code of conduct.

“This is completely inappropriate and a clear violation of our community guidelines,” an Uber spokeswoman told the New York Post. “The driver’s access to the app has been removed.”

What happened to Carter is in no way justifiable, but this situation puts the spotlight on the challenges that thousands of Uber, taxi, limo, and public transport drivers in New York City must face every day. With long hours behind the wheel, few places to park, and high quotas to meet, it's not always easy or convenient for drivers to take a bathroom break.

While Uber and the New York Taxi and Limousine Commission's deputy commissioner for public affairs Allan Fromberg have labeled this situation as "poor judgment," perhaps additional measures to keep drivers from relieving themselves in a bottle while on duty out of desperation should be implemented sooner rather than later.

“The driver unquestionably used poor judgment in his desperation, and this is not condoned in the TLC’s rules,” Fromberg told the New York Post. “The practical truth, however, is that despite the existence of 19 FHV [For Hire Vehicle] relief stands in Manhattan alone, bathroom access is a real problem for drivers resulting in real health risks, and we encourage restaurants and other establishments to make their facilities available to drivers in need.”

Accusations of discrimination against women continue to plague the company.