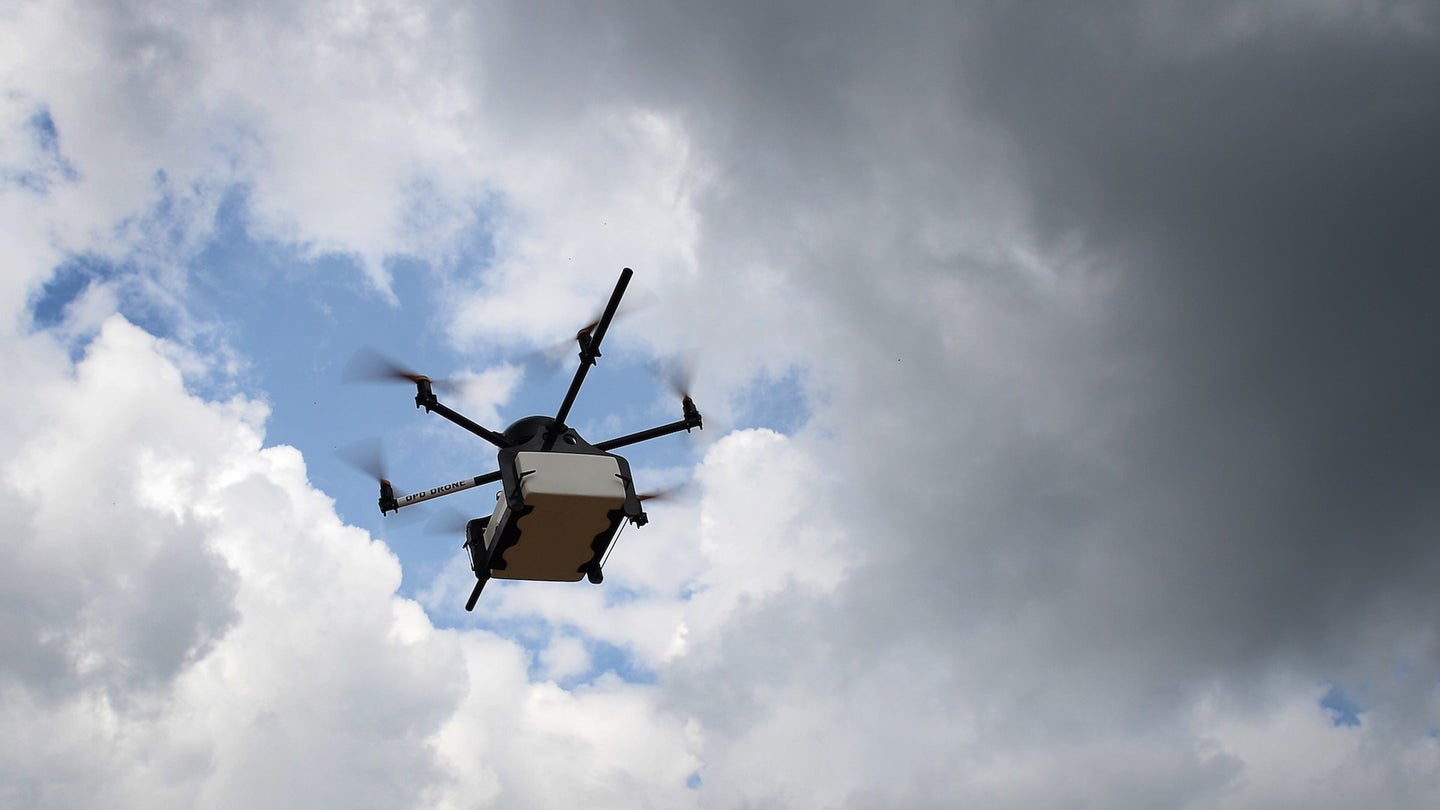 We recently reported on drone delivery company Flytrex garnering entry into the UAS Integration Pilot Program and joining both Matternet and Zipline’s efforts at thoroughly testing aerial deliveries in partnership with the North Carolina Department of Transportation. It seems as though the trial phase has gone well because real-world deliveries are coming to Holly Springs; the town council has officially reviewed Flytrex’s proposal on Tuesday and the company is preparing to actively test aerial deliveries in the area, according to CBS17.

“Our project consists of a drone delivery company coming into town, setting up near a local restaurant, and then those businesses can actually utilize the drones,” explained Holly Springs’ Assistant Director of Engineering, Aaron Levitt. “We are pumped. I think it’s really exciting. What we’re talking about is expanding municipal services, and bringing this technology to a town that most people in the country have never heard of before. So it’s really going to put us on the map and put us out there as an innovative and high-tech town, and a growing town.”

Now that the town council has reviewed the company’s proposal, Flytrex representatives are scheduled to meet with them on August 7. The company famously launched the world’s first autonomous drone delivery system in Iceland’s capital last year and currently has 23 delivery spots littered throughout Reykjavik where customers can pick up orders within a mere five minutes after purchase confirmation. Clearly, the FAA, its UAS Integration Pilot Program, North Carolina’s Department of Transportation and the city of Holly Springs were all equally confident that Flytrex was the right company for the job. At the very least, it’ll reduce a fair amount of ground-based traffic and serve as further testing in a real-world setting.

“Every drone in the air is going to be one less car on the street once we start delivering goods so it won’t improve capacity on the roads but it will decrease demand on the roads,” said Levitt. “That’s all part of what this program is about. The FAA is going to be scrutinizing all of these steps as we try to take them, and work with us, but also keeping us accountable.”

Holly Springs engineers said the town will crawl before walking, and walk before running. The plan is to first deliver meals within the line of sight, in order to establish how efficient and effective domestic drone deliveries can be without breaching the FAA’s thoroughly established beyond visual line-of-sight (BVLOS) regulations. Eventually, however, Holly Springs wants Flytrex drones to operate at night, over people, and potentially begin BVLOS flights with proper authorization.

While the town began using drone technology to survey and inspect construction sites as early as 2014, Levitt said the UAS Integration Pilot Program and Flytrex’s activities in North Carolina will soon develop cohesive “roadways in the sky” by slowly implementing these aerial deliveries. When we initially reported on this venture, it was medical supplies that were at the forefront of these proposed aerial tests. According to North Carolina’s Department of Transportation Aviation Spokesperson, James Pearce, food service management and medical supplies aren’t all that different, however, in terms of transportation.

“One thing that’s really interesting about the Holly Springs part of it is how similar food delivery and medical equipment delivery is,” Pearce said. “You have to keep things level and secure and at a certain temperature, they have to get there within a certain amount of time. By using food and medical supplies, we’re testing the same types of operations.”

For a company that began with aerial mail delivery testing in Ukraine and a determination to establish itself as a convenience for customers that would simultaneously reduce ground-based traffic, Flytrex has come a long way in the past year. Not only has it established a reliable unmanned air traffic management system and tangibly created a 23-hub drone delivery system in Iceland, but it’s now working with the FAA and North Carolina’s Transportation Department on bringing food deliveries to the U.S. Frankly, with all of these missions taking off as planned, it wouldn’t be a shock to see expanded testing get off the ground sooner rather than later.