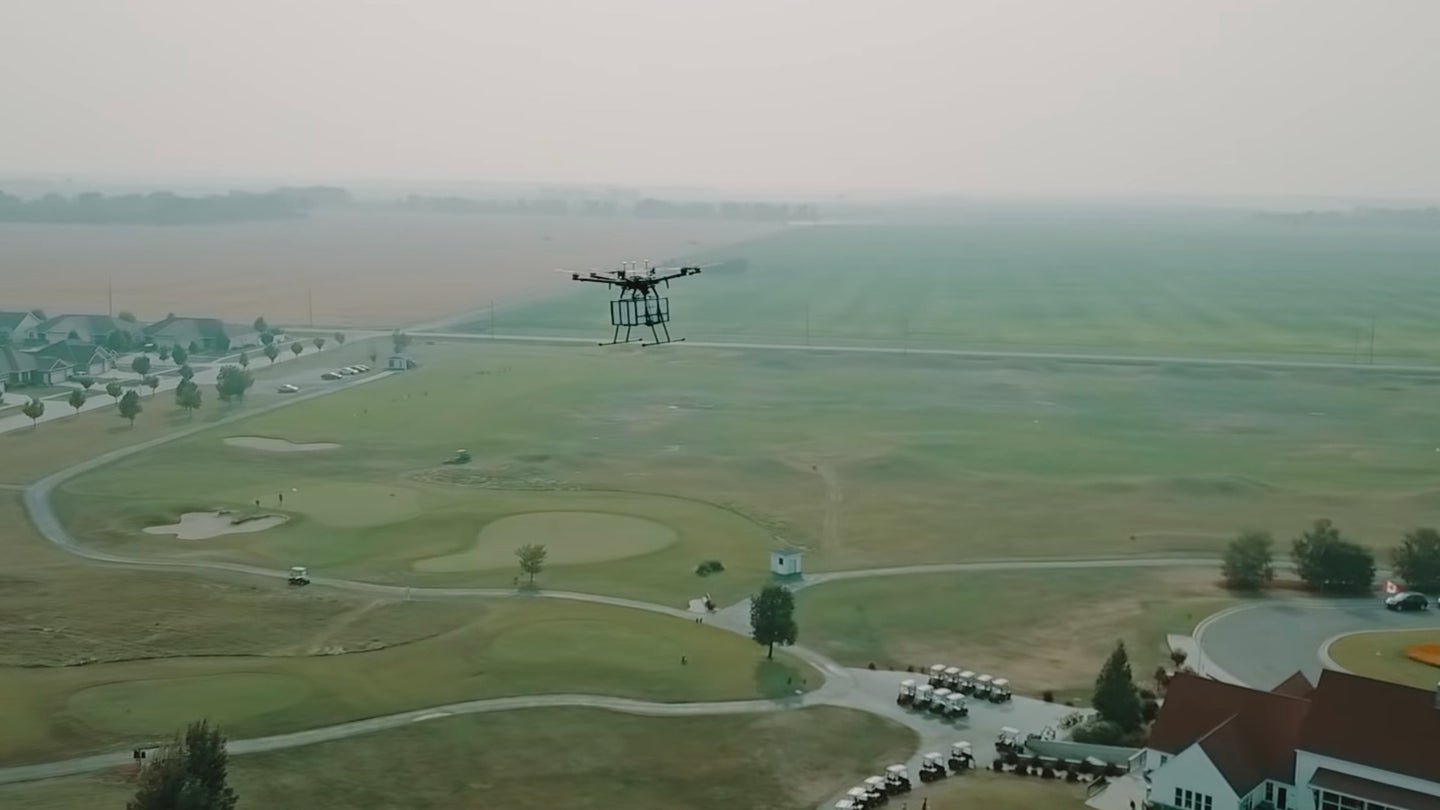 Flytrex has partnered with and begun aerial food deliveries at the King’s Walk golf course in North Dakota, according to CNN.

Unbeknownst to the world until Wednesday, Flytrex quietly gathered golfers together for the first aerial food delivery on a golf course in the United States last month, and as you can tell from the video below, it seems to be managed pretty thoroughly.

With golf courses providing big, open spaces and thereby decreasing the amount of collision risk or injury, it’s prime real estate to transition from closed-off testing to active, real-world implementation. Practically, golfers place an order and the restaurant deploys a drone once the payload is secured. The UAV then whirs to its destination and lowers the meal down nearby.

Let’s take a closer look at what aerial food and drink deliveries on a golf course actually look like, shall we?

North Dakota is one of only 10 select states that are authorized by the Federal Aviation Administration to serve as UAS Test Sites for the UAS Integration Pilot Program. The territory ranks highest in drone experts across the country, as evidenced by North Dakota State University’s engineering feats, and recently garnered FAA approval to conduct beyond visual line of sight (BVLOS) missions at its Test Site.

The end goal is to establish the company as the go-to service for drone deliveries to private residences. In each endeavor, it seems, open spaces are at the forefront of strategic implementation. Yariv Bash, CEO of FlyTrex said the company is planning to scale up its drone deliveries in Iceland, and is also working with North Carolina to bring aerial deliveries to the suburbs of Raleigh.

“We don’t want you climbing onto your rooftop,” said Bash.

For Flytrex, this is only the beginning. The Israeli startup launched the world’s first autonomous drone delivery system in Iceland last year, and has since garnered favor with the FAA, joining Matternet and Zipline for drone trials and testing at North Carolina’s UAS Test Site.

Ultimately, this is exciting to watch not merely because we’ve been following the company’s progress from an ambitious startup that wanted to “take charge of the whole system” to one that built the world’s first autonomous drone delivery system, but because Flytrex’s momentum doesn’t seem to be slowing anytime soon. Ideally, the newly-launched drone delivery trial at King’s Walk golf course goes swimmingly, so that the long-awaited expansion into American suburbs can finally begin.

The university’s Agricultural and Biosystems Engineering department bought an $18,000 herbicide-spraying UAV. It covers 33 acres an hour.