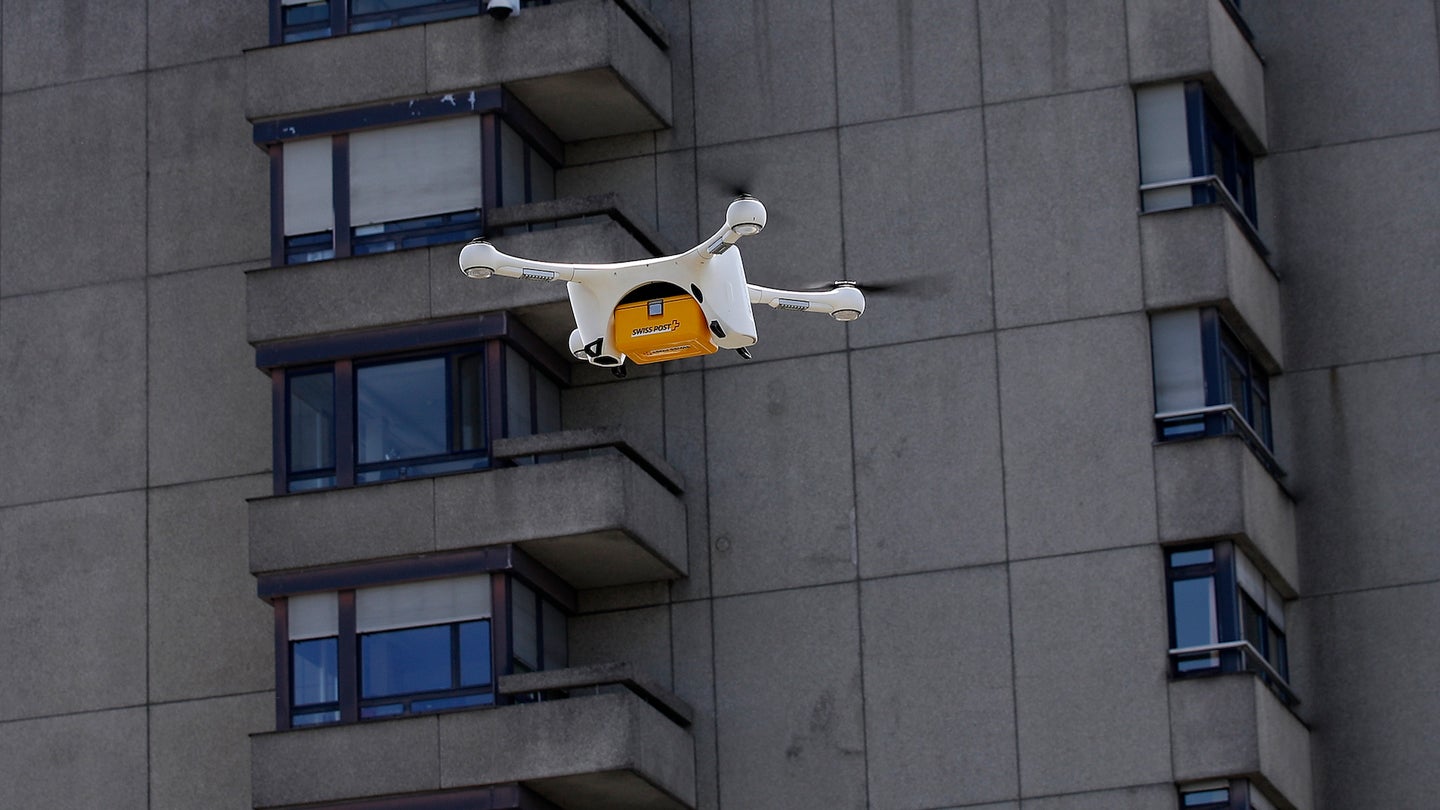 California-based logistics company Matternet joined Swiss Post for aerial delivery of medical supplies and blood samples in populated city environments in Switzerland last year. In May, the company joined the Trump administration’s UAS Integration Pilot Program and partnered with Zipline and Flytrex for more thorough, less restricted drone delivery testing in North Carolina. According to TechCrunch, the logistics company just scored another coup: $16 million in funding, led by Boeing’s HorizonX Ventures, which Matternet aims to use for expansion in the U.S. and urban environments overseas.

“Matternet’s technology and proven track record make the development of a safe, global autonomous air mobility system a near-term reality,” said Boeing HorizonX Ventures Managing Director Brian Schettler. “Between the company’s success in Switzerland and being selected by the [Federal Aviation Administration] to test unmanned aerial networks in the U.S., we are excited to work together to reimagine how the world connects and shape the next generation of transportation solutions.”

While that may all sound like blatantly obvious positive public relations-speak, Schettler’s enthusiasm is warranted. Matternet has already conducted more than 1,700 successful flights above populated city environments in Switzerland, with more than 850 deliveries of medical samples and supplies helping ailing patients get what they need, efficiently and directly. Garnering entry into the nascent UAS Integration Pilot Program, of course, is simply the cherry on top for any investor looking to jump on Matternet’s medical drone delivery supply bandwagon.

In case you’ve never heard of this now thoroughly-funded drone logistics company, the process is fairly simple. The app-based service begins by filling out forms with item details, as well as selecting pre-authorized pick-up and drop-off locations. An item, such as a secured blood sample, is placed in the drone’s compartment before the UAV takes off. It then arrives at its destination, with the receiver simply scanning a QR code or two-dimensional bar code to retrieve the payload. Have a look at this all-encompassing video showcasing the company's services.

While we’ve seen plenty of efforts in the drone industry targeting the need for rapid, secure medical supply deliveries, Matternet seems to be making all the right moves. From taking its time to establish itself as a reliable and safe provider of aerial deliveries in Switzerland, with nearly 2,000 successful flights under its belt, the company gained further governmental legitimacy by joining the North Carolina-based testing in the States, and has now secured $16 million in funding from Boeing, Swiss Post, Sony Innovation Fund and Levitate Capital. With a track record and backing like this, the company’s intended expansion into U.S. airspace seems not only likely, but logical.