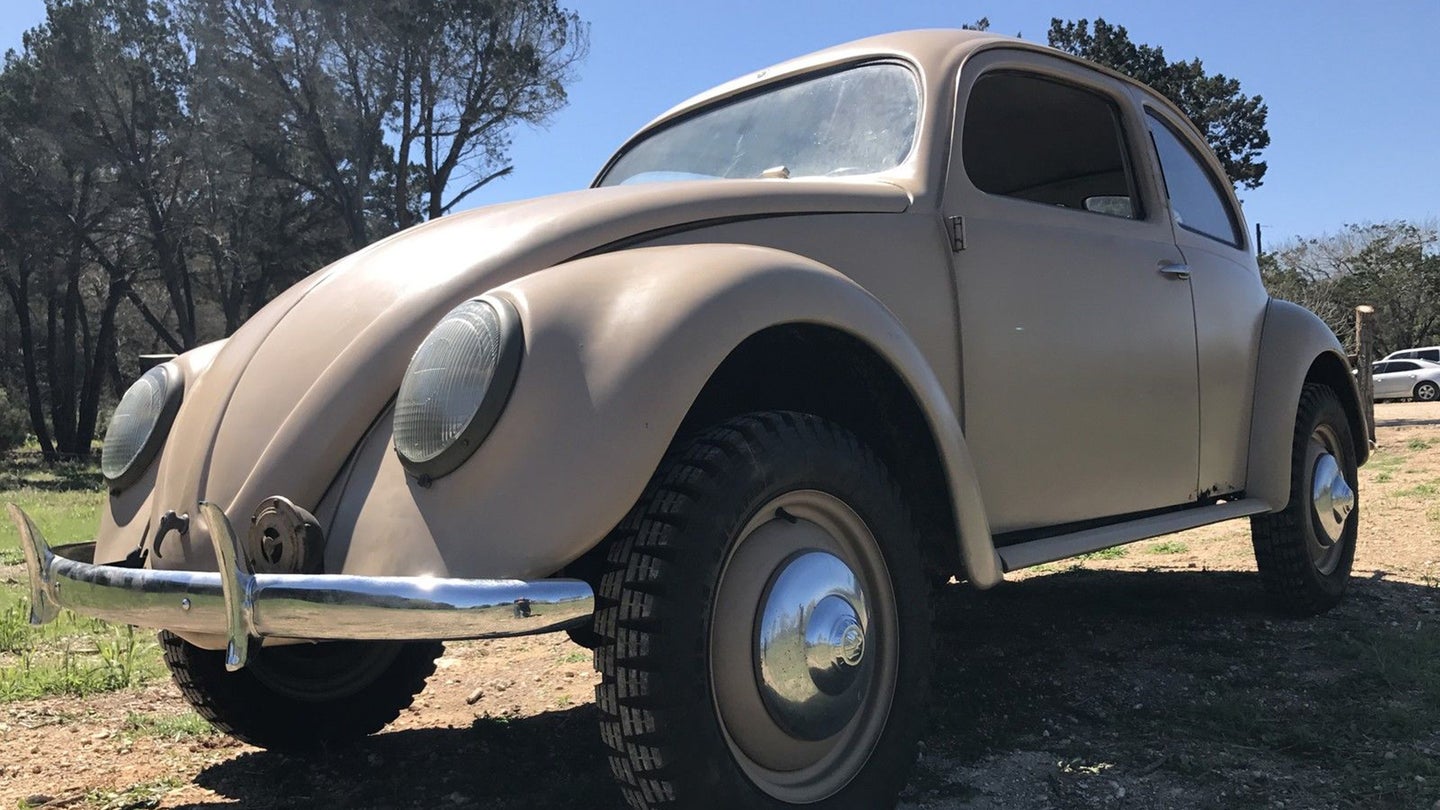 Hey, dear reader—any chance you happen to be a mass murder-obsessed car collector with a particular fetish for Volkswagens owned by despicable people? Well, then, we've got good news for you. Ted Bundy's VW Bug may still be locked away in the Crime Museum, but you could soon become the owner of Hermann Göring's Volkswagen Beetle, courtesy of the folks at West Coast Choppers.

According to the car's eBay listing, the 1944 Volkswagen KdF-Wagen (as such early Beetles are commonly known) is one of the handful of World War II-era Vee-Dubs to survive the Allied Powers' apocalyptic bombing of Germany intact. Nearly every part of the car, including the engine, transmission, suspension, and interior, is original, though the exterior has been repainted. And as you'd expect with a car packing such a notable pedigree, it comes complete with a fully documented history, including proof of its delivery to Göring's Berlin office in February 1944.

For those who haven't turned on the History Channel in a few years, Göring was a former World War I fighter pilot who became one of the most powerful members of the Nazi party. He served as Hitler's number two for much of the latter's time in power, founding the Gestapo in 1933 and serving as the commander of the Luftwaffe until the end of the Second World War. After falling out of favor with the Führer in 1943over the air force's failures, he spent much of the rest of the war plundering valuables from the Nazis' victims, including Jews killed during the Holocaust. After the war, he was convicted of war crimes and sentenced to death—but committed suicide via cyanide the night before his execution.

If you want to take this Nazi-owned sled home, however, you'd better be prepared to pay handsomely. The eBay Buy It Now price? $525,000.

Motorcyclist Plows Into Car After Staring at Volkswagen Beetle

Keep your eyes on the road, pal. You can always go online and check out Beetles when you get home.