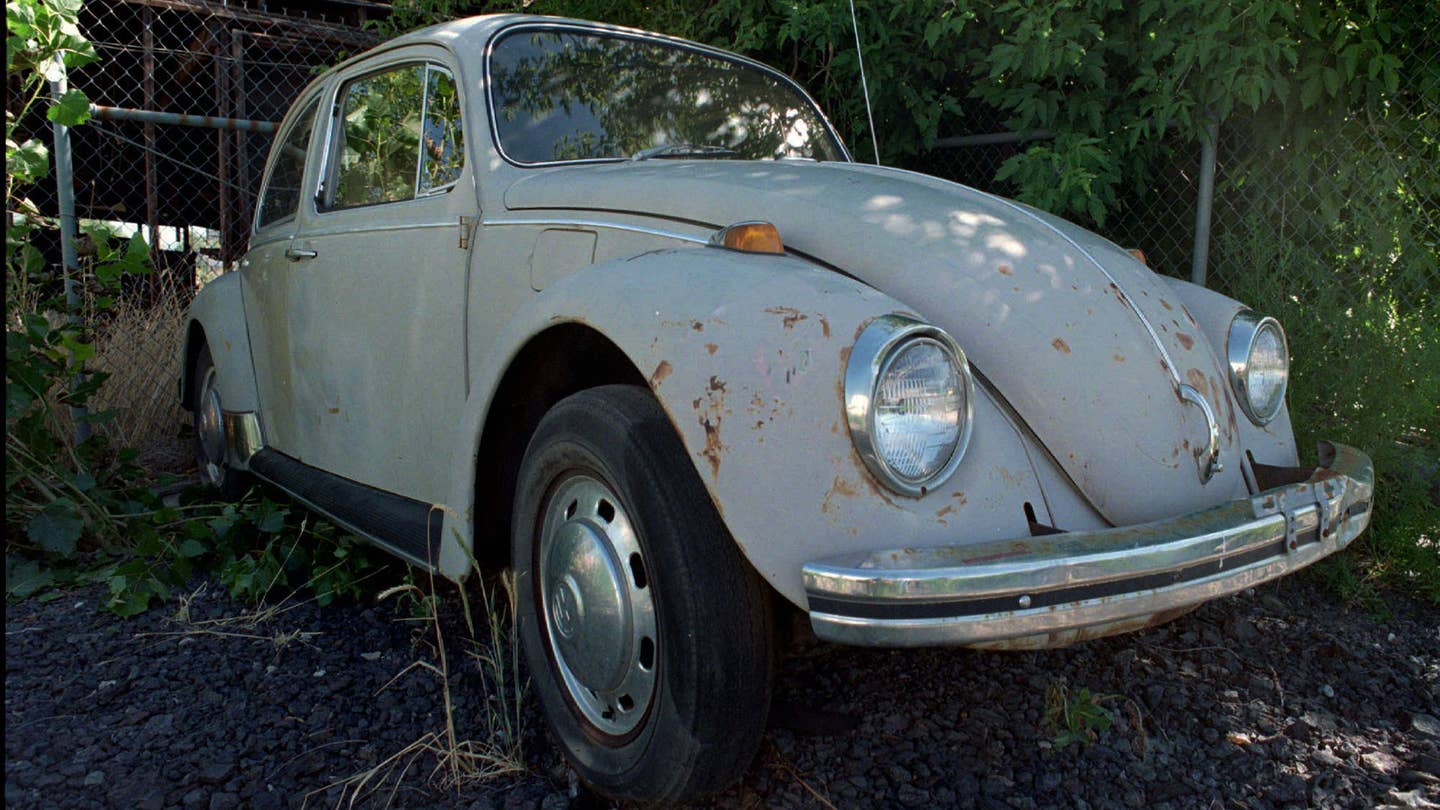 A serial killer is one of the closest things in the world to an actual, honest-to-God monster. Often ordinary-looking people who walk amongst us and can seem perfectly normal, even to those who know them well. In private, it's a different story altogether, and the sheer brutality and otherworldly horror of which they're capable makes even the most disturbing inspired-by works of fiction pale in comparison.

But despite the unimaginable evil these men embody, they have no supernatural abilities, no way to travel from point A to point B faster than the rest of us. Which means, of course, they drove cars. It's kind of sick to think about, but given their particular needs, having a car is quite important to serial killers (it's not like public transportation is an option for hauling bodies); on the flip side, the cars have often the keys by which law enforcement identified and ultimately apprehended these monsters.

So we at The Drive decided to take a look into the vehicles of choice of some of the 20th Century’s most notorious murderers. Their choices varied from the utilitarian to the playful, even including one or two cars we wouldn’t mind parking in our own driveways.Well, not their cars, specifically. You know what we mean.

One of the more prolific serial killers in recorded history, Bundy killed at least 30 people but may have killed 100 or more—he remained coy about the exact number until the day he died in a Florida electric chair. The Beetle played a key role in many of Bundy’s crimes. Not only was known to feign injury to convince young women to help him get to his car, he even killed some of them inside it.

Better known as the “Son of Sam,” Berkowitz killed six people, mostly young women, across New York City between 1976 and 1977, all while teasing the police through a series of rambling, anonymous letters. He was ultimately captured after a police found a gun and a map of the killings inside his Galaxie, prompting the NYPD to stake out the vehicle; Berkowitz was arrested the moment he climbed into the car.

Best known in popular culture as the serial killer who justified widespread coulrophobia, Gacy murdered roughly 34 young men and teenage boys, most of whom he buried in his crawl space. He also tortured and released several others, which would ultimately be his downfall; the killer was caught after one of the surviving victims tailed Gacy’s distinctive Oldsmobile home then reported the address to the police.

The beady-eyed terror of California, Manson and his “family” cut a swath of carnage across the area in the late 1960s, leading to the deaths of seven people. But when he wasn’t supervising murders, trying to incite a race war or working on his folk songs, he and his crew would romp around the desert in a pair of jacked-up pre-war Power Wagons. (One can still be found in the desert near the old Manson Family ranch, swastikas carved into the roof.)

Rifkin, who is believed to have killed between nine and 17 women in the New York City area, also worked as a part-time landscaper—hence his need for a pickup truck. He was caught after police attempted to pull him over for a missing license plate; Rifkin led them on a chase that only ended when he plowed into a utility pole. Ironically, it was in front of the courthouse where he would eventually stand trial. The body of his final victim was found in the truck’s bed.

Technically speaking, Gein wasn’t a serial killer—he’s only known to have murdered two people, and to become a true serial killer requires three kills. However, his predilections for necrophilia, mutilation, and dismemberment—his home was filled with body parts grotesquely, shall we say, “reappropriated” into household items—earn him a spot on the list. Also, his ‘49 Ford briefly became a celebrity itself; it was purchased by a carnival operator, who displayed it as the “Ed Gein Ghoul Car” for a time.

The only Englishman on this list, Haigh, who is believed to have killed between six and nine people between 1944 and 1949, became known as the “Acid Bath Murderer” for his preferred means of corpse disposal: soaking them in acid until they turned to goo. The con man-turned-killer was also fond of tooling around in his elegant Alvis motorcar, thought to have been purchased with the ill-gotten gains he stole from his victims.

Suspected of killing 16 women over a 23-year stretch, most of Yates’s murders were racked up between 1996 and 1998, when he reportedly killed 13 Spokane-area prostitutes—many of them in the 1979 Ford van he would have sex and do drugs with them in. On at least one occasion, however, he picked up a woman in his white C3 Corvette; a witness reported the car to the police, who eventually pulled Yates over during a manhunt. However, the original report mistakenly said “Camaro” instead of “Corvette,” so Yates was released. Ultimately, though, forensic evidence found in both cars was used to help convict him.

Technically, Muhammed and Malvo were spree killers, not serial ones, but we’ll leave the distinctions to the Department of Justice. The duo belongs on this macabre list due in large part to the automotive-related nature of their crimes. During the Beltway sniper attacks of 2002, Muhammed and Malvo shot 10 people and wounded 3 more from the sniper’s nest they’d built in the trunk of their blue Caprice. In addition, many of the victims were killed in or around their vehicles—pumping gas, vacuuming out interiors, or loading in items.