This Is Cars & Crime Week: A Collaboration Between The Drive and MEL

Join us in this 10-piece journey that explores crime and the role that cars play in it. 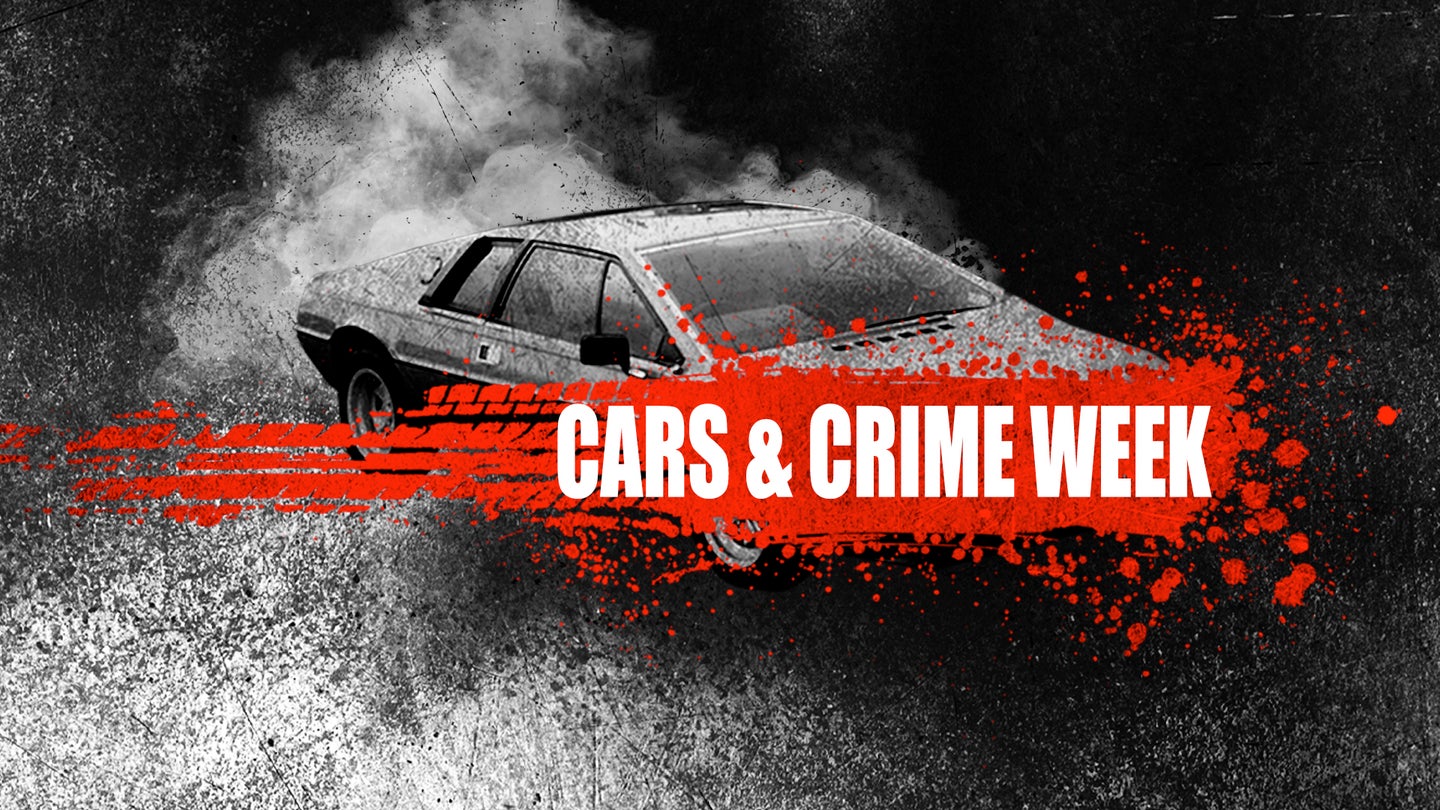 “Once a thing is set to happen, all you can do is hope it won't. Or will—depending. As long as you live, there’s always something waiting, and even if it’s bad, and you know it's bad, what can you do? You can’t stop living."

So said murderer Perry Smith in Truman Capote's In Cold Blood, the pioneering 1966 nonfiction novel chronicling the brutal slaying of four members of the Clutter family in rural Kansas in 1959. Desperate for cash and chasing a rumor about a safe containing $10,000, Smith and his accomplice Richard Hickock broke into the family's farmhouse in the small town of Holcomb, tying up 48-year-old Herbert Clutter, 45-year-old Bonnie Clutter, 16-year-old Nancy Clutter, and 15-year-old Kenyon Clutter before killing all four with shotgun blasts to their heads. The safe didn't exist; the pair fled into the night with less than $50.

America was built on violence, and yet the murders still captivated the country in a way that few had before (and many have since). Smith and Hickock were eventually caught in Las Vegas (where else?) after a six-week manhunt, tried and convicted, and executed in 1965. That could've been the end of it—but a year later Capote finally published In Cold Blood, and America got its first big taste of reliving a brutal crime through exquisite storytelling, exhaustive reporting and the societal introspection that such a monstrous act can provoke. The question of why In Cold Blood became a classic is pretty easy to answer: There'd never been anything like it before. The question of why, over half a century later, we're more obsessed with true crime than ever is a much thornier one.

That captivation has been the subject of countless think pieces and a number of academic studies, all of which circle around the same explanations. We're obsessed with evil because we want to know how to protect ourselves from it. We're fascinated by how different people's lives can turn out from our own. We're processing our own traumas by diving into how bad things happen to others. All true in some form, but I think Smith's quote up there sums it up, even if he was talking about his own miserable life, and not necessarily how readers and viewers might be pouring over crimes like his in perpetuity. To be alive is to know without a doubt that there are monsters waiting for us along the way. But we can't stop the ride—so what can we do but equip ourselves to deal with them?

With that, let's get to the cars. Despite the fact that they're omnipresent in the modern world, objects of extreme passion and desire and value, cars are often bit players in these stories—see OJ's Bronco, or Ted Bundy's Beetle, or Suge Knight's BMW—vehicles for murder or transit or escape. Outside a few tentpole sagas like the downfall of John Z. DeLorean, there haven't been nearly as many efforts to interrogate car culture and surface the kinds of automotive crime stories that have become fodder for so many podcasts and Netflix docuseries.

In partnership with our sister site, MEL Magazine, that's what we're here to fix. This is Cars & Crime Week, a series of 10 pieces between our two sites that will explore those stories through the lens of cars and show that true crime isn't all serial killers and senseless murders (mostly). We'll be diving into the tow truck mafia currently operating in Canadian cities, attacking rival companies and burning trucks in a redux of the Five Families turf wars in 1930s New York. We'll be exploring just why people believe that Lotus founder Colin Chapman faked his death in 1982 and fled to South America to escape his legal problems. And we'll be talking to one of the most successful jewel thieves in America about how he picked his getaway cars.

Below you'll find a full rundown of the week's stories running each day on both The Drive and MEL, and we'll fill in the links as they're published.

Got a tip? Email tips@thedrive.com.​​