A piece of music history… and another overpriced used BMW. 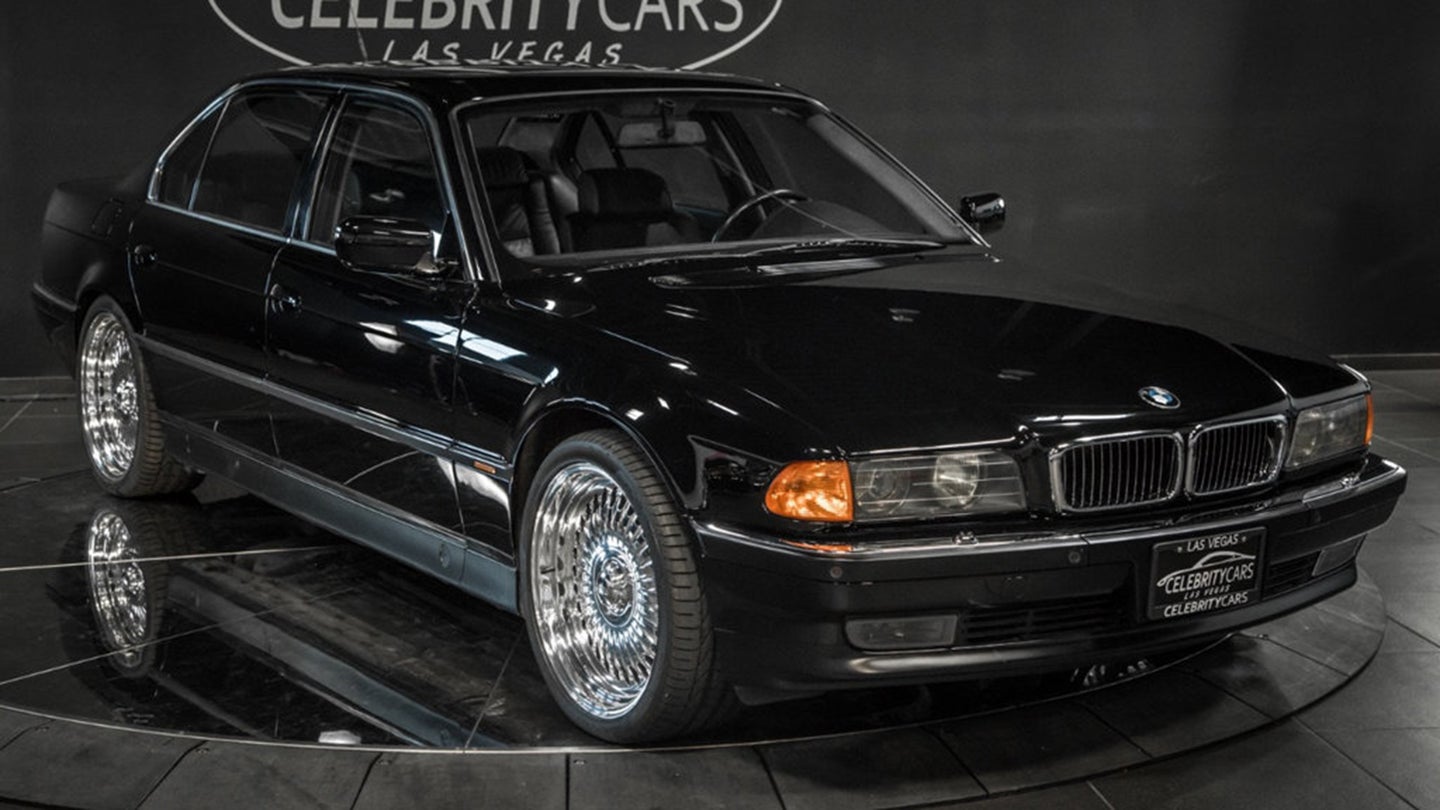 Avert your eyes if you're a Tupac truther: The 1996 BMW 750 iL that the legendary rapper was riding in when he was fatally shot in Las Vegas 21 years ago is up for grabs. And just like any used Beemer, it's for sale on Cars.com with an eyebrow-raising price...to the tune of $1.5 million.

With producer Suge Knight behind the wheel, Tupac Shakur was riding in the BMW's passenger seat on the night of September 7, 1996 when an unknown number of assailants rolled up alongside the car in a white Cadillac and opened fire. Of the 14 shots, four of them struck Tupac; Knight instantly whipped the 750 iL around and floored it away from the scene, making it about a mile despite two flat tires and being struck by bullet fragments himself. Police and paramedics responded and rushed the 25-year-old rapper to the hospital, where he died of his injuries six days later.

Or did he? Either way, this car is a pretty significant (and morbid) part of music history. Even if hip hop music isn't your cup of tea, Tupac is one of the most influential artists of all time, putting this BMW E38 on par with the Lincoln Continental from the JFK assassination and the white Ford Bronco from the O.J. Simpson chase. But as we've seen before, notoriety doesn't always sell, and $1.5 million is awfully steep for a 21-year-old BMW with—drumroll—121,043 miles on it.

Even though the car was basically brand new when the shooting occurred, it was auctioned off after being released from the Las Vegas Police impound lot and served as a daily driver for several different (and apparently unsuspecting) owners along the way. Fresh off a recent restoration, it looks extremely clean and rides on rims that are identical to the ones equipped at the time of the shooting. Though the bullet holes were repaired long ago, it's possible some evidence still lurks within the doors. There's only one way to find out.