A new height (or low) for reality TV. 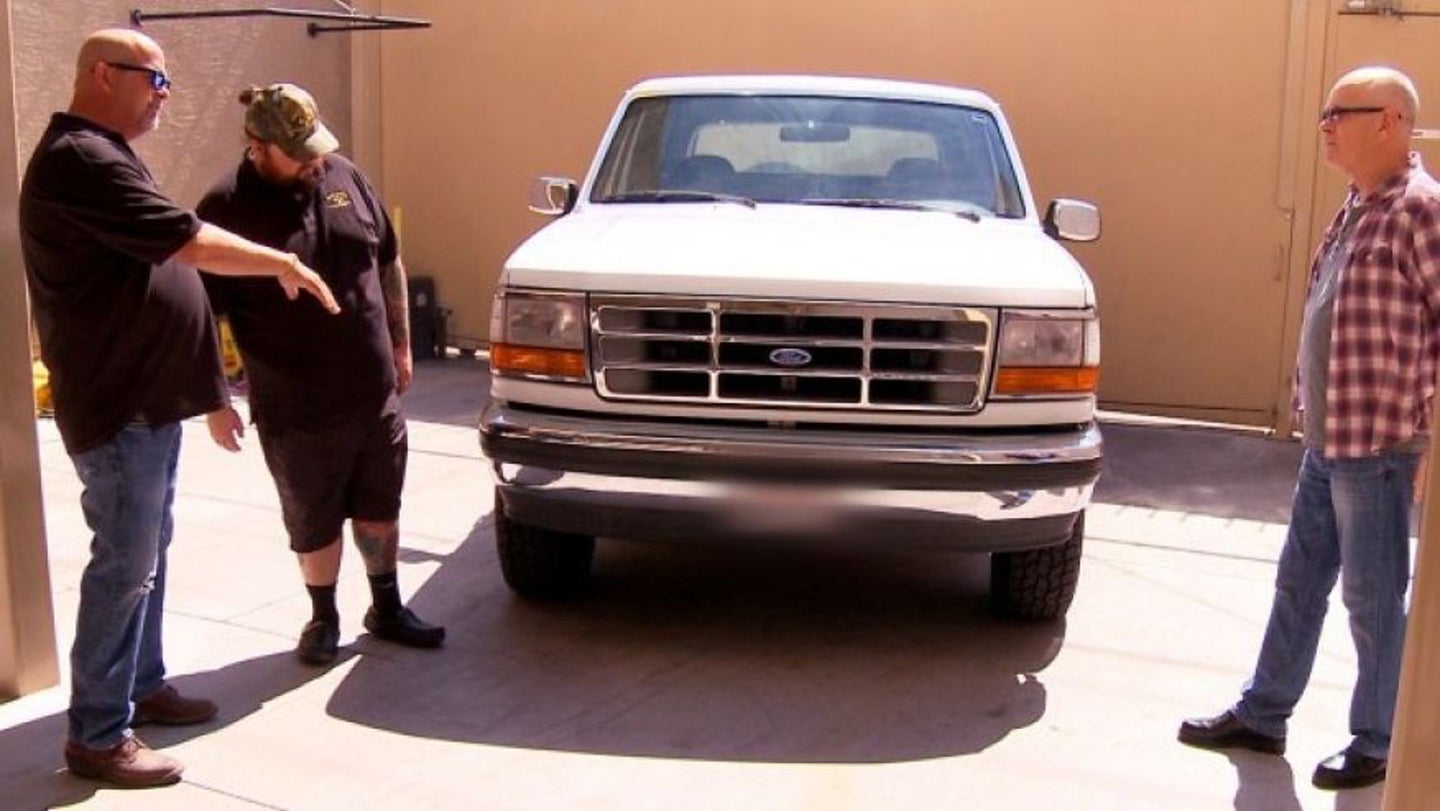 Last month, as news broke that O.J. Simpson had been granted parole and would be released from prison as soon as this fall, we brought you an update on one of the most notorious vehicles in American history—the white Ford Bronco that A.C. Cowlings drove O.J. Simpson in during the low-speed police chase leading up to his arrest for murder. Simpson's former agent and current owner of the Bronco was hoping that The Juice being set loose would drive up the truck's value on the collector's market to around $750,000.

But just days later, word came out that Gilbert had finally decided the time was right and picked a venue to sell the iconic Bronco. So where did he go? RM Sotheby's?

World Famous Gold & Silver Pawn Shop proprietor Rick Harrison told Fox News that he was "conflicted" at first when Mike Gilbert contacted him about selling the Bronco, noting that he's been offered O.J. Simpson memorabilia several times in the past and he's always turned the items down.

"I never glorify gangsters or murderers on the show… and I think O.J. is a douchebag… who did some really bad things. I’m a dad with six kids and I’m trying to teach each of them a little bit of morality. But I felt it would be good for the show and I figured I’d give it a shot," Harrison explained.

He went on to say it was a "really weird day" when Gilbert brought the Bronco into the shop to negotiate and film the episode. Even weirder was the test drive - Harrison told KTNV that he felt "creepy" while driving it, though apparently not creepy enough to stop them from parodying the chase by doing “35 miles an hour on the freeway, [with] Chumlee crouched down in the back seat, not kidding."

Morbidity aside, the truck is reportedly in great running condition and looks brand new inside and out. But is it worth half a million dollars, and is a pawn-shop-owner-turned-reality-TV-star the new owner of the famous O.J. Simpson white Ford Bronco? We'll find out Monday night.

The Juice is about to be set loose, but it’s his former agent who’s excited.

Seven Cars Better Suited for “How To Get Away With Murder”