O.J.’s Bronco Turns Up in California

Twenty-odd years after the slowest chase on TV, it’s back. 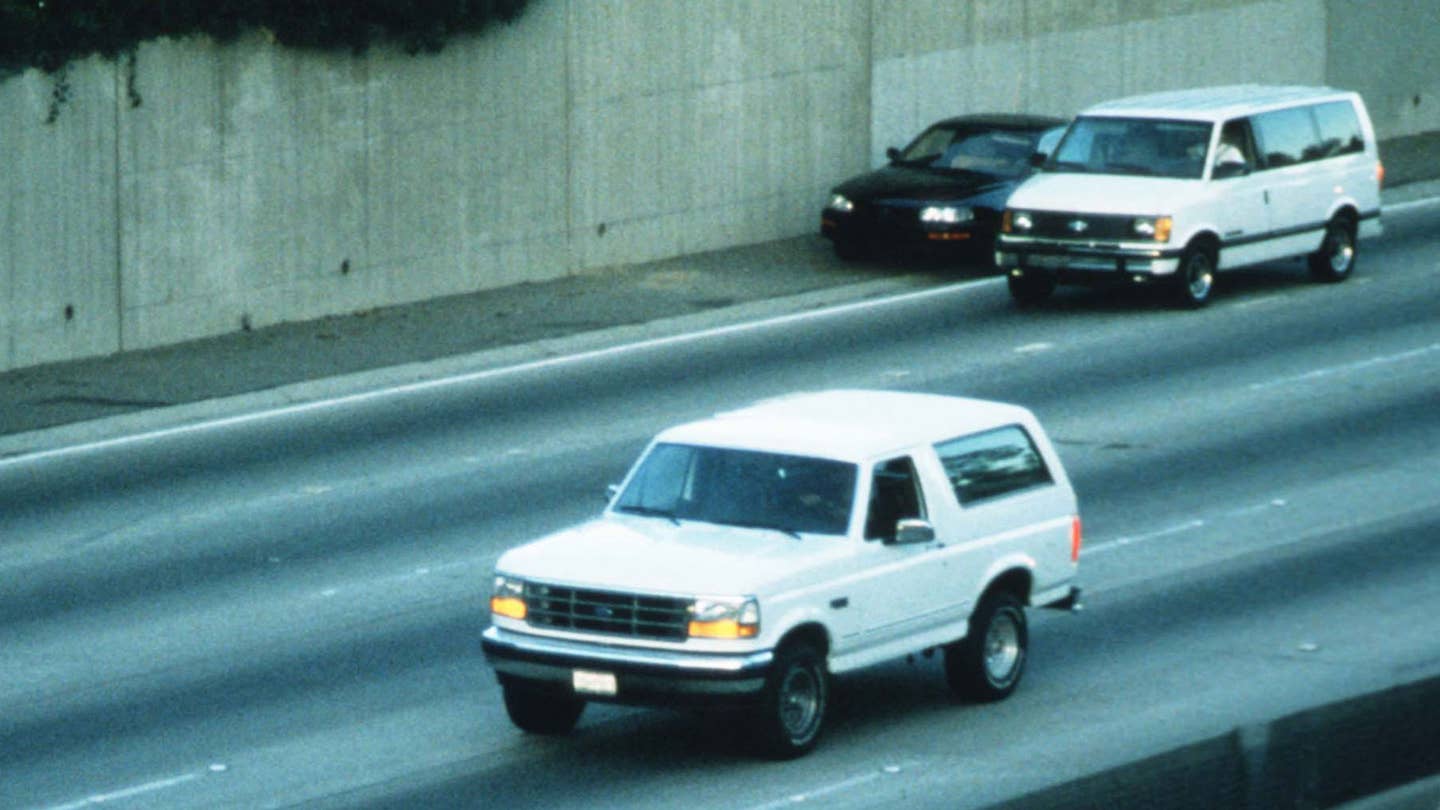 Ninety-five million people watched the chase crawl across their television screen at a leisurely 40 mph, athlete-slash-actor pursued by a dozen patrol cars. The sky was dotted with news helicopters, buzzards onto the scent of fame and murder and money. Escape? Impossible. There was nowhere to hide from the police or cameras. But that Bronco kept driving, minute after minute, with Allen Cowlings at the wheel and Orenthal James Simpson crouched in the back seat, clutching a gun. O.J. ran, and the world watched, and a white Ford Bronco became legend. Then it vanished.

That ’93 Bronco didn’t deserve the notoriety that would cling to it. It wasn’t even O.J.’s car—the thing belonged to Cowlings, his friend and teammate. After the chase ended with the arrest of Simpson, Cowlings refused to drive the truck. The publicity was too much, and would only grow as media circus of the ensuing murder trial grew. He agreed to sell the truck, reneged, and then pawned it for a reported $200,000 to one Michael Pulwer.

Pulwer, a pornographer of some notoriety, owned a chain of adult stores in Miami and California. He stashed the truck in underground parking for years, then shipped it to Las Vegas to sit in the lobby of the Luxor hotel. The story goes that a visiting exec saw the Bronco sitting on display and demanded it be removed. It next showed up in Connecticut, at an exhibit of an artist famous for painting a semi-nude portrait of Nicole Simpson. By the time interest piqued again during the 20th anniversary of O.J.’s trial, the truck’s whereabouts were a mystery.

Now, the Bronco has turned up again, like old evidence, tucked in a garage in the suburbs of Los Angeles. It’s in the possession of Mike Gilbert, Simpson’s former agent, and even has the original plates. Gilbert claims that as much as $300,000 has been offered for the truck. But it’s bound for a Tennessee crime museum instead.