The puzzle is slowly coming together ahead of the truck's spring 2020 reveal. 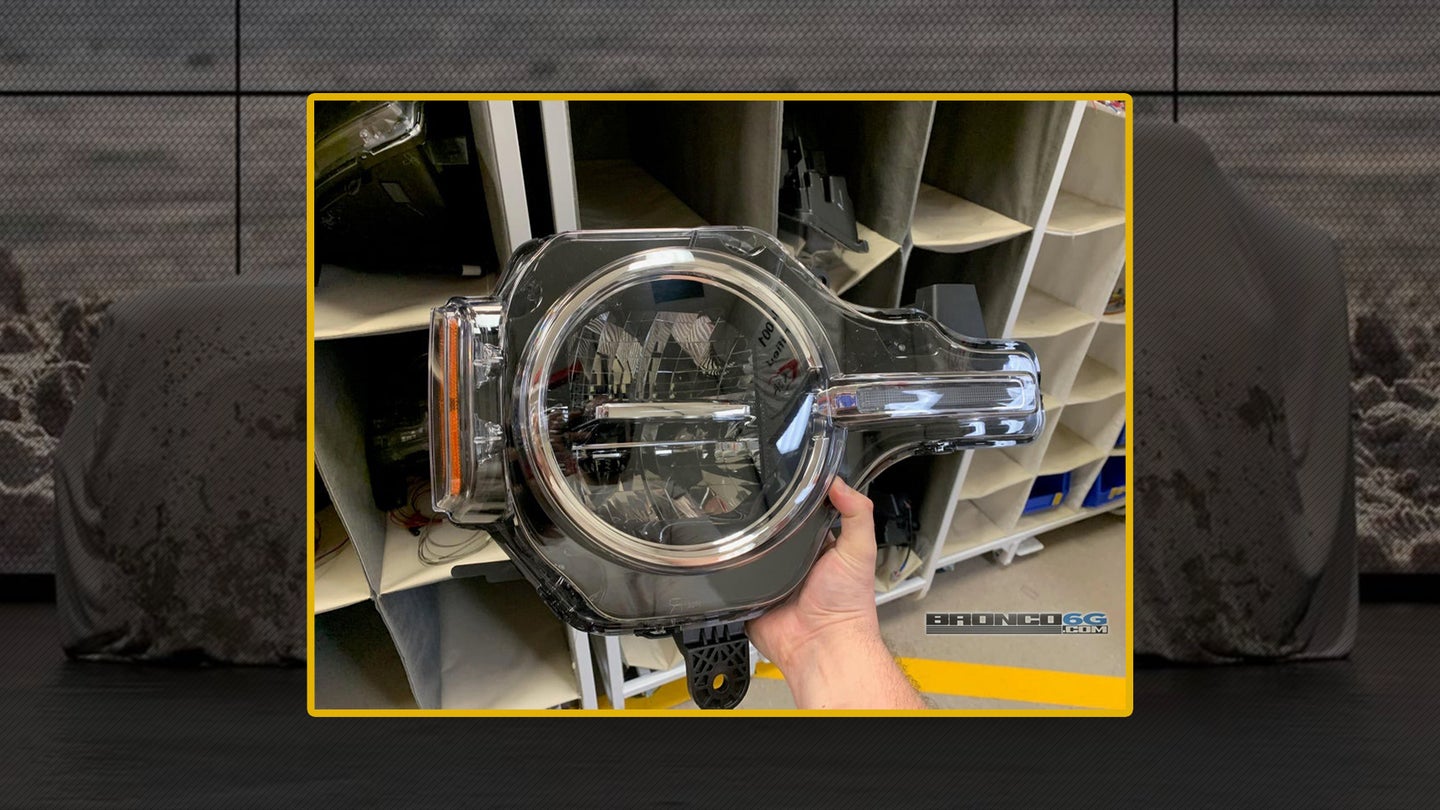 Although the revived Ford Bronco's incredibly hyped debut is just a short spell away, that hasn't stopped full forums of sleuth-y enthusiasts from finding out what they can about the new off-roader. So far, we've gathered reasonable hunches about the truck's powertrain and platform but, for the most part, its design has eluded the general public. Now, though, a photo of what is supposedly the 2021 Bronco's headlight has hit the web giving away a small piece of the secretive puzzle.

If you're familiar with the first-gen Bronco produced from 1966 to 1977, you'll recognize the basic layout of this headlight leaked by Bronco6G forum user DanG. It's got a distinctive oval ring which gives a nod to models of yesteryear, and a short LED bar off to the side that looks to serve as a daytime running light or blinker—perhaps both. One thing is for sure, though: it's unique to the Bronco and doesn't share any apparent characteristics with the F-Series or Ranger line of trucks.

Various renders have guessed at what the anticipated retro-futuristic model might look like, and this is on-brand with some of those fan drawings.

Other hints at the 2021 Bronco's styling were dropped by the Baja 1000-tackling Bronco R. However, its rough silhouette and lack of distinguishing design characteristics—like headlights—left holes to be filled. This is a small but significant step toward compiling a collective image of the SUV's design before it drops in spring 2020.

It's also worth noting that this headlight is said to be destined for the full-size "U275" Bronco rather than the rumored "Baby Bronco" model. Either way, look for giant lettering spelling out the truck's name to fit in between each headlamp in true throwback style. And if we're lucky, we'll also get a trick retractable roof.

Ford declined to comment on the supposed leak in an email to The Drive.