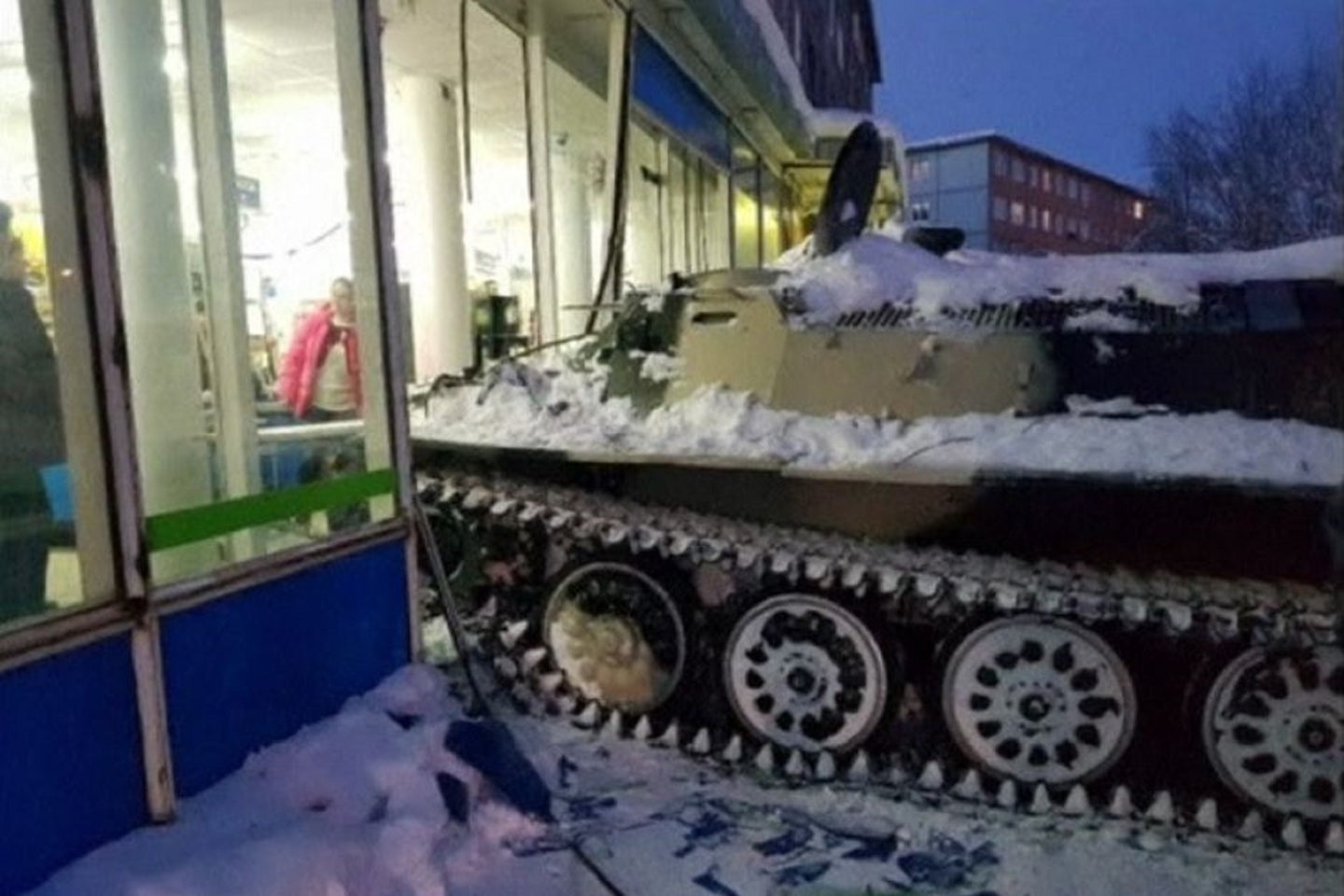 You’ve got to love the stories that come out of Mother Russia. Not only do we get the craziest dash-cam videos but we also get some nutty one-off stories. Lucky for us, we’ve got another wild one here as a drunk Russian man allegedly stole a tank then used it to rob a liquor store. Even better, there’s a video!

According to Zero Hedge, the incident occurred in the small town of Apatity, just south of the Arctic Circle. The man had broken into a privately-run training ground nearby. After stealing the tank, he drove it through a forest, down the street to the liquor store where he crushed a parked Daewoo before ramming into the store window. After breaking the front window he hopped out, climbed through his newly smashed opening and stole a bottle of red Myckat wine.

Witnesses on the scene really didn’t seem all that surprised despite just seeing a drunk guy roll through the streets in a tank. On social media they were very matter-of-fact about the event, “Basically some guy stole an armored vehicle…and went into shop to top up his socks in the morning.”

Police later arrested the man, said to be in his late 20s, on possession of the stolen bottle of wine. According to the RIA news agency, he didn’t resist and went in quietly. Why would a man take a take to the liquor store to get wine instead of just walking in a buying it? Well, the store was not licensed to sell alcohol that early in the morning.

Like I mentioned before, thanks to the wonder of the internet we’ve got the incident on the video above. The video shows the large armored personnel carrier covered in snow, smashed into the front of the “Family” convenient store. I suppose that gives a whole new meaning to the phrase “drive-thru.”

Wasn’t this a Vin Diesel movie?