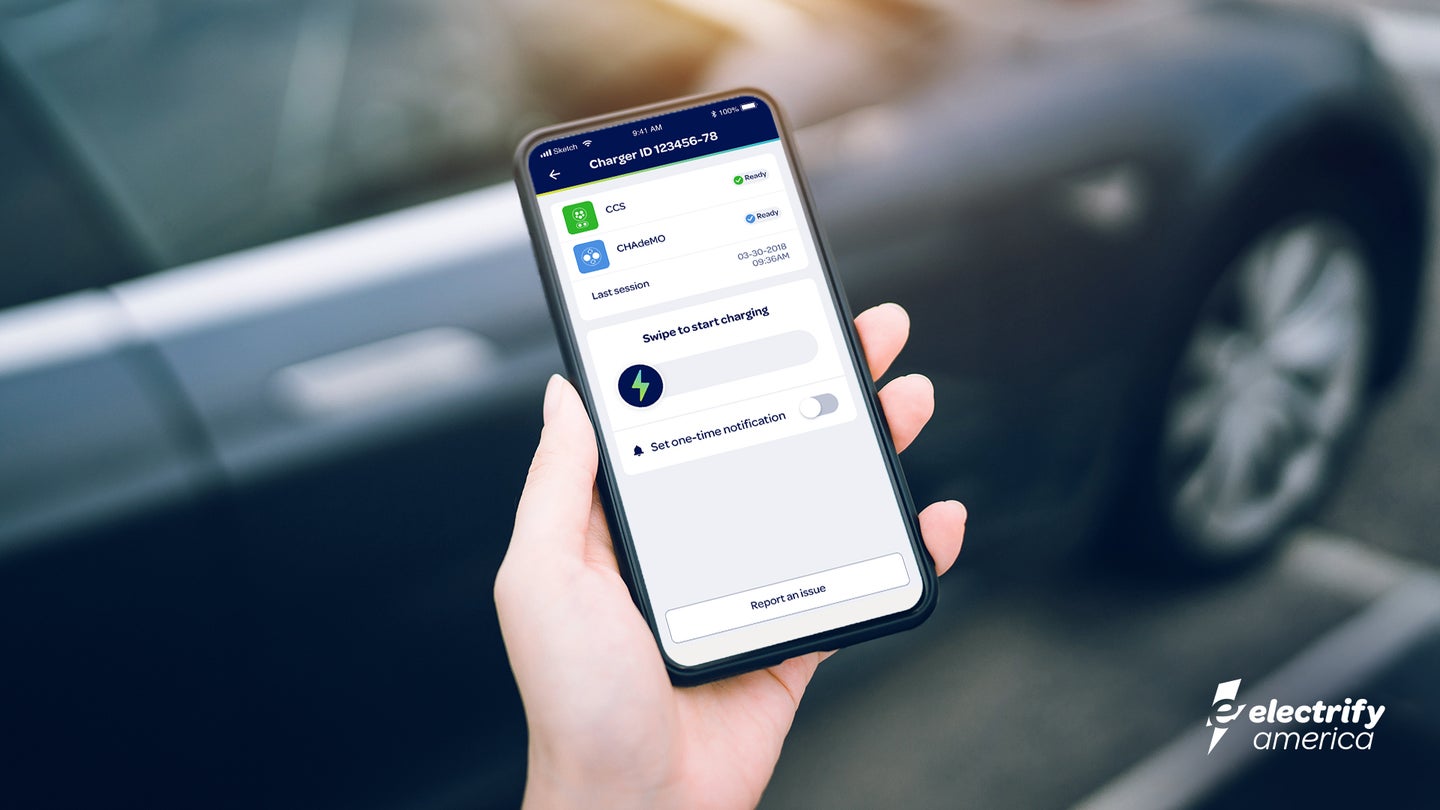 Electrify America was created to spend Volkswagen diesel-pollution penalties on infrastructure for zero-emission vehicles, with a primary focus on electric cars. The organization has steadily built up a network of charging stations, but until now it's lacked something rival networks have: a smartphone app. By launching its own app, Electrify America hopes to make charging more convenient for electric car drivers.

The Electrify America app includes similar features to apps from other charging networks like ChargePoint and EVgo. Drivers can use it to locate a charging station and see how many spots are available, and the app shows the number of plugs at each location, their type, and even the charging status of vehicles currently using them, helping to gauge wait times. The app can also send a notification when a spot becomes available at a specific location.

Once a driver finds a spot to plug in, they can see how much it will cost to charge and pay for a charging session using the app. Again, this is something other charging networks offer through their apps, but it makes things more convenient for people using Electrify America stations.

Drivers can also monitor a charging session through the app, including checking the battery's state of charge and getting notifications when charging has stopped. At DC fast-charging stations, which slow down after a car has charged to 80 percent capacity in order to extend battery lifespans, the app will notify a driver once the charge has reached that 80-percent mark. This feature only works with cars that can send charging information to a smartphone. Most automakers that allow that also have their own smartphone apps displaying similar information.

Electrify America charging stations are built using money from Volkswagen's diesel-emissions cheating settlement, but they are open to electric cars from all automakers. Volkswagen Group brand Audi is expected to use Electrify America for its E-Tron electric SUV, but so is Lucid Motors, a California-based startup working on a luxury electric sedan called the Air.