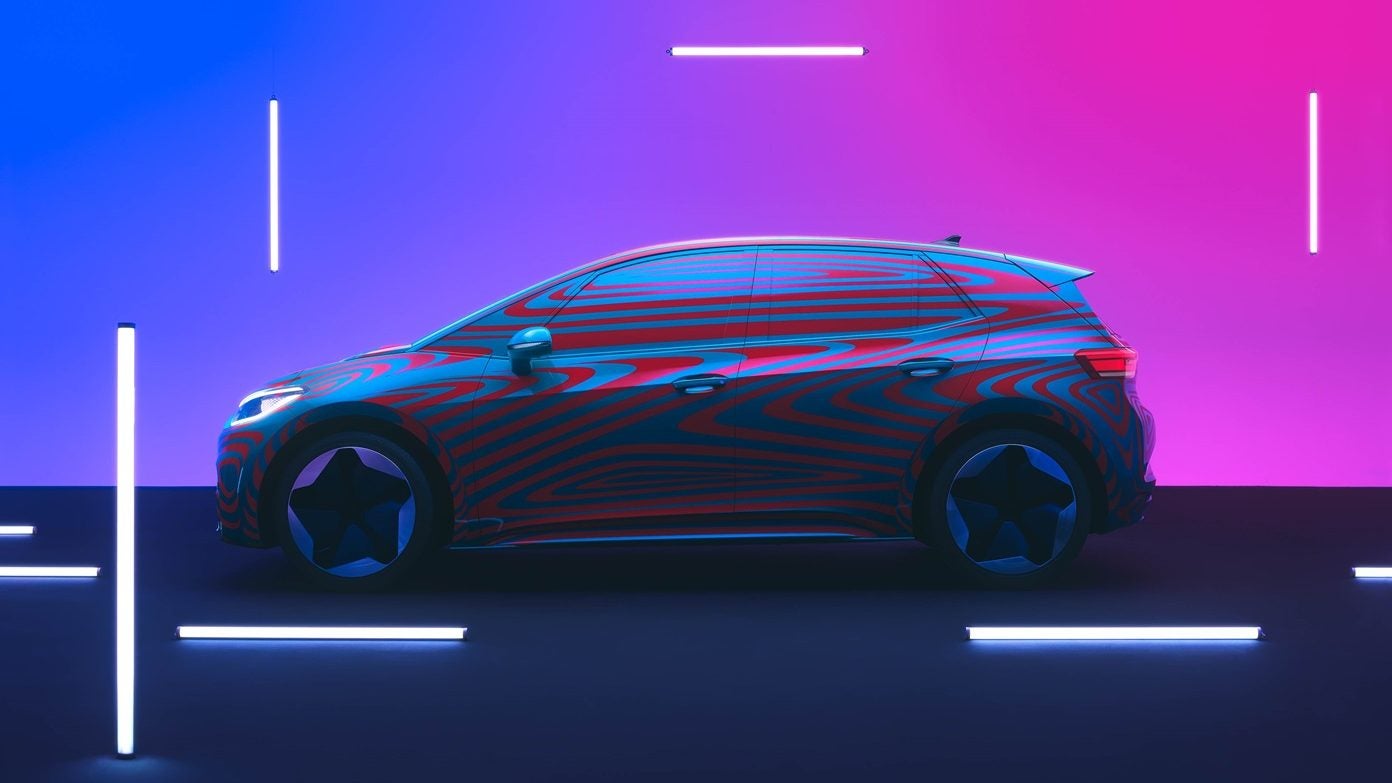 Volkswagen has begun taking reservations for the first of its coming family of mass-market electric models, which will begin with the electric ID.3 hatchback.

Volkswagen has yet to announce the model's price, though it states that base models will undercut €30,000 ($33,600) and that these premium launch models will duck under €40,000 ($44,800). Firstcomers' cars will ship with a predetermined set of options, presumably at a slight discount, along with up to 2,000 kilowatt-hours (kWh) of free fast-charging on the Ionity network—Europe's equivalent to Electrify America.

Reveal of the finalized ID.3 comes this September, at the Frankfurt Motor Show, and production will commence by the end of the year. Deliveries start in the second half of 2020 and starting with 2021, the model's first full year on sale, Volkswagen aspires to deliver 100,000 vehicles. Volkswagen reportedly expects to sell many of its first ID.3s at a loss, but allegedly predicts that its electric models will become more profitable than traditional combustion cars by 2025.

Of the ID.3's drivetrain, only a handful of details are known. It'll be rear-wheel-drive with the possibility of dual-motor all-wheel-drive in the future, and there will be at least three batteries of differing capacities, offering escalating ranges. Ranges of 330, 420, and 550 kilometers (or 205, 261, and 342 miles respectively) will be possible according to Europe's WLTP standards, and according to Autocar, these batteries will come in at 45, 58, and 77 kWh. Stateside, on EPA test cycles, these figures would come up slightly lesser, though no reliable conversion formula exists.

As of now, Volkswagen has no plans to sell the ID.3 in the United States, but many of the model's siblings will be sold here. A production model derived from the I.D. Crozz crossover concept will go on sale in the U.S. late next year, and the I.D. Buzz electric microbus sometime thereafter. At least one of these two will be built abroad initially, but production is expected to move stateside to Volkswagen's Chattanooga, Tennessee plant.