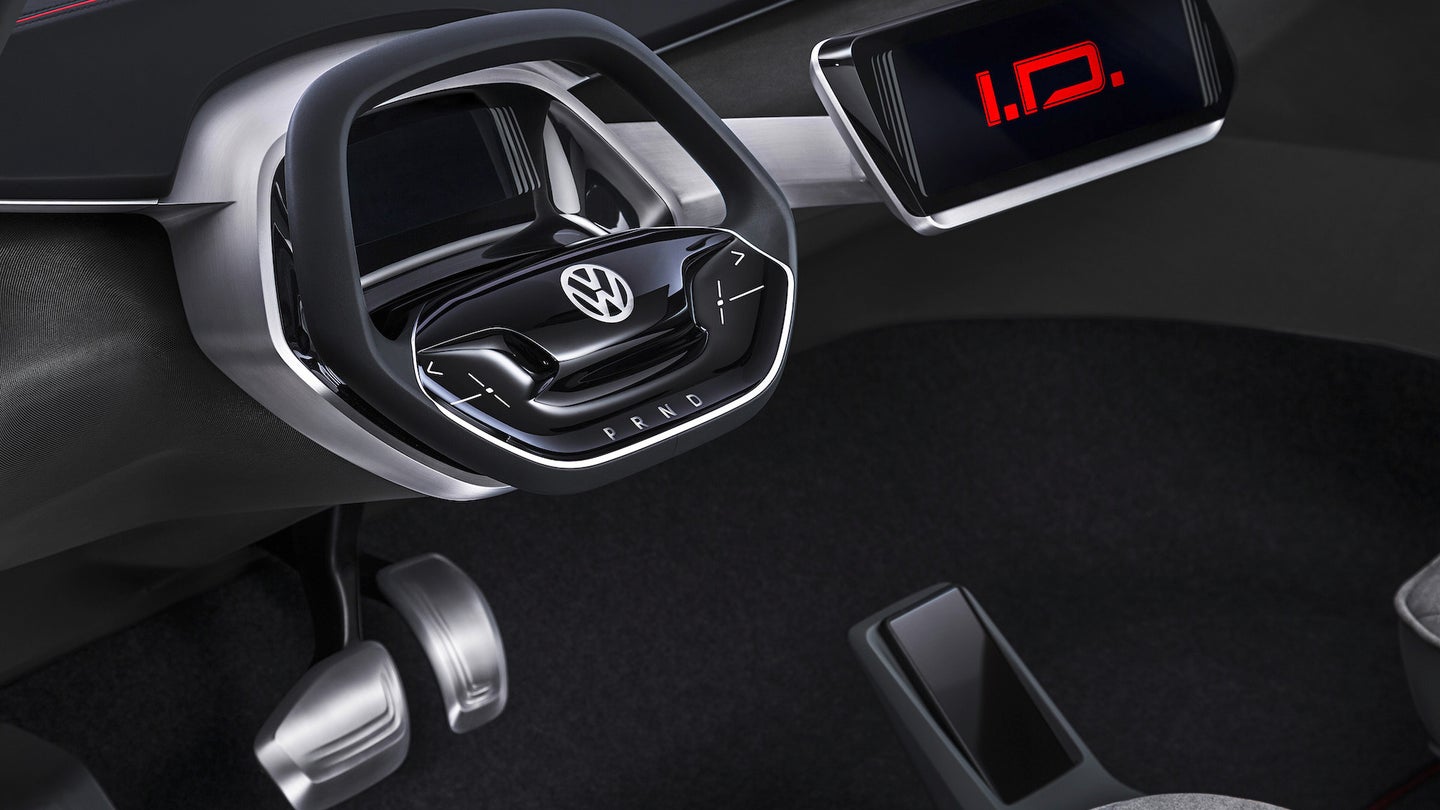 Go-fast additions to Volkswagen's forthcoming family of ID-branded electric vehicles are all but inevitable, but it sounds like the automaker won't be calling its quick ID.3 a GTI. Instead, Volkswagen will reportedly use a new designation for its sporty EVs: GTX.

Citing "high-ranking sources" within Volkswagen, Autocar reports that the GTI-derived "GTX" moniker will adorn enthusiast-centric ID models, the X indicating that their powertrains will use twin-motor all-wheel drive. Performance variants of multiple ID products are reportedly in development, one of them a sporting derivative of the crossover currently believed to be called the ID.4 or ID.5. The standard model will supposedly be styled like the ID.Crozz concept and be revealed in February of 2020. Also, it’ll allegedly be sold stateside with anticipated production taking place at Volkswagen's Chattanooga, Tennessee plant.

Development of the ID.4 or ID.5 GTX is reportedly ongoing at the automaker's research and development center in Braunschweig, Germany, with reveal planned for early 2021. Given that this E-CUV won't be the first ID model on the market, though, it seems likely that a performance version of the ID.3 would arrive first, if one is to come at all. Regardless of model, we speculate that ID GTXs will offer a minimum of 302 horsepower, as that's the lowest power figure Volkswagen has advertised for MEB-based vehicles with AWD. More power could be a possibility for the confirmed line of R-branded performance EVs, though these may only amount to appearance packages for these rumored GTX models.

The Drive contacted Volkswagen for verification of its plans to use the GTX name, but a spokesperson couldn't offer any comment on the matter.

The thought of angry EV owners rolling to a protest in complete silence is hilarious.