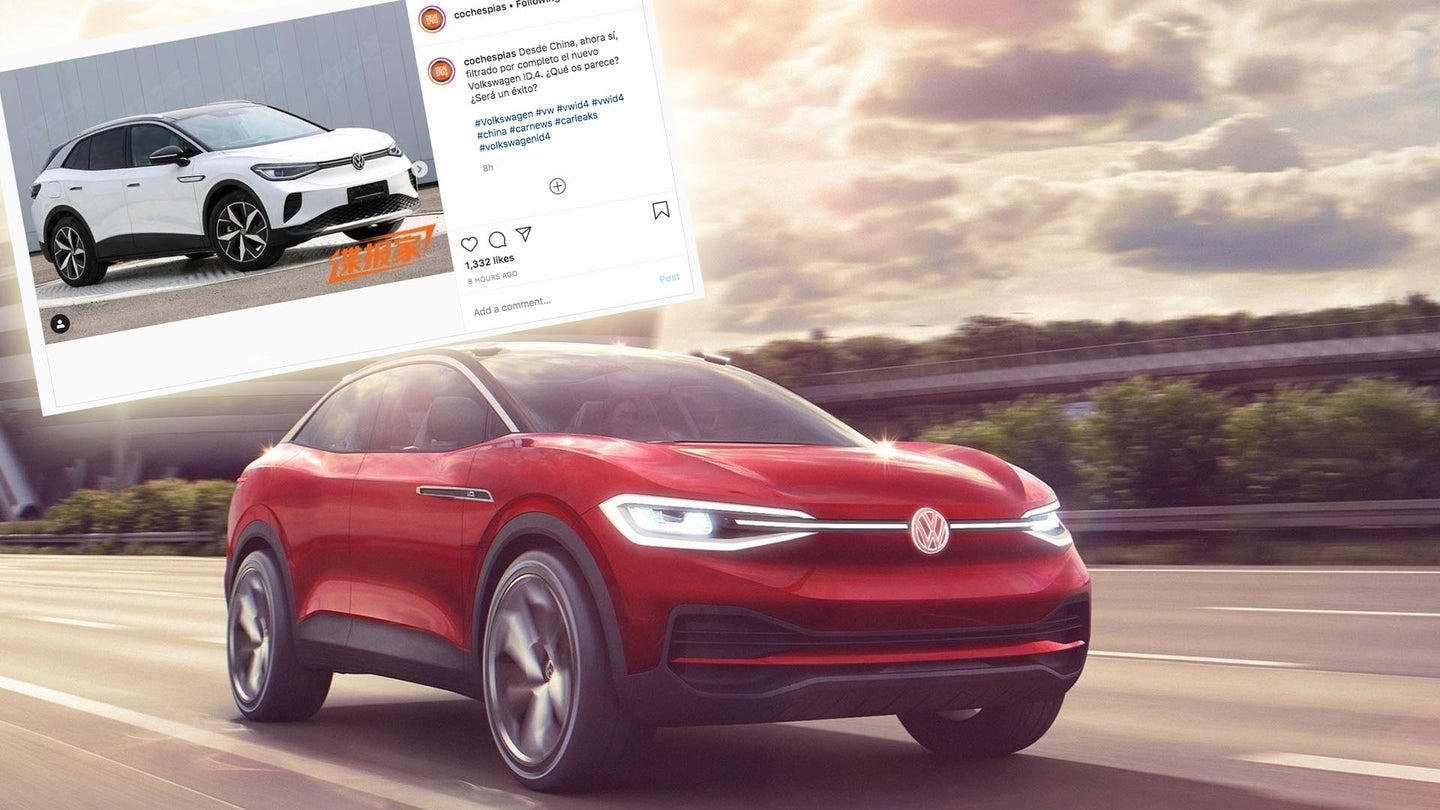 Volkswagen is having a hard time throwing spy photographers off the trail of its upcoming all-electric crossover, the ID.4. Just two days ago, it was spotted in the wild with camouflage that made it look an awful lot like a Kia, and before that, it was seen dressed up as an Opel. Now, we have a completely unobstructed view of the vehicle thanks to a pair of new leaks, this time from CocheSpias on Instagram and CarNewsChina.com on Facebook.

The naked ID.4 bears an undeniable resemblance to the ID Crozz concept we first saw back in 2017, albeit tamed slightly for mass consumption. Whereas these leaked images show a fairly traditional crossover shape, the concept featured a sleek shape with a sloping roof, reminiscent of the newly popular "coupeover" models from VW's German compatriots. Reports have suggested that the crossover will eventually be offered in both body styles, so it’s possible that the coupe-inspired model will released at a later date.

The ID.4 will sit just above the smaller ID.3 that we saw a while back, and beneath the larger ID.5 in the Volkswagen electric lineup. It’s expected to launch with two electric motors that should be good for about 277 miles of range and somewhere around 302 horsepower. We also expect to see a high-performance model at some point, possibly carrying a "GTX" nameplate.

Volkswagen was expected to take the cover off of the ID.4 at the New York International Auto Show in April, but the event was canceled due to coronavirus. The company is still likely to show off the vehicle at some point later this year, either virtually or through limited media engagements, but nothing concrete has been announced at this time