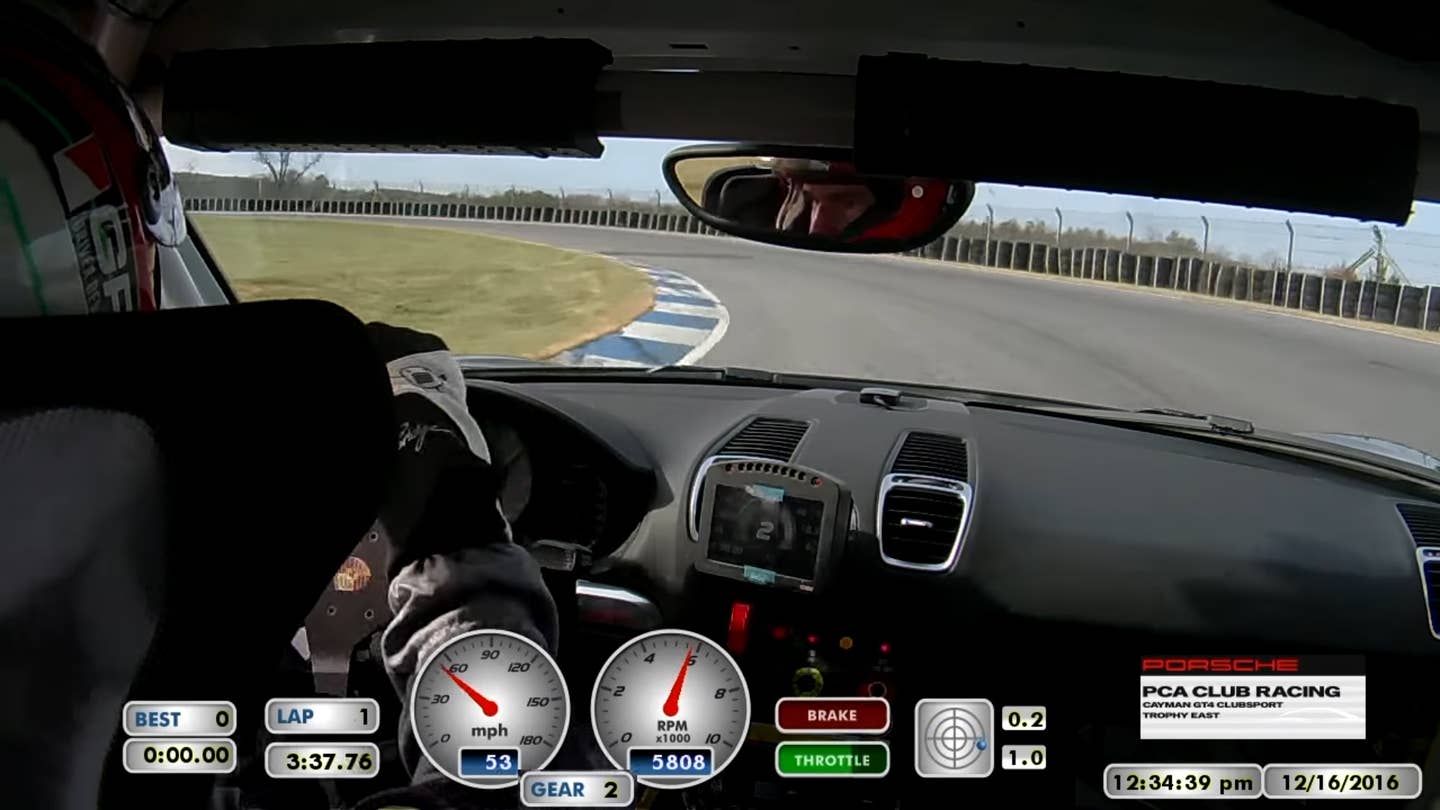 Following Leh Keen on YouTube has been one of the best online decisions I've ever made. The guy doesn't post as often as some content creators, but he's got some real gems when he does post. In addition to his recent Christmas Tree antics, Leh has also gone for a few minutes of donuts in his newly acquired early-2000s Subaru WRC car, and just today posted a video depicting him flogging a 2016-spec Porsche Cayman GT4 Clubsport at AMP. This is a brilliant video, and really needs to be watched to be appreciated. Leh is really hauling the mail in this video.

One of the very first comments on this video asks if he was pushing to a full 10/10ths pace. Leh responded quickly with "O yea. I'm pushing 10/10." It's always an experience to see what the driver's inputs look like when they're really pushing. In every single professional driver video, they're always constantly sawing at the wheel, even though the car looks stable and composed from the outside. While amateurs are taught to make smootha and fluid inputs to avoid overtaxing the tires, pros are constantly fighting with the edge of adhesion. Each corner is a series of dozens of oversteps and corrections. Dancing with grip is a delicate balance, and Leh seems to have that balance down to a science. Or perhaps it's just second nature. It's mesmerising and methodical, his focus is unblinking (if you don't believe me, just watch his eyes in the rear view mirror), and there is hardly ever a moment when he isn't either braking or dialing in the throttle.

I found it interesting that the circuit flows so nicely. There is a lot of elevation change here, and the steering wheel is hardly ever pointed straight. I've never been to AMP, but it certainly looks like a fun track. A few minutes with a pro, and you'll see exactly why drivers are atheletes.

The best way to celebrate Ford’s historic win at Le Mans 2016? How about a 360-degree, virtual reality ride-along in glorious 4K.