The Pennsylvania-based tuner attempts to shore up the weak point of the 718. 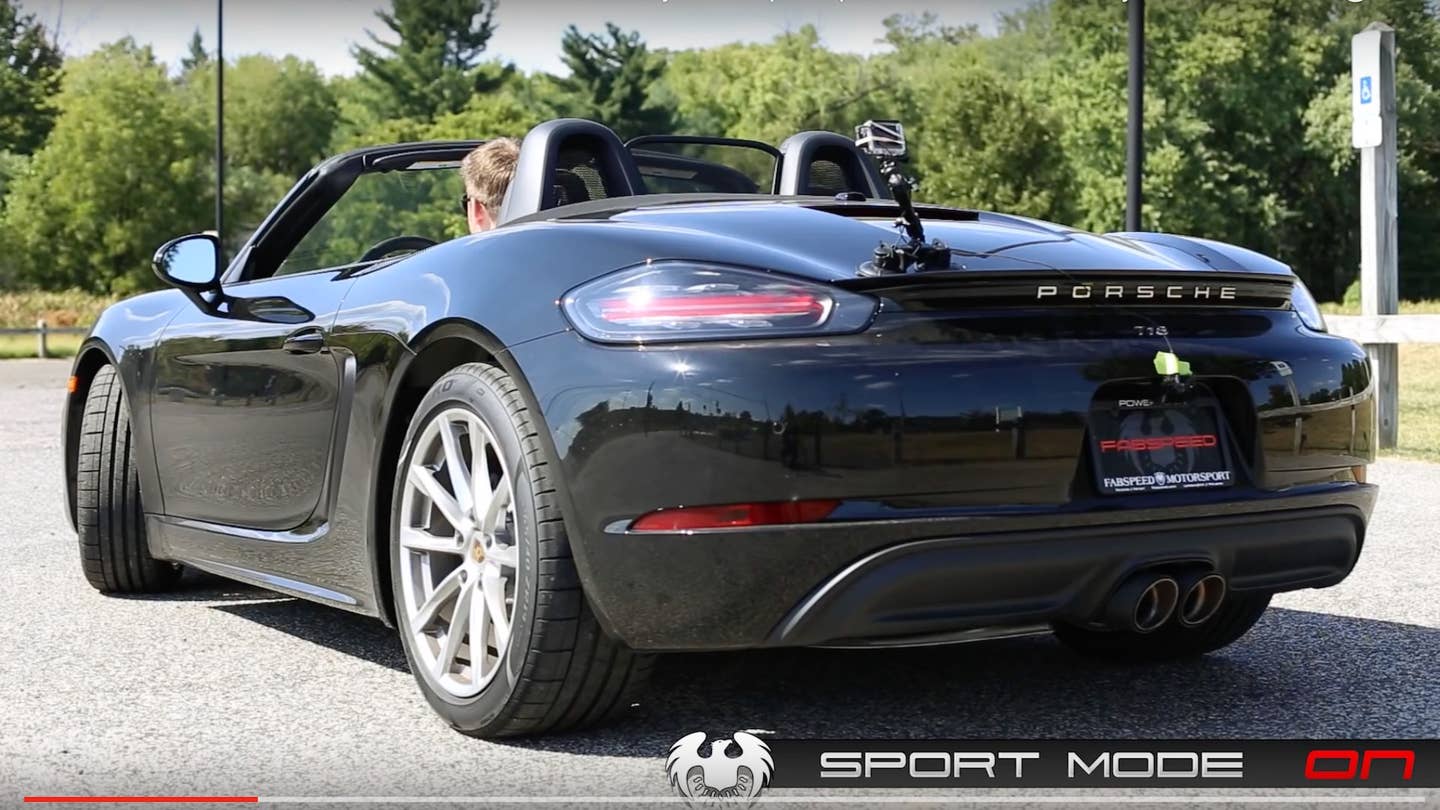 The Porsche 718 caused controversy the moment it was announced. The beloved Boxster-Cayman platform became yet another victim of downsizing and turbocharging—Porsche’s atmospheric flat-six was ditched for a turbocharged flat-four, and unfortunately, that unforgettable exhaust note went with it.

Despite the powertrain change, the new 718 platform has been praised, to no one’s surprise, for its agility and poise, separating itself from even the previous, brilliant generation. The chassis is all-new, complete with bigger brakes and a re-calibrated steering rack, which has helped reviewers worldwide overlook, to a degree, the glaring omission of two cylinders.

That omission is impossible to completely ignore, though, and the exhaust note has been widely criticized. Moving from the famous Porsche wail of a flat-six to a turbocharged flat-four has pissed off Porsche fans around the globe. (But we’ve been let down by nearly every advance in technology Porsche has made—the switch from air cooling to water cooling, hydraulic steering racks to electric, etc.—and have always later on reluctantly accepted the changes as being improvements.)

Fabspeed Motorsport of Fort Washington, Pennsylvania has developed and built an exhaust kit just for the 718 platform that seems to nicely polish the turd of the stock sound. With cracks and burbles activated in sport mode and a more aggressive bark, it's hard to deny that this isn't an improvement. Plus, the Supercup Turboback Exhaust System adds 10 horsepower and 13 foot-pounds of torque. The exhaust sound is the only component of the 718 that one can reasonably complain about, but does this Fabspeed treatment do the trick?

Listen below and leave your thoughts in the comments.