Volkswagen Being Sued Over False Advertising for Dieselgate Cars

The latest in a long, long list of lawsuits against the German carmaker. 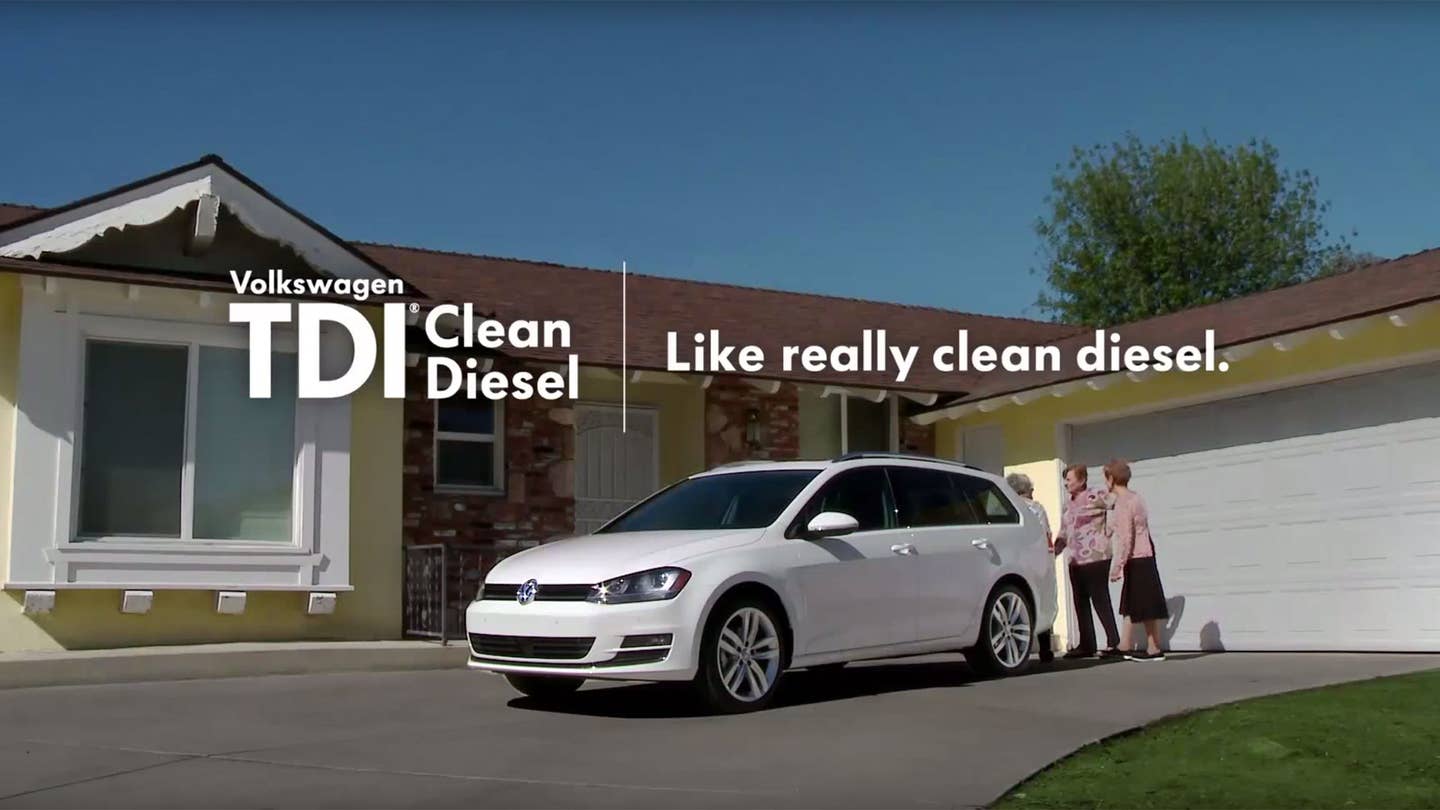 The piling-on of Dieselgate-related lawsuits against Volkswagen reached new heights on March 29, when the Federal Trade Commission slapped its own lawsuit on VW's North American branch. Zee Germans, the suit alleges, committed some pretty egregious acts of false advertising by marketing their dirty diesels as "clean."

The FTC says that VW took advantage of potential buyers' eco-conscious mindsets to market diesels on the grounds that the cars were environmentally friendly, when in fact the cars were spewing out certain pollutants at 40 times the legal limit. Volkswagen's claims that the diesel vehicles were "low-emission, environmentally friendly, met emissions standards and would maintain a high resale value," the commission says, were demonstrably false. The FTC lawsuit also says VW continued running the ad campaign even after evidence of the diesel cars’ rule-breaking emissions came to light in 2014.

The ads, which ran for both Volkswagen and Audi models, were a massive part of a high-visibility, multi-media campaign. Commercial and advertisements touting the diesel vehicles were seen online, in print, and on TV—even making an appearance during 2010's Super Bowl XLIV.