N.Y. attorney general’s office is in a P.O.’ed state of mind. 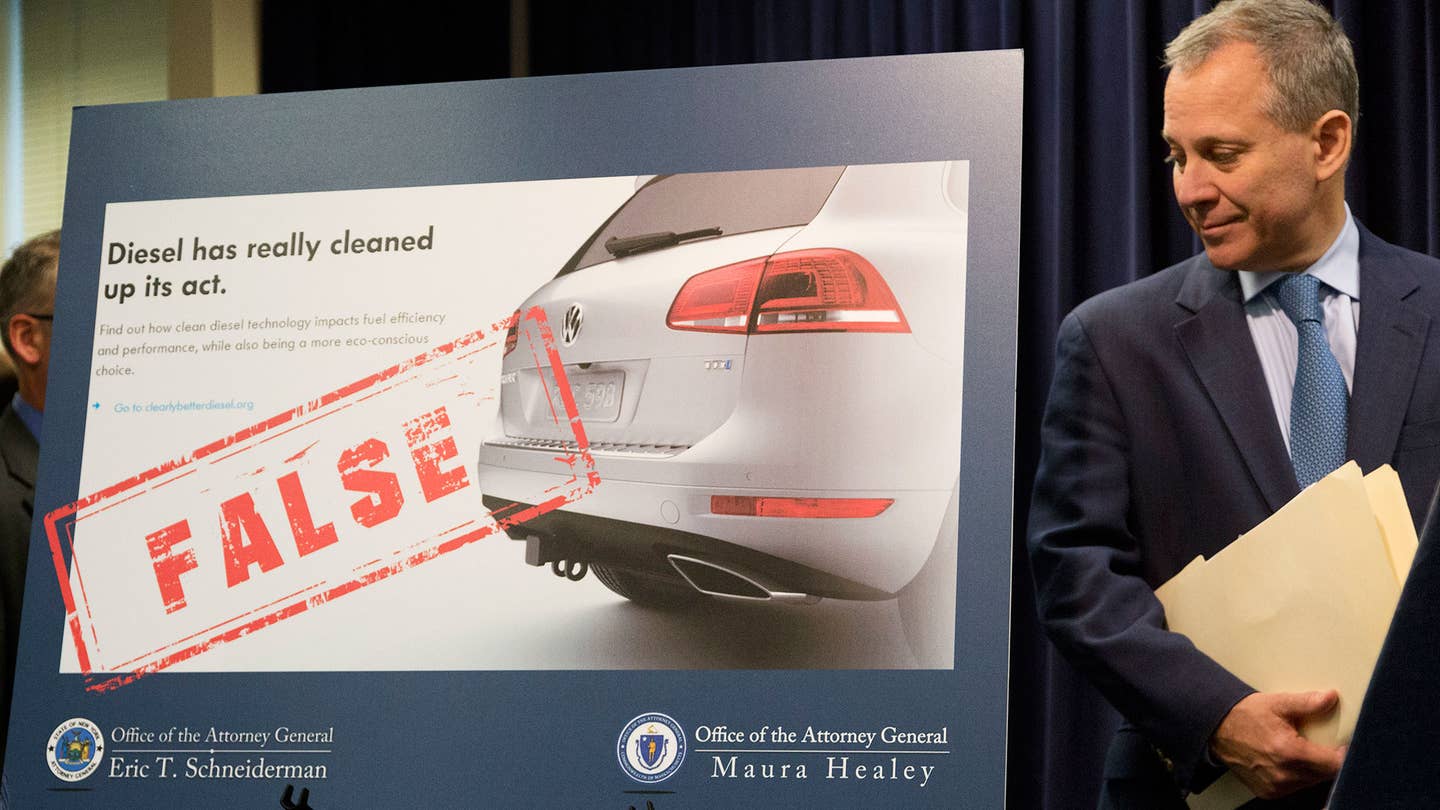 The Drive's home state isn't happy about Dieselgate. New York has filed suit against Volkswagen over the diesel engine scandal, claiming top executives at the German carmaker were aware the company was cheating on American emissions tests and actively covered it up.

New York is seeking hundreds of millions of dollars in recompense from Volkswagen as a result of Dieselgate cheating, according to the civil suit, filed Tuesday by New York attorney general Eric Schneiderman in state court in Albany. Massachusetts and Maryland have also filed civil suit against the carmaker over the scandal.

In a response to Automotive News, VW spokesperson Jeannine Ginivan decried the lawsuits from the three states, claiming the claims had already been discussed in great detail during the carmaker's chats with other U.S. authorities. "It is regrettable," she said, "that some states have decided to sue for environmental claims now."

The New York lawsuit alleges that Frank Tuch, head of group quality management at the time, emailed then-Volkswagen CEO Martin Winterkorn after learning of West Virginia University's discovery that the automaker's diesel-powered cars were greatly exceeding federally-allowable emissions levels, telling Winterkorn "a thorough explanation for the dramatic increase in NOx (nitrogen oxide) emissions cannot be given to the authorities."

The suit also claims that at least eight Volkswagen employees destroyed or otherwise got rid of incriminating data in August of last year, even after lawyers told them not to do so. "Some but not all of the data has been recovered," the suits states.