Top Auto Exec: “Volkswagen Is Lehman Brothers,” Not Too Big to Fail

And that Congress will gut the CEO like a fish. 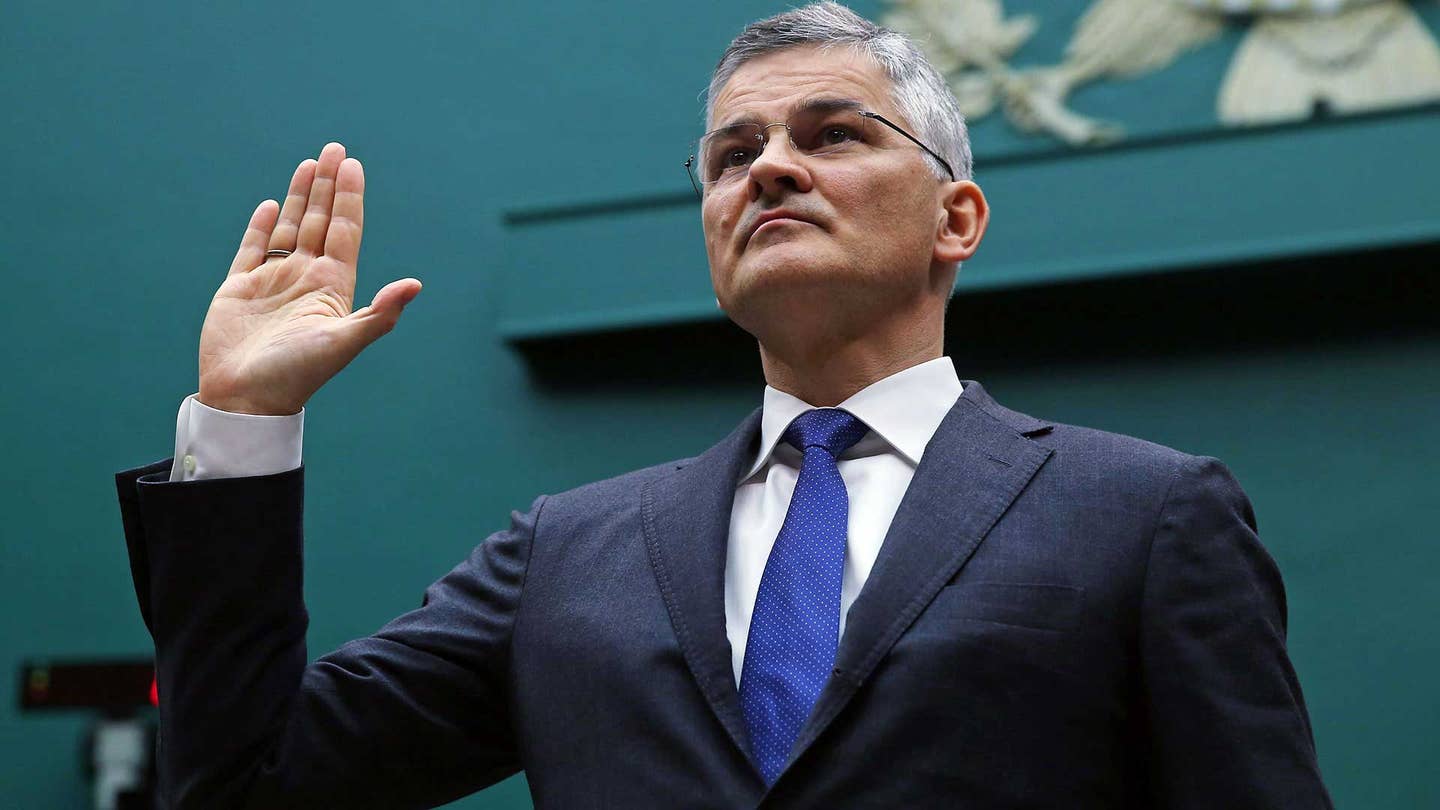 As Volkswagen of America CEO Michael Horn (pictured) testifies before Congress on Oct. 8, a top executive at a leading auto manufacturer describes the potential fallout of the German carmaker as “devastating.”

“The fix for these engines is likely be to locking the software so the engine is EPA compliant,” the executive, who asked to remain anonymous, tells The Drive. “Most likely, owners won’t want the cars anymore, and then the lemon laws kick in. Those will force VW to buy back every single car it sold in the United States. When you really start to drill down on buybacks globally, it’s not hard to get to $100 billion out of the gate. And that doesn’t even include the fines.”

"We don’t know where this is going to end. But it’s probably lights out for Audi’s Le Mans program, and for any hope of getting into Formula 1."

Before erstwhile VW CEO Martin Winterkorn stepped down last month on the heels of revelations that the company illegally and intentionally hacked its diesel engines to trick emissions testing, he set aside $7 billion to cover the costs of a potential recall and EPA fines.

“That’s not going to be nearly enough,” the executive says. “And here’s the problem: The European economy is dependent on the German economy, and the German economy is dependent on the auto industry. One in six items exported from Germany is a car, and Volkswagen is the biggest maker of those. We don’t know where this is going to end. But it’s probably lights out for Audi’s Le Mans program, and for any hope of getting into Formula 1.”

Will the German or U.S. governments bail out the massive company, which has half a million employees and recorded $226 billion in revenue last year?

“VW is Lehman Brothers,” the executive says. “Lehman Brothers brought down the banks, but that scandal was wrapped in a lot of vague terms that people couldn’t really comprehend. In this case, a villain has been caught committing a crime red-handed. It’s something people can really sink their teeth into. How does a politician step in and defend that?”

"Horn is going to take the fall,” the executive says. “Congress is going to gut him like a fish."

In the United States, there are 482,000 affected VW TDI diesel cars, at an average cost of $15,000 each. If the lawyers looking for an emissions-scandal payday get their way (and they very well might), there could be a full buyback under state lemon laws, which are based on a federal consumer protection law called the Magnuson-Moss Warranty Act. Worst-case-scenario cost of a total U.S. buyback? Some $7.23 billion—the entirety of the global emergency fund set aside by VW. Not including fines.

Horn, who is appearing before the House Energy and Commerce Oversight and Investigations, has already conceded he first heard about emissions discrepancies with TDIs in the spring of 2014—a full year before the news broke.

“Horn is going to take the fall,” the executive says. “Congress is going to gut him like a fish. But I don’t think it’s going to end there. Winterkorn will have his moment in front of the committees. A lot of people will. This scandal isn’t going to go away. This is just beginning.”

For more breaking news, Sign up for Hot Laps — the daily newsletter from the editors of The Drive. Sign up now!