Inside a clever scam that could earn unscrupulous dealers millions in VW's #dieselgate buyback. 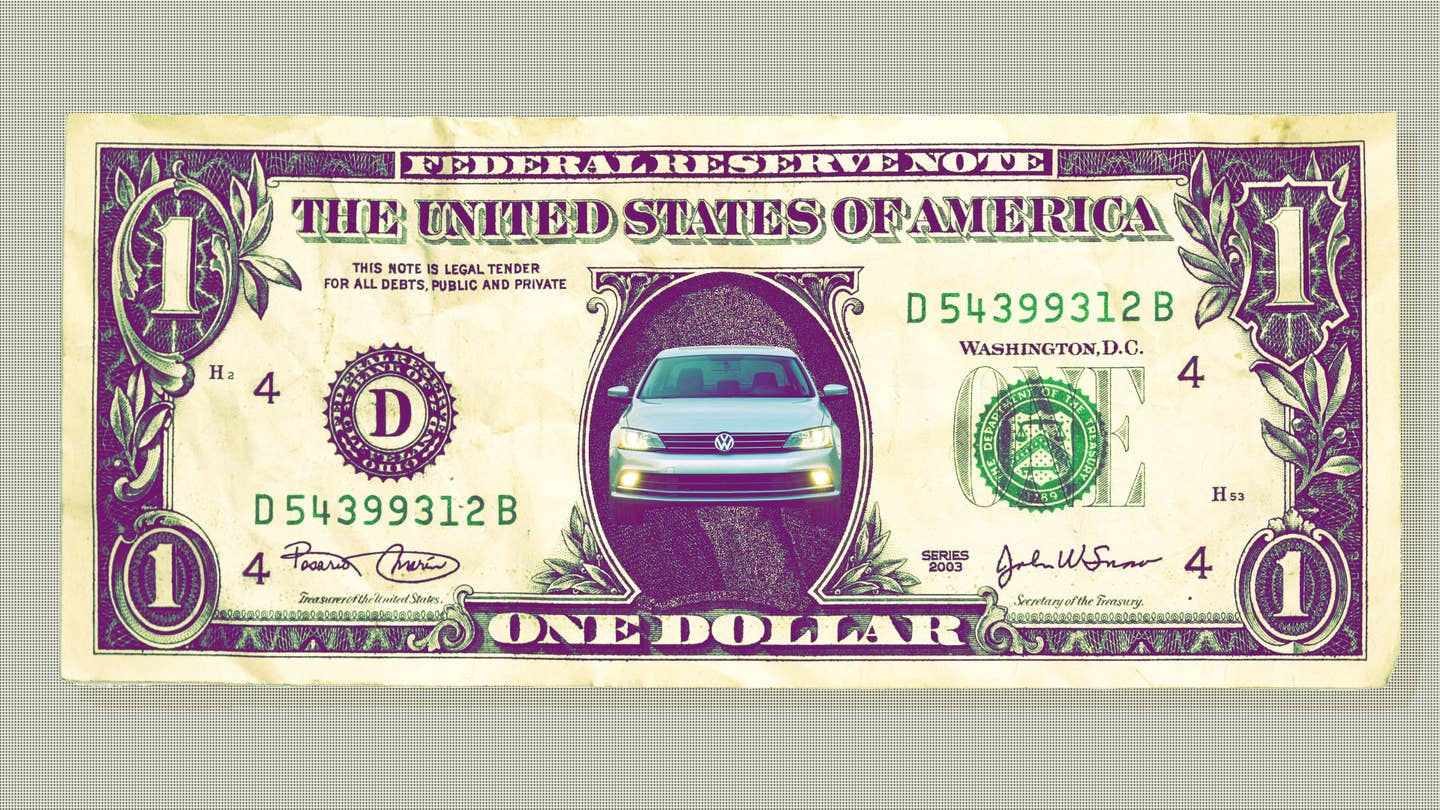 This past Friday I received an email from a car dealer who frequents my Facebook feed. He PM'd me a certified letter from VW stating that they were going to give him a check for over $18,000 for a car he bought for less than half that price just a couple of months ago.

“You were a little wrong about being able to take advantage of the diesel buyback...lol!”

This government mandated recall program protected a lot of Volkswagen diesel owners who are about to lose their daily drivers. But not everyone is choosing to protect VW owners—or do the right thing.

In fact, plenty of used car dealers who know the loopholes of this program are getting an even better return for what is now a no-risk, five-figure profit on individual cars.

“I don't believe you can use it for the VW recall and get money since your name would be registered after their deadline,” I wrote back.

Shortly after reading my email, this car dealer bought a TDI model at an auction and registered it under his own name. Then he contacted Volkswagen, submitted the paperwork that showed the vehicle was now his, and received a $10,000 profit.

Of course, that money was intended for the actual owners of a Volkswagen diesel, and not a dealer who doesn’t inform the prior owner of the windfall and earns the profit on the sly.

No matter the process, the outcome is always the same: The prior owner only gets a small partial reimbursement, and the dealer gets to pocket everything else [ED. NOTE: This statement has been updated for accuracy]. But proving a specific case with documentation was something I never thought would be a reality.

I wasn’t the least bit surprised that the cheaters at Volkswagen were getting cheated by those who knew how to cheat. This is the car business, where swindlers will swindle, most fees are bogus, and the marketplace rewards the clever while punishing the naive.

What annoyed me to no end was that this dealer was screwing the prior owner—someone he never even met—by putting the title in his name and collecting the check.

He knew the details of the VW buyback program, and the chance of getting caught was virtually nil. He received the profit meant to protect the prior owner, and that profit was to the tune of over ten thousand dollars.

In fact, he may not have even committed a crime. Legally, he was now an owner. The car was in his name. Could he argue that his goal was to drive the vehicle as a daily driver? Absolutely. Did the victim know that they were getting victimized? Not at all.

There is plenty of blame to go around for this practice, which could be viewed as legalized theft or fraud by deception. Volkswagen has been the enabler of this behavior at the dealer level. For well over a year, cars like that 2011 Jetta TDI have been purchased by those who know how to get paid for the recall, at the cost of consumers who aren't savvy to Volkswagen’s registration loopholes.

The smart thing for Volkswagen to do would have been to institute a cutoff date for registering the 400,000 plus vehicles. This way those who bought the vehicles before that date could be rightly compensated.

Volkswagen chose not to do that. Instead of telling the public on September 18, 2015, that they would only reimburse owners who purchased these vehicles before that date, Volkswagen left the door completely open for any car dealer to screw owners and massively profit from the scandal.

Over the past year or so, the folks who traded in their vehicles didn’t get a penny if the title was converted to another person’s name.

None of these vehicles would have been approved for these car dealers under VW's Buyback Program had the titles been kept in the prior owner's name. By self-dealing these recalled vehicles, and putting them in their own name, a used-car dealer can easily exploit this loophole and earn a windfall.

So who loses besides the owner? Not Volkswagen. Believe it or not, VW lose a single penny from this behavior. That $18,000 check is going to go to whoever happens to be the registered owner of that specific vehicle. If it's a dealer, then maybe all the better. After all, VW has to earn back the goodwill of its dealer community as well as the public.

Does Volkswagen care about any of this? I doubt it.