Throw in the platform of a prior gen A3. Mix that with a 1.4 Liter turbo that offer excellent mid-range torque. Stir a stick into the compact mix and sprinkle in nearly $3000 in incentives. 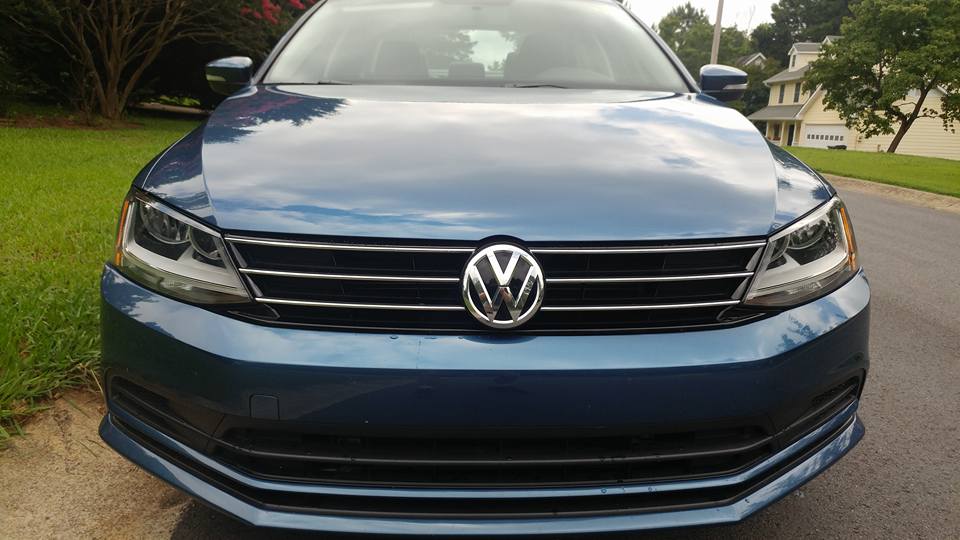 Sometimes sporty isn't, and the base model 2016 Volkswagen Jetta was once the rolling incarnation of novocaine incarnate. The 2016 VW Jetta was a hopeless uncompetitive old fart thanks to VW mating a large marge compact with a too-slow 2.0 engine that offered owners the "Aarrrggghhh!!!!" in agricultural levels of acceleration.

Sales went kaput for the 5th straight year thanks to VW's desire to out-cheap a Toyota Corolla. Failure seemed inevitable. But then the powers that be in VW's North American operations remembered an old German trick that helped many a lame duck model in the USA get its second bulge of power.

A brand new base engine from its European operations that's designed to make a joyless commute into a thrill. The 2017 Volkswagen Jetta pulls it off in a way that makes old-timers like me reminisce about ancient Mercedes W123s and W126s that got their last shot of automotive adrenaline right before the new generation came to our shores.

Volkswagen has finally managed to make this Jetta fun to drive right before they killed it. But don't aim for any Jetta because as someone who looks at the retail car market every day, I can discern a $16,000 sweet spot that's located right in between the Jetta's declining sales and sky high rebates.

A mid-level SE with a 5-speed. Make it a stick or don't get it at all. Get the nicer seats and stereo system, and don't aim too high or too low on the options list. This mid-level version is within $1000 of the base model according to the local TrueCar trajectory.

This is because tightwads tend to opt for the cheap stuff - often times for no intelligent reason. The base S version is going to be too stripped for anyone who wants a keeper and lease whores will try to jump on the slippery $199 a month bandwagon. But the keepers among us, if we aim for that middle ground, will be able to enjoy a fun sporty compact that will likely offer less than a thousand bucks in annual depreciation between the new car cradle and the final goodbye.

On the high end that is $20,000 and beyond, the Volkswagen Jetta butts heads with the Mazda 3 and Subaru Impreza. Both of these models are light on rebates at the moment regardless of the version you buy while a mid-level stick Jetta SE will have nearly $3000 on the hood. Keep in mind, the new car market is turning south and the model changeover bloodbath that inflates incentives to their zenith is still a couple of months away.

I drove this Jetta for a week and change enjoyed the hell out of it for one big reason - mid-range torque. The right engine has finally been mated to the right transmission and chassis.

Atlanta traffic can be downright hellish in a third-world sense. Let me put it to you this way. Some of our drivers should be shot and dumped on the side of the road.  But the Jetta actually made my commute interesting... in a non-road rage way. I enjoyed this one unique version of the Jetta so much that I actually spent an entire evening specing out all the filters, fluids, and belts I would need to keep this version of going for 100,000 miles.

Right now you can get the SE version for around $18,500 according to TrueCar, and that's before $2750 in incentives that most anyone can get from temporarily switching their insurance company and opting for a 0% finance deal. Without any real negotiation you're looking at under $16,000 which is a killer deal for a fun sporty compact.

I think you may see this deal will sweeten by at least another thousand before the brand new Jetta debuts. Jetta sales are still down for the year and without any strong diesel demand, Volkswagen needs to sell as many of these possible. If it hits $15,000, it'll likely be the single strongest sweet spot you can find in the compact car segment.