The new generation sedan from VW will flex its design and aftermarket availability at the Las Vegas motor show. 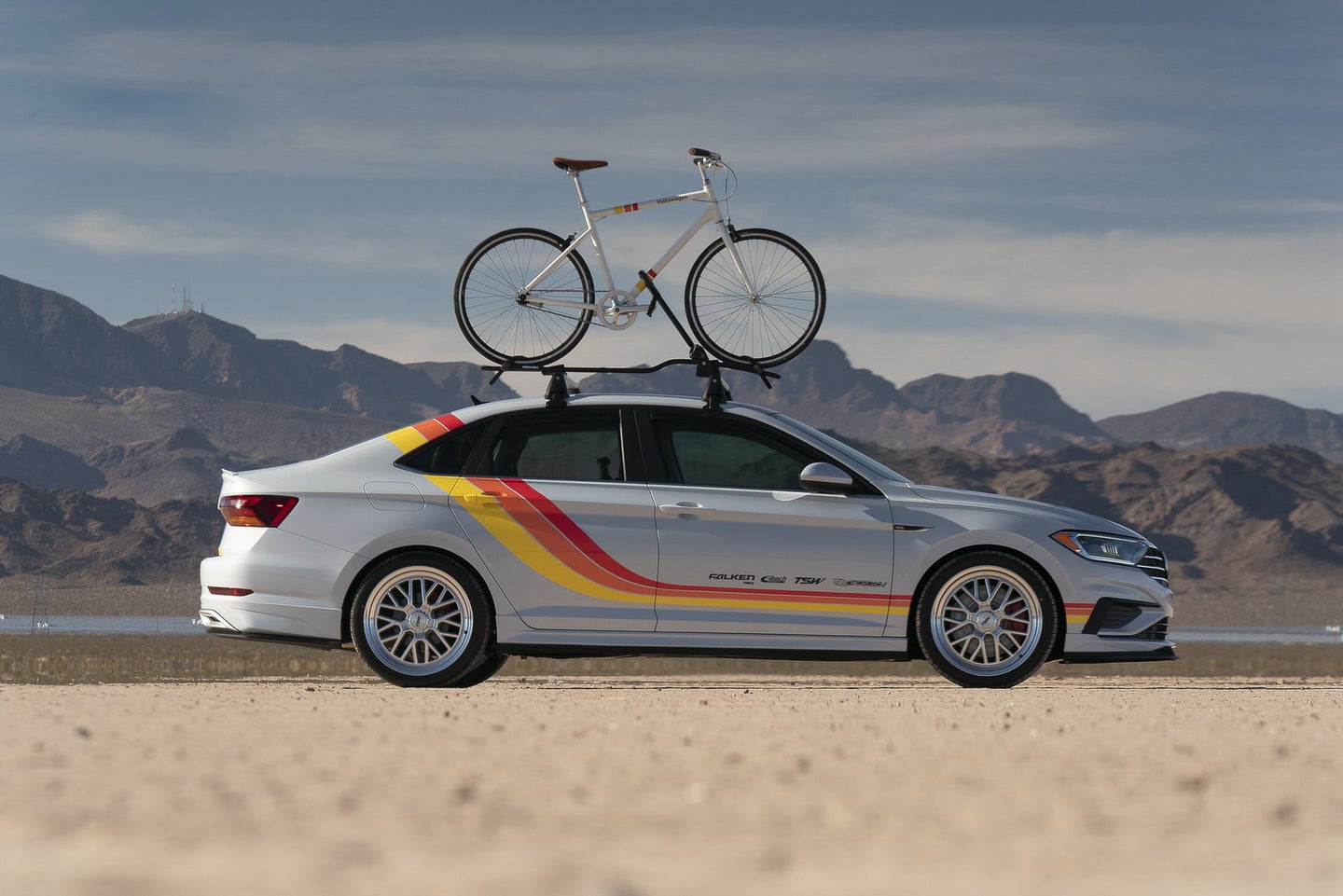 Volkswagen just announced that it's heading to the 2018 SEMA show in Las Vegas with a set of heavily customized VW Jetta models. These tuned Jettas each have a unique theme that highlights the car's performance and tops it off with some bold styles.

The three custom Jettas were built by Air Design USA, H&R, and Volkswagen enthusiast Jamie Orr. Each is meant to inspire the creative side of Volkswagen Jetta owners.

“Straight from the factory, the seventh-generation Jetta’s bold new design grabs people’s attention,” stated VW Sales and Marketing exec Robert Gal. “The fact that this group of top tuners and customizers chose it as a canvas for their offerings and creativity is further testament to its appeal.”

Jamie Orr took his six-speed Jetta S SEMA project, lowered it, and incorporated an adjustable suspension, bigger brakes, and even used a 3D-printed body kit, amongst many other things.

“I've been a longtime fan of the Volkswagen Jetta, and have owned many, from the first generation onward,” says Orr. “This latest iteration has some really interesting and exciting design elements, which I was thrilled to try to highlight through this project.”

The Jetta R-Line from H&R Street Performance is lowered with the brand’s coil overs and wheel spacers, with an Air Design USA body kit, to name a few of the modifications.

“The Jetta is a great car out of the box,” says Roland Graef, president of H&R. “This use of suspension, stance, bodywork, and wheels only compliment the incredible appeal the car already has.”

Air Design USA’s Jetta SEL is themed with retro-inspired accessories from the 1980s and 1990s. The second-generation is when the aftermarket really started to embrace the sedans and hatchbacks, making it a great homage to that spirit.

“Air Design’s first styling kits were developed for the Jetta Mark 2 and Jetta Mark 3 and have been part of the Volkswagen Euro-tuning cult, with a legion of dedicated fans throughout the world,” states Mariana Lopez, PR and social media manager for Air Design. “When the Jetta arrived this year, we knew we had to make sure we developed a sporty styling package to be available for our customers.”