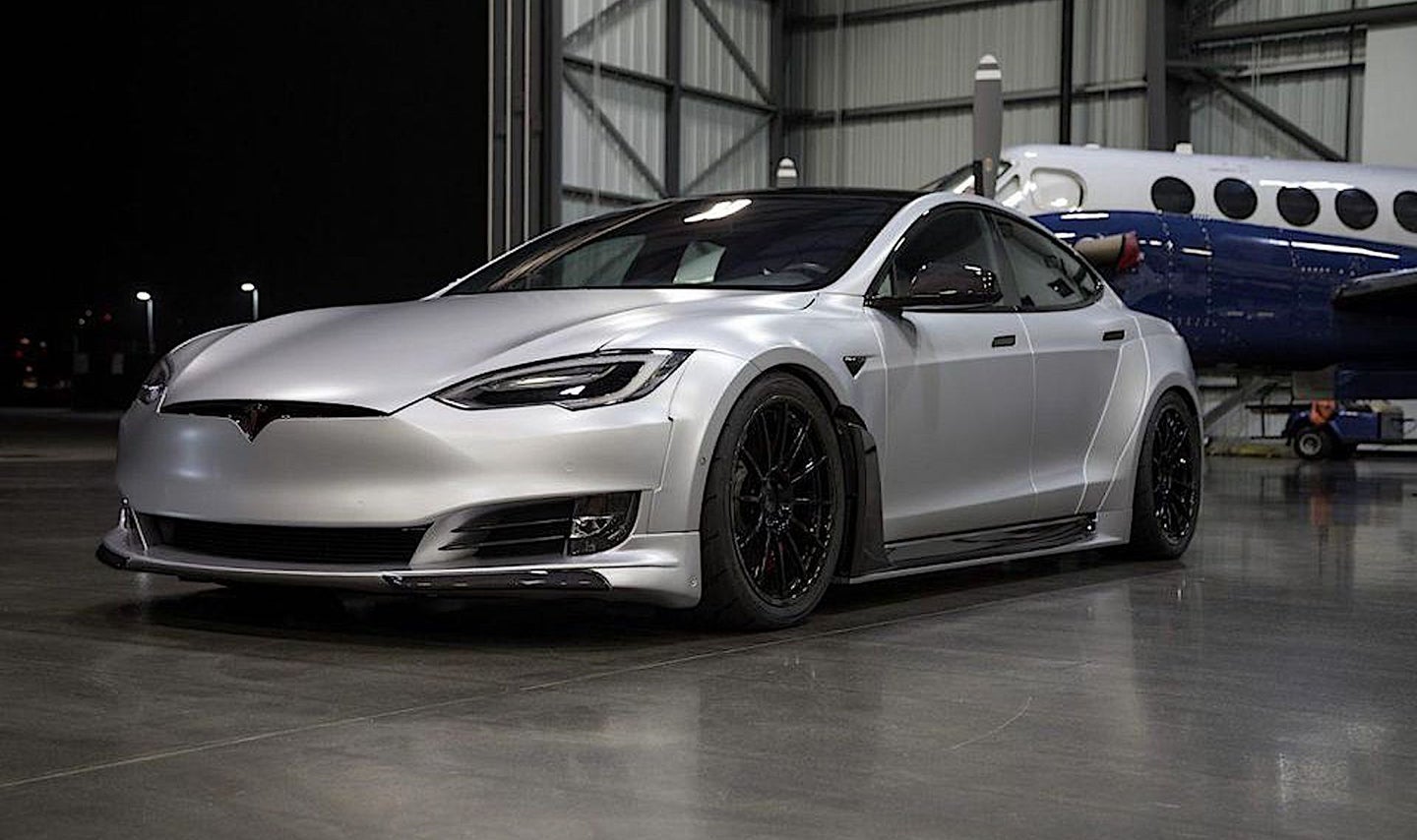 This year's edition of the annual SEMA event has already proven worthy with wild concepts flooding the Las Vegas show floor, and this widebody Tesla Model S is a standout in a field of lifted trucks and modified internal combustion cars. From the minds at Unplugged Performance, this custom Tesla has gained a little more than 1.5-inches per corner in width and is said to actually add to the performance of the ludicrously powerful Model S P100D.

This 19-piece body kit from Unplugged Performance is a $50,000 upgrade package from the company's S-APEX series. In addition to the widebody makeover, the SEMA car also has upgraded suspension components, bigger carbon ceramic brakes, ultra-lightweight wheels, and changes to the interior.

The company claims that this goes far beyond looks, offering that the lower weight combined with the upgraded suspension enables the car to make "0-to-60 runs in under 2.3 seconds and low 10-second quarter-mile passes." According to available specs, that's a reduction of one-tenth of a second in the sprint to 60 mph. While no modifications are understood to be made to the powertrain, the factory P100D Model S produces around 762 horsepower with gobs of instantaneous electric torque.

Unplugged Performance will also let its customers put in requests for a slew of other customizations, like exposed carbon fiber panels. The interior can be re-trimmed in custom upholstery, and there’s plenty of other options to change around the widebody package, which is good to hear for a such a hefty price tag. Typically, if you order one, it'll go straight from Tesla to the shop, but current P85D, P90D, or P100D owners can have the widebody package retrofitted on their car.

Based out of Hawthorne, California, Unplugged Performance gained notoriety for offering a range of Tesla Model S upgrades in 2014. The Tesla tuner has a history of revealing their latest works-of-art at the speciality show in Las Vegas. The main theme amongst their work is in-your-face appearance upgrades, inside and out, that make the Tesla models look less conservative, dare we say, even somewhat aggressive.