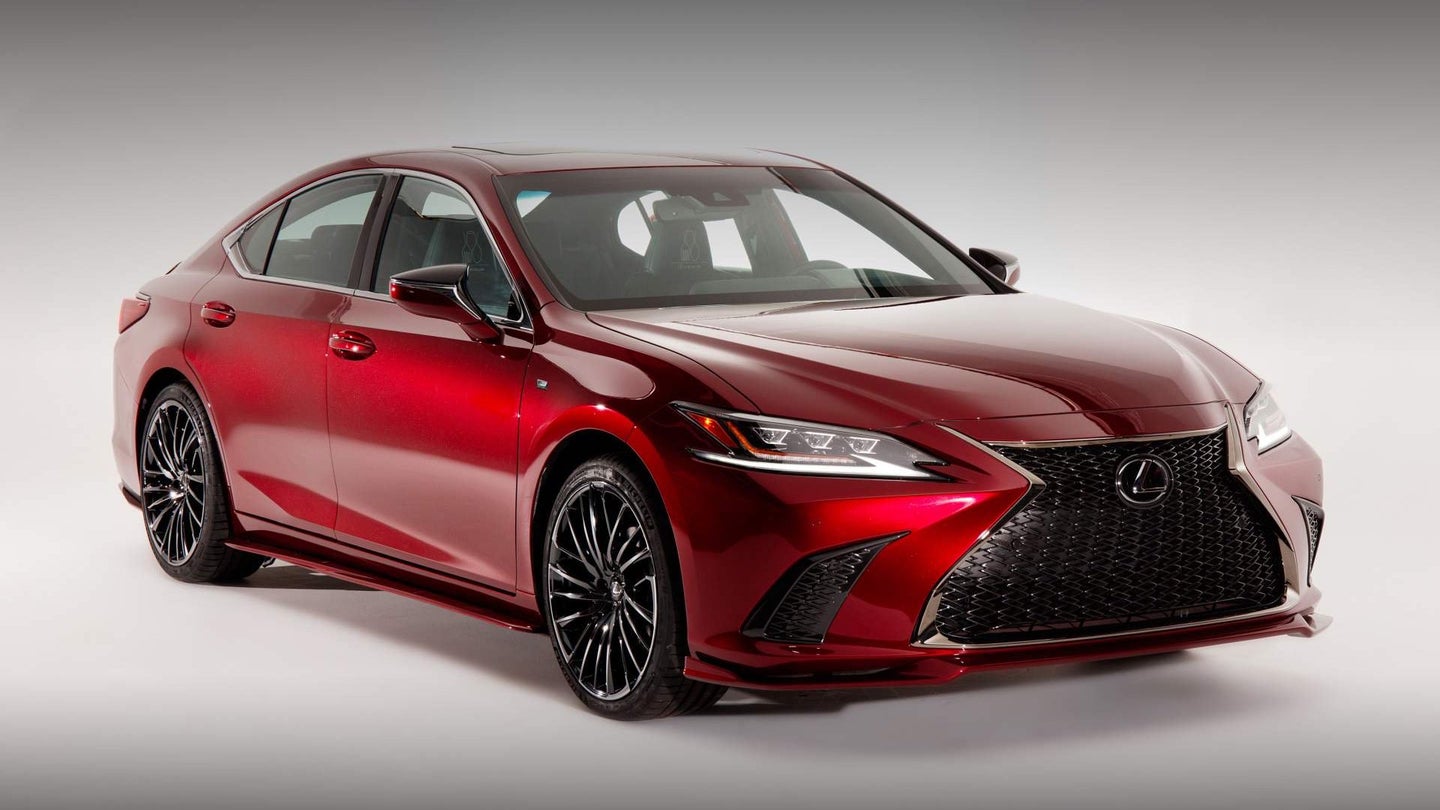 This year’s annual SEMA Show officially kicked off Tuesday and will be gracing the Las Vegas Convention Center with a flurry of eclectic concept cars through Nov. 2. For Lexus, that means showing off a dark red 2019 Lexus ES 350 with a fully functional wine cooler installed in the vehicle’s trunk capable of accommodating seven bottles of wine.

The cooler is situated in a compartment below the trunk floor, and located deep enough to keep a minimum of six bottles of wine safely situated and temperature regulated, Digital Trends reports. Since wine is meant to be shared, Lexus installed a separate compartment next to the cooler which can hold up to four wine glasses. Additionally, the carmaker made sure to include a bottle-sized recess beside it in order to bring a seventh bottle along.

Since design is just as important to the Lexus brand as nifty features and their functionality, this customized trunk compartment was conceived with the kind of class and sophistication one would expect from a wine-infused addition. Let’s take a look at the oak barrel flooring and framing on the sides, shall we?

As you can see, the compartment here even includes a small, wooden table that conveniently slides in and out of the trunk space. In that sense, it wasn’t just the aesthetic that was at the forefront here, but the wisdom to know that you’ll need a stable surface to properly pour some glasses of wine once you’ve arrived at your destination.

Lexus even ensured to keep most of the 16.7 cubic feet of the ES 350’s trunk space open for more traditional payloads that aren’t necessarily wine. On top of that, the passenger seats have floor mats made with wine corks at their feet, and wine-specific stitching found on the front headrests. In terms of power, the vehicle’s 3.5-liter six-cylinder engine produces 302 horsepower at 6,000 rpm and 267 pound-feet of torque at 4,700 rpm. The front-wheel drive is powered by the vehicle’s direct-shift, eight-speed automatic transmission.

Ultimately, this is very much a concept car, like so many other vehicles being unveiled at the 2018 SEMA Show this week. While it’s highly unlikely that Lexus will be selling this particular wine cooler-infused model at its dealerships anytime soon, the carmaker has certainly found an impressive way to bring awareness of the ES 350 itself to the proverbial table. Cheers.

The new generation sedan from VW will flex its design and aftermarket availability at the Las Vegas motor show.