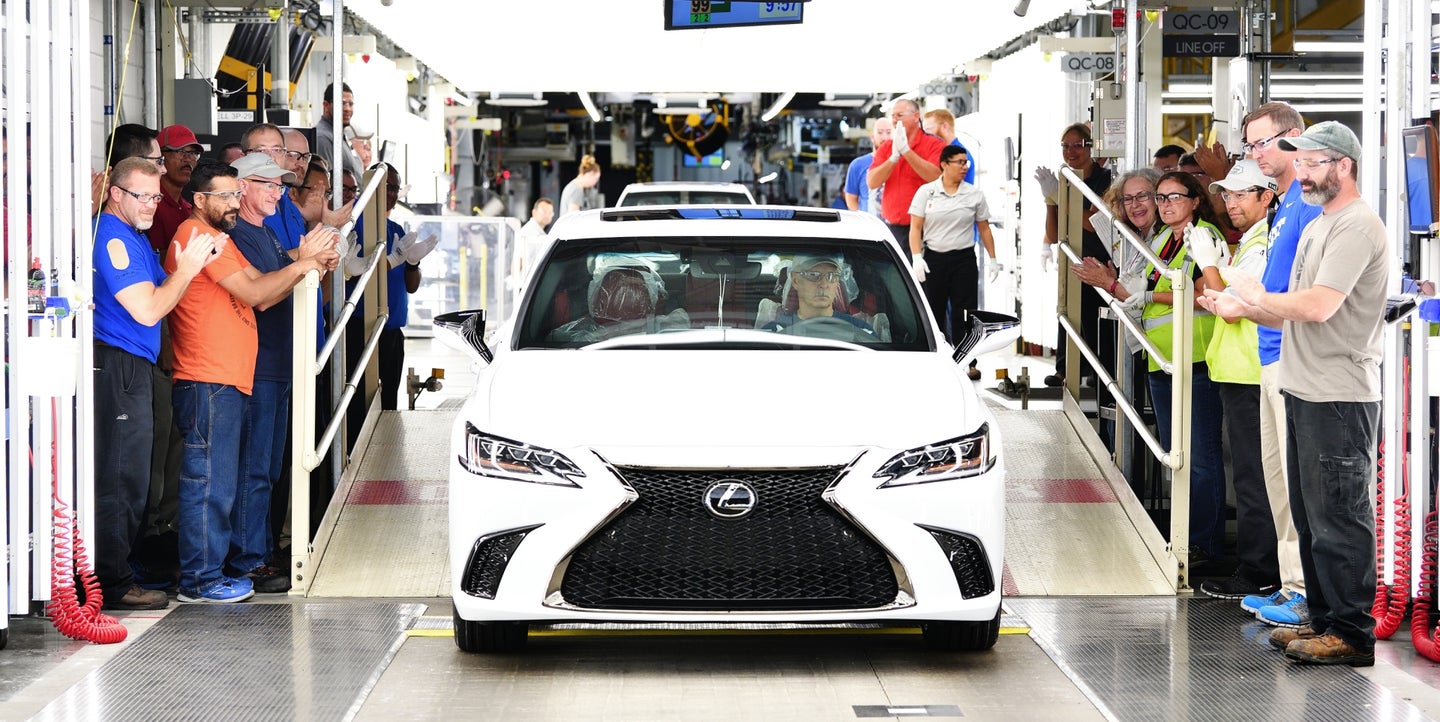 The first of the next-generation 2019 Lexus ES 350 mid-size sedans recently rolled off the assembly line in Georgetown, Kentucky. Lexus personnel at the brand's U.S. facility were given more than 150,000 hours of training to build the ES model, which included sensory training that teaches assemblers to feel for an abnormality as minute as a thread of hair and so on and so forth.

Production of the Lexus ES commenced in Kentucky in 2015, after more than $360 million was invested in a new production facility on the Toyota Kentucky campus. In addition to the ES 350, the 800-strong Lexus staff will now also build the all-new F Sport model. Back in 2016, after only a year of production, the Lexus production line received the Platinum award—along with Toyota’s Kyushu 2 plant in Japan—in the J.D. Power & Associates’ Initial Quality Study, reflecting the Japanese car manufacturer's dedication towards delivering quality.

Mike Bridge, Lexus assistant general manager, said of the ES 350 milestone: “After extensive sensory training, our team members rely on sight, sound, and touch to know that the craftsmanship of the car is of the highest standard.” Bridge went on to say that an example of this sensory training can be seen in body weld, where team members are taught to feel gap differences measured in fractions as little as 0.3 millimeters—equal to the thickness of three sheets of paper—with gloves 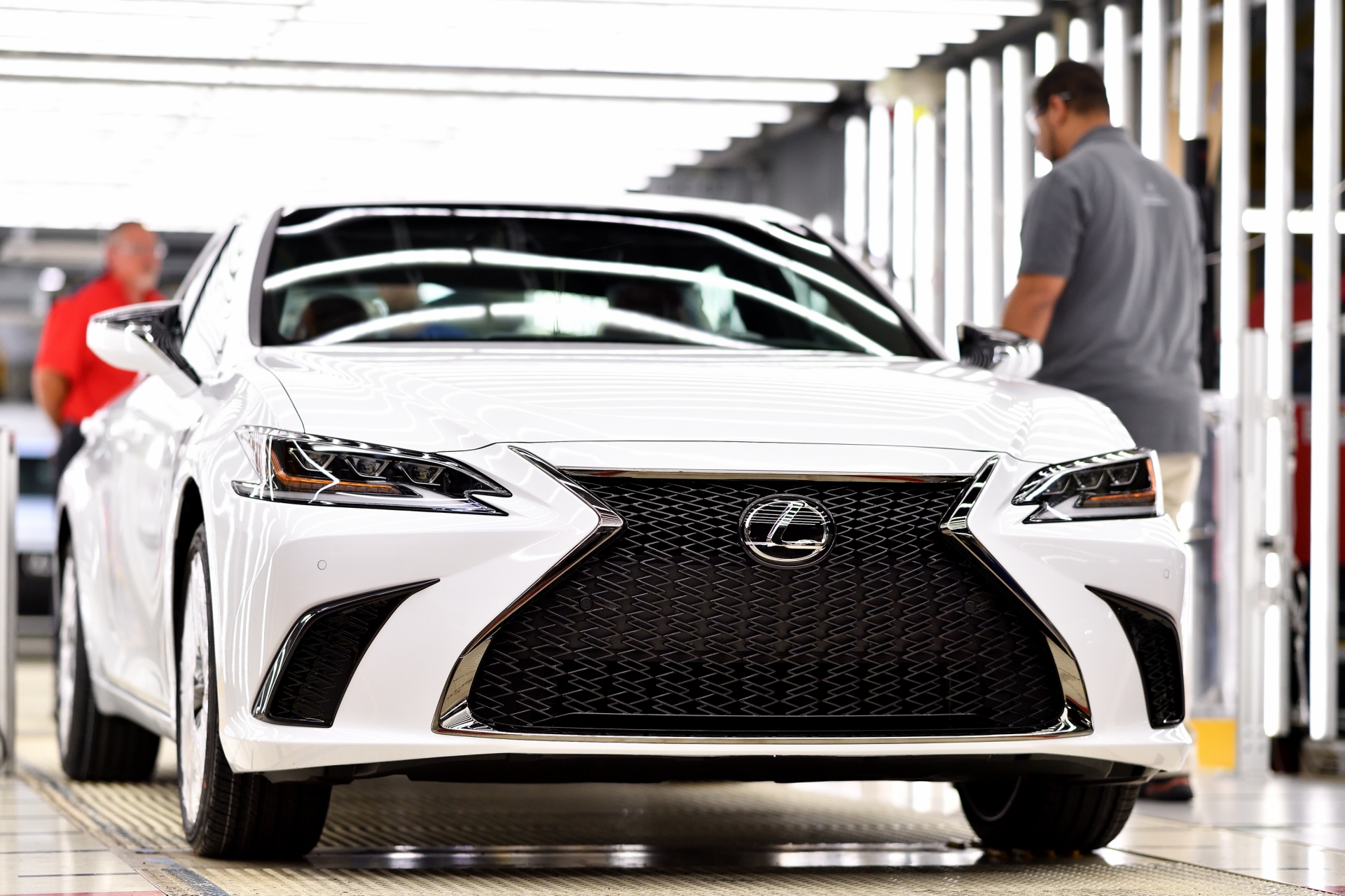 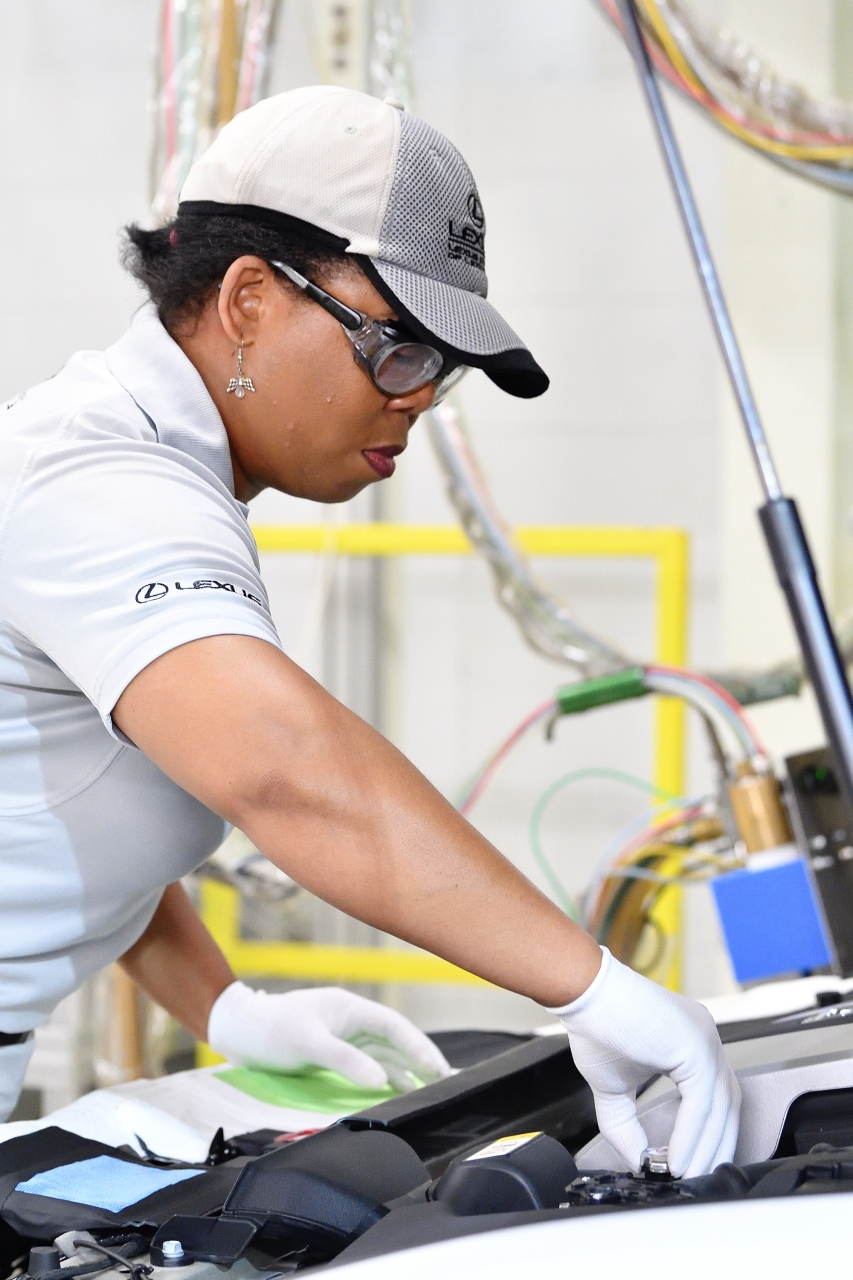 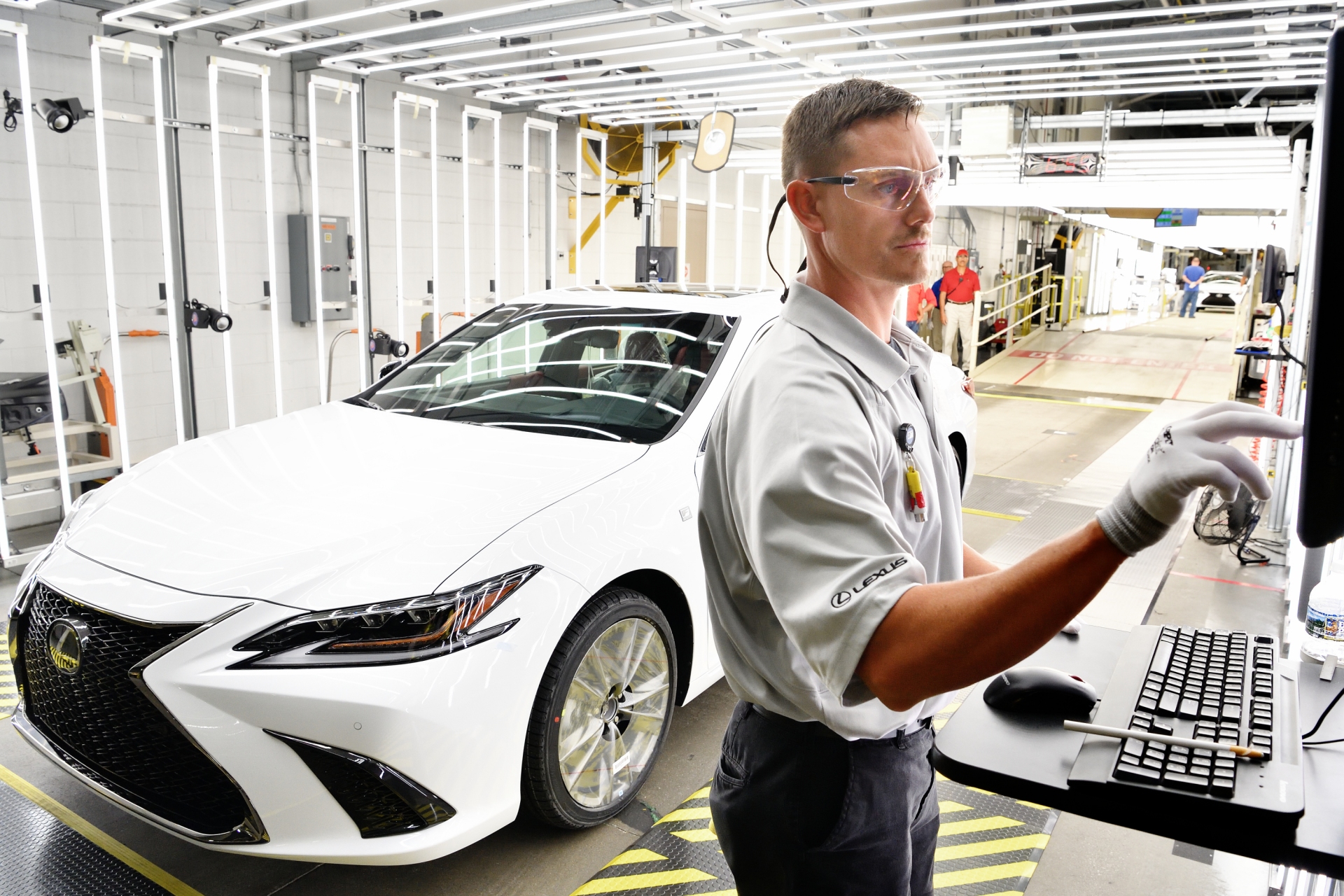