How Do You Feel About This Tesla Model S Roadster Concept?

Coachbuilder Ares Design says it will make the topless Tesla a reality. 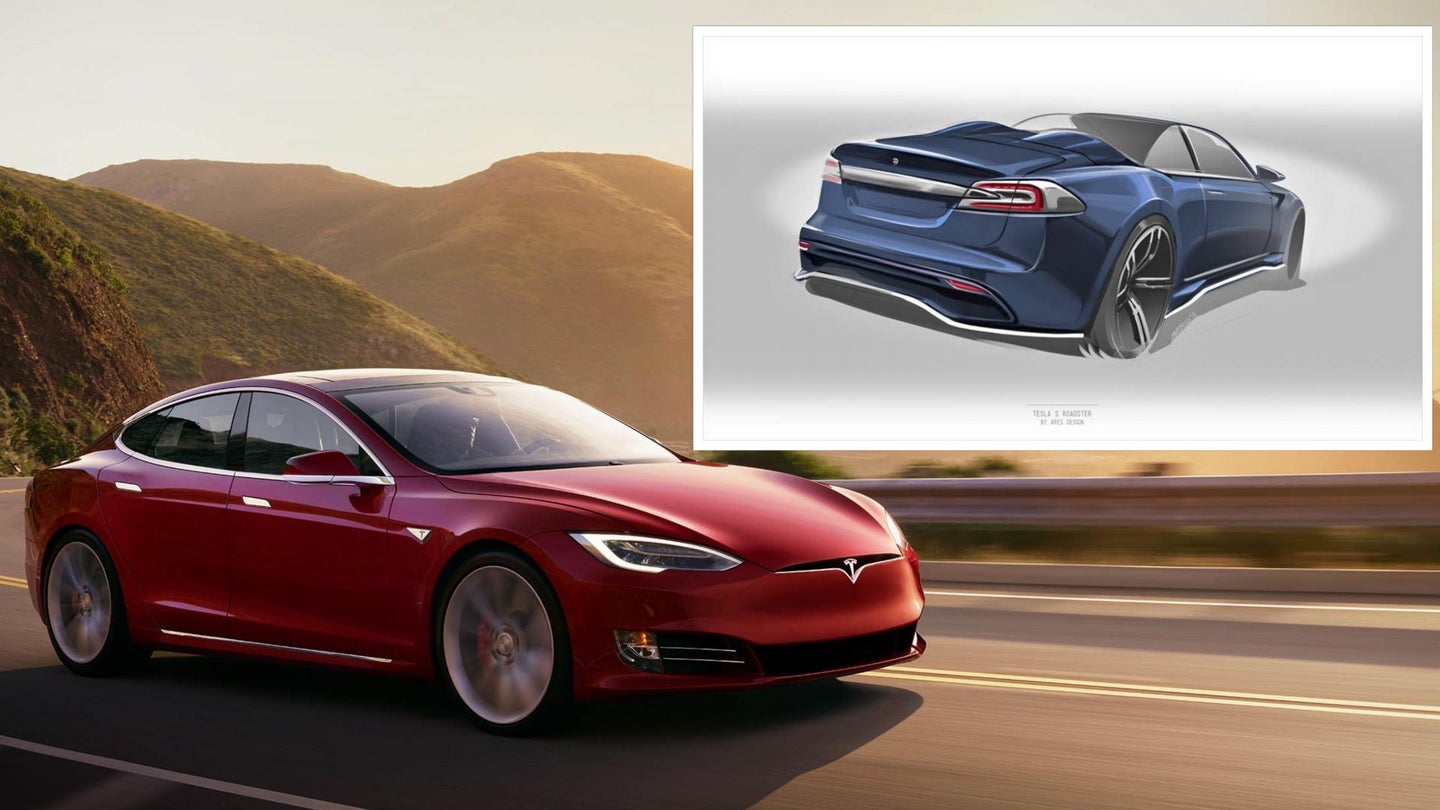 Electric vehicle fanatics needn't wait until the arrival of the Tesla Roadster in 2020 to be seen in an open-top Tesla, because an Italian coachbuilding firm announced Monday that it will build a Model S Roadster.

Coachbuilder Ares Design posted an image of its concept for a roofless Tesla Model S to its Facebook page, where it states that it is designing the topless EV.

"Ares Design will take all its knowledge and creativity into the all-electric cars universe, designing an exciting Roadster version of the Tesla Model S," said the company on social media.

As the design isn't past the conceptual stage as of yet, it's impossible to know what such a conversion would cost. Some of the labor involved is easily determined—unibody cars converted to convertibles need their floors reinforced—but the extent of frame modification will remain known only to Ares. Because Ares' concept is a two-door coupe, total removal of the B-pillar to accommodate longer doors is likely. Doors are often crucial to a unibody chassis' rigidity, so Ares' redesigned doors may too need reinforcement.

Customization of the Model S is no new phenomena, of course. A wide-body Model S P100D from Unplugged Performance rolled through SEMA 2018 in October, drawing attention to the future customization potential of Tesla products.

Ares too has received attention in recent months for its DeTomaso Pantera-inspired, Lamborghini Huracan-based supercar, the Panther. Said supercar brings flip-up headlights back for the first time since 2004 when the Lotus Esprit and C5 generation of Chevrolet Corvette disappeared from dealerships.