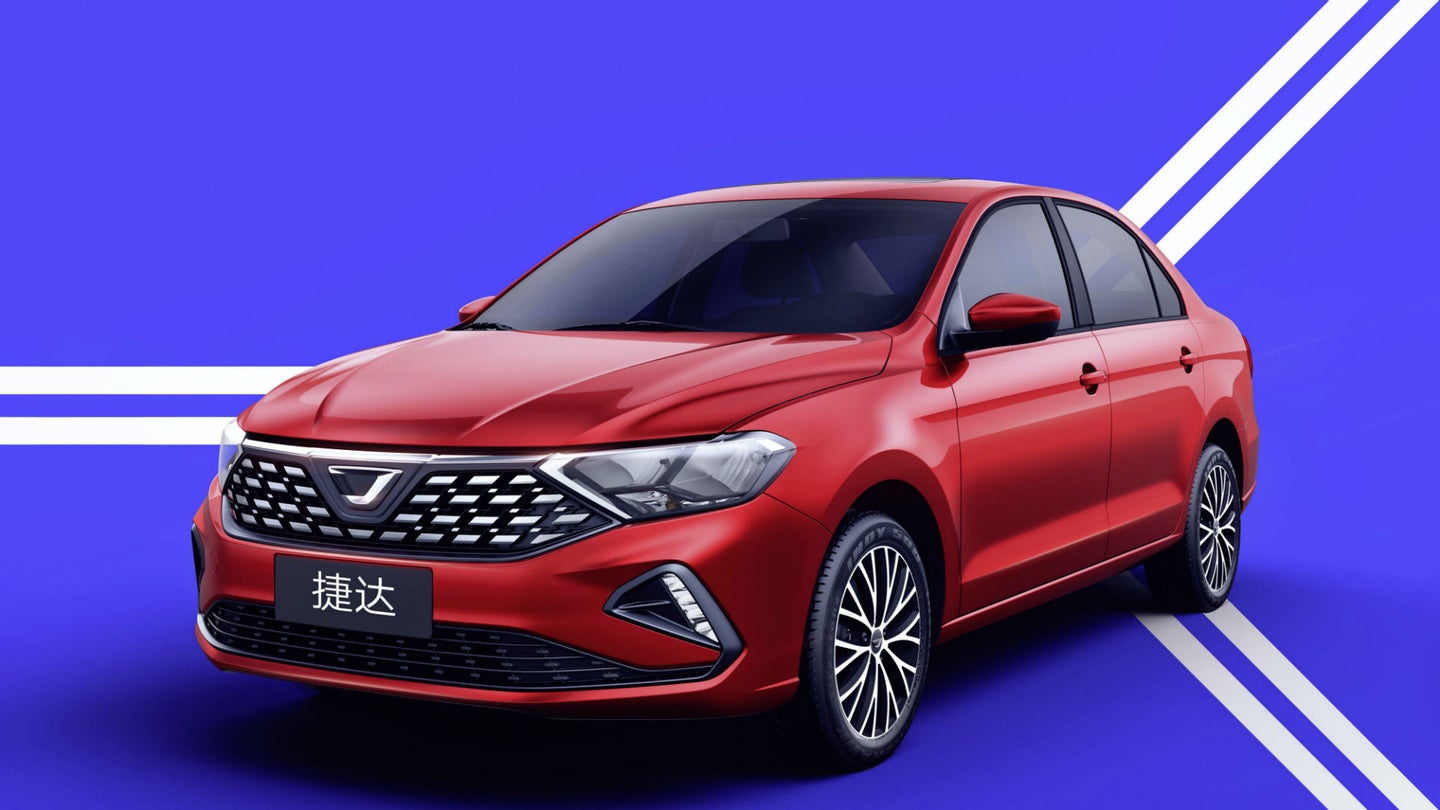 Usually, when manufacturers decide to give a model of car its own letterhead, they do so with a product that's stands out from the rest of its lineup. (See: Hyundai's Genesis luxury division; Dodge Ram pickups.) In a similar move that's not so self-explanatory, Volkswagen is spinning the Jetta off into its own brand in China.

Represented by a trapezoidal J, the Jetta brand will apparently be aimed at young Chinese customers that live outside of the country's big cities. In other words, regions where owning a car—any car—remains a luxurious novelty, a market mostly dominated by homegrown automakers. Jetta will consist of one sedan and two SUVs.

“With Jetta, we are closing the gap between the established VW lead brand in the top volume segment and entry-level mobility, which accounts for about one third of the Chinese market and is served mainly by local brands," said VW board member Jürgen Stackmann. "This way, we will significantly increase our market coverage."

As for the question of "Why Jetta?" the VW compact sedan is quite the hot seller in China with the company going as far as calling it iconic and drawing comparisons to the original Beetle's role in Europe in the middle of the 20th century.

"In China, the Jetta plays an extremely valuable role for us as a Volkswagen model. It has brought mobility for the masses, just like the Beetle once did in Europe," said Stackmann. "Developed by Volkswagen and built in China, the Jetta China has placed China on four wheels. To this day, it is one of Volkswagen’s most popular models in China—a real icon. This is why we are transforming a model into a brand for the first time in the history of Volkswagen and establishing a separate model and brand family."

Jetta-branded cars are scheduled to go on sale in the third quarter of 2019 and will supposedly reach 200 dealerships before the year is out.

40 years after its debut, the VW Jetta is still doing what comes naturally: being an inexpensive, high-quality German transportation machine.