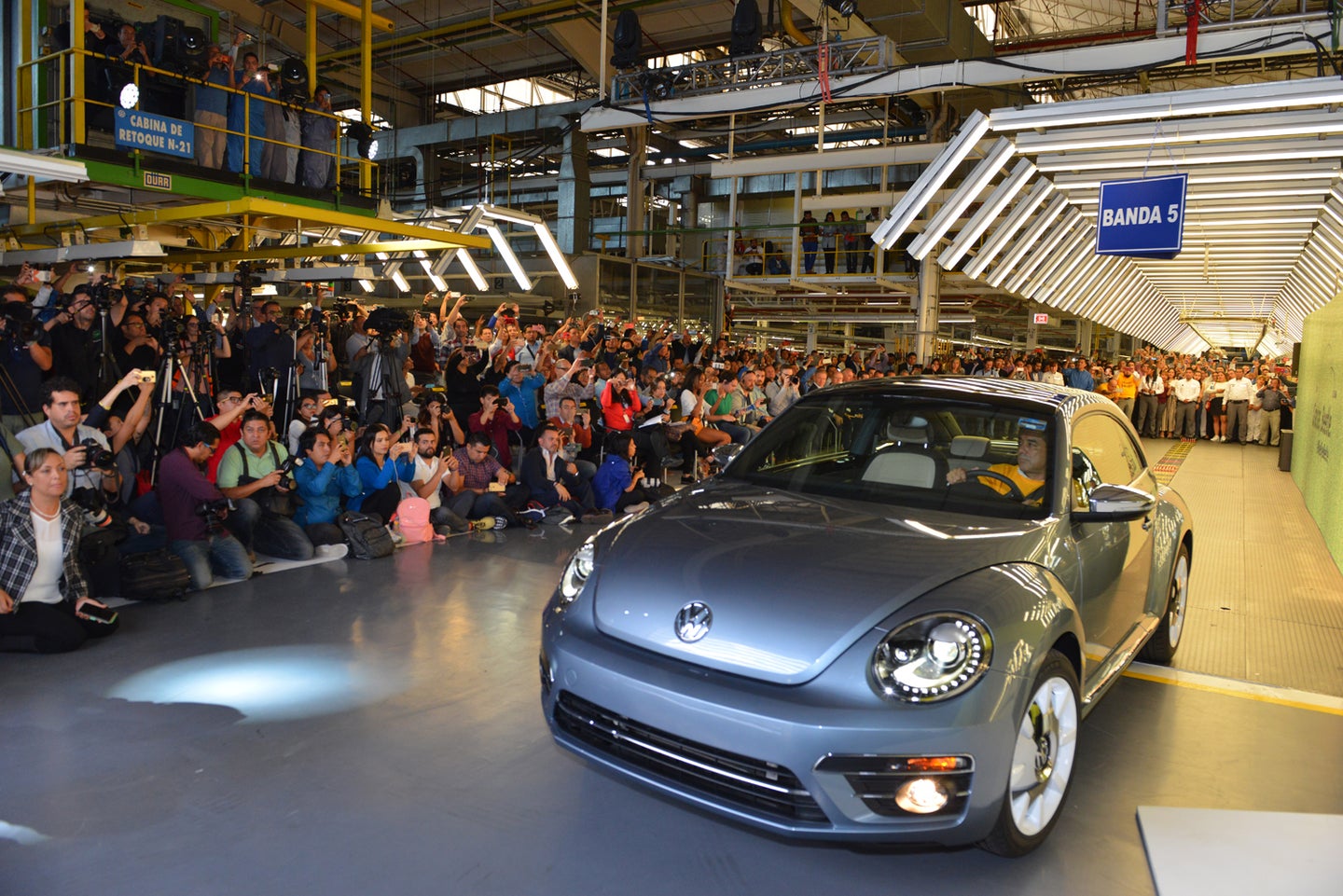 The final production units of the current-generation Volkswagen Beetle have rolled off the assembly line in Puebla, Mexico. The iconic Bug has been a staple for the German automaker and a pillar of the automotive industry from the early years. Since its debut in 1945, 21.5 million Beetles have been sold around the globe and nearly five million in the United States since its first import in 1949.

It's hard to think of another vehicle in the history of the automobile that's played a more crucial role in the overall development of civilization, with Henry Ford's Model T being the only motorized vehicle to surpass the Beetle in terms of relevance and importance to mankind. Furthermore, Volkswagen owes its entire livelihood to the success and popularity of the tiny two-door, considering its global reach and societal influence.

“It’s impossible to imagine where Volkswagen would be without the Beetle,” said Scott Keogh, President and CEO, Volkswagen Group of America. “From its first import in 1949 to today’s retro-inspired design, it has showcased our company’s ability to fit round pegs into square holes of the automotive industry. While its time has come, the role it has played in the evolution of our brand will be forever cherished.”

As far as the final Bettles to roll off the line, a duo of Kings Red Bugs will undergo a farewell party at the plant and will eventually be displayed at Volkswagen museum in the city of Puebla, Mexico. These final cars feature custom dashes, keys, and quilted seats. According to the automaker, they will also join Volkswagen of America’s collection of historic vehicles.

Following the Beetle's retirement, the Puebla assembly plant will allocate its resources to the production of a new compact SUV "tailored for the North American market," according to VW. It will allegedly slide below the popular Tiguan.