The famous Golf R32 hot hatch couldn’t have existed without the New Beetle RSI, which trialed VW’s VR-6 and AWD years prior. 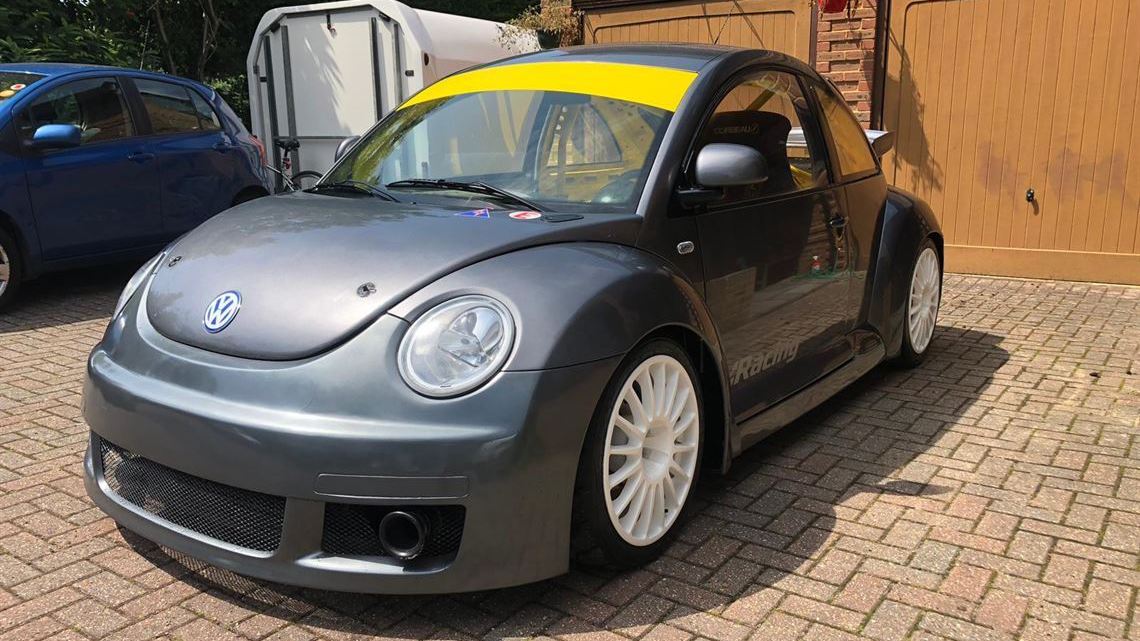 Rare, weird, and influential, the Volkswagen New Beetle RSI ticks all the boxes for what makes a collector car. And now, its racing-only sibling could be yours for under $20 grand.

One of the original 67 New Beetle RSI race cars has surfaced for sale on Race Cars Direct for shockingly little money. Its seller asks just £12,950, or about $15,740, and people have paid far more for slower, less interesting race cars. It doesn't seem to be an all-original example, as its valve cover bears an out-of-place R32 badge, and the listing says it has been supercharged with a centrifugal Rotrex unit, but that serves to make its claimed power figure of 320 horse believable.

Across its limited production, Volkswagen built just 317 New Beetle RSIs in racing and road-legal forms combined, so it's not every day that you see an RSI, and should you see one, you won't mistake it for anything else. Widened fenders and a supremely boy-racer-y wing give the RSI a stance that makes owners of lesser VWs green with envy, and distinguish it from garden-variety Beetles. Those go-fast pieces aren't just for show; underneath the hood is a 3.2-liter VR-6 that produces 221 horsepower and 236 pound-feet of torque, which it ships via a six-speed manual to all four wheels.

If that sounds similar to the drivetrain in the later Golf R32, it's because it practically is the same. Mark-four Golfs and New Beetles shared a platform, so adapting the RSI's powertrain for use in the Golf R32 was a piece of cake.

One could argue that through the R32, which was succeeded by the Golf R, the RSI may be indirectly responsible for this decade's spate of all-wheel-drive super hatches like the Ford Focus RS and Mercedes-AMG A 45. Maybe that's presumptive, but it isn't presumptive to say that the bizarre RSI is a landmark model for fans of Volkswagen performance cars, and one most VWVortex posters would want to own.

As far as the race car, it's located in the United Kingdom, but those who know how to import a vehicle to the United States—or have the cash to hire someone who does—will know it's doable, provided you don't try to register it as a road car. It's a race car for Pete's sake, so use it as one, and don't tempt the USDOT's crushers.