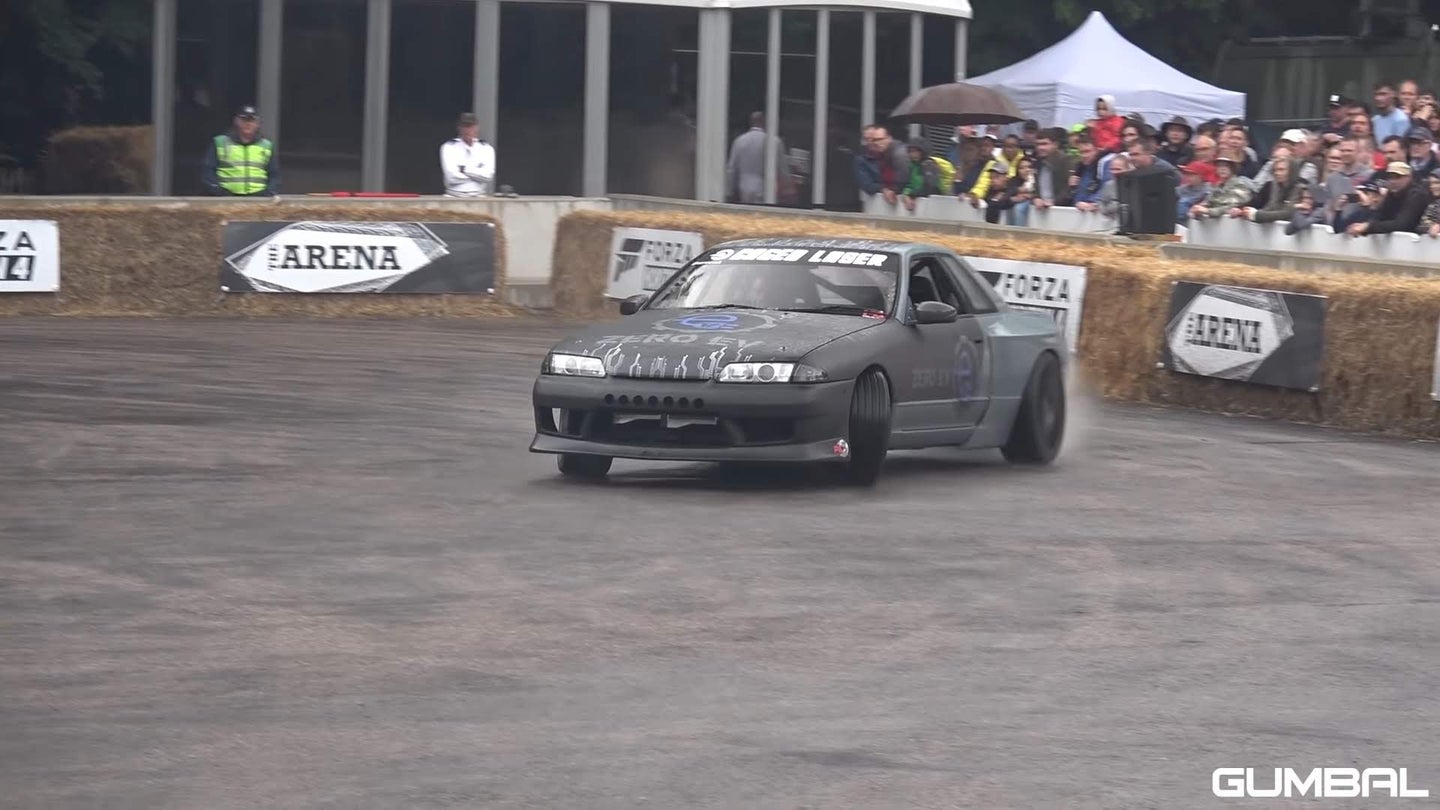 With the advent of high-performance electric car technology, the times are changing and motorsport is leading the charge. From Formula E to electric-assisted rally monsters, every corner of the racing world is making the switch. Even drifting isn't safe from the EV takeover, and hoonigans everywhere are beginning to trade their twin-turbocharged four-, six-, and eight-cylinders for batteries in the name of big power and torque.

A video posted by the Gumbal YouTube channel showcases the latest electrified drift car: a Tesla-powered Nissan Skyline R32. Driven by pro stunt driver Terry Grant at this year's Goodwood Festival of Speed, this Frankenstein's monster of a build is supposedly the first electric R32 in existence.

The car was built by Bristol, U.K.-based shop Zero EV, which specializes in converting all kinds of cars to EV powertrains, from old Volkswagen Beetles to Porsche 911s. Named the ER32, this Skyline build boasts a Tesla rear subframe and large drive unit, powered by some Chevy Volt battery packs. It supposedly makes about 500 horsepower and nearly 740 pound-feet of torque—more than enough to set the rear tires alight. The build was started in May of 2018 and first debuted at Fueltopia's Formula G drifting championship later that year. You can read the full build log here.

The pros and cons of fusing Tesla with Godzilla become immediately apparent in this video. Apart from clipping a barrier, Grant is still able to get the car sideways with ease and produce adequately smokey burnouts thanks to all of that electrified torque biting at the rear wheels. Unfortunately, this comes at the cost of a relatively silent performance, with the only real sound coming from the tires spinning on wet tarmac. To some, that takes away a fun aspect of spectating the sport: hearing the cars bang their redlines and backfire like mad as their drivers look for the perfect angle. However, losing the noise is something we'll have to get used to across the board.

What do you think? Would you slide around in this eco-friendly tire slayer?