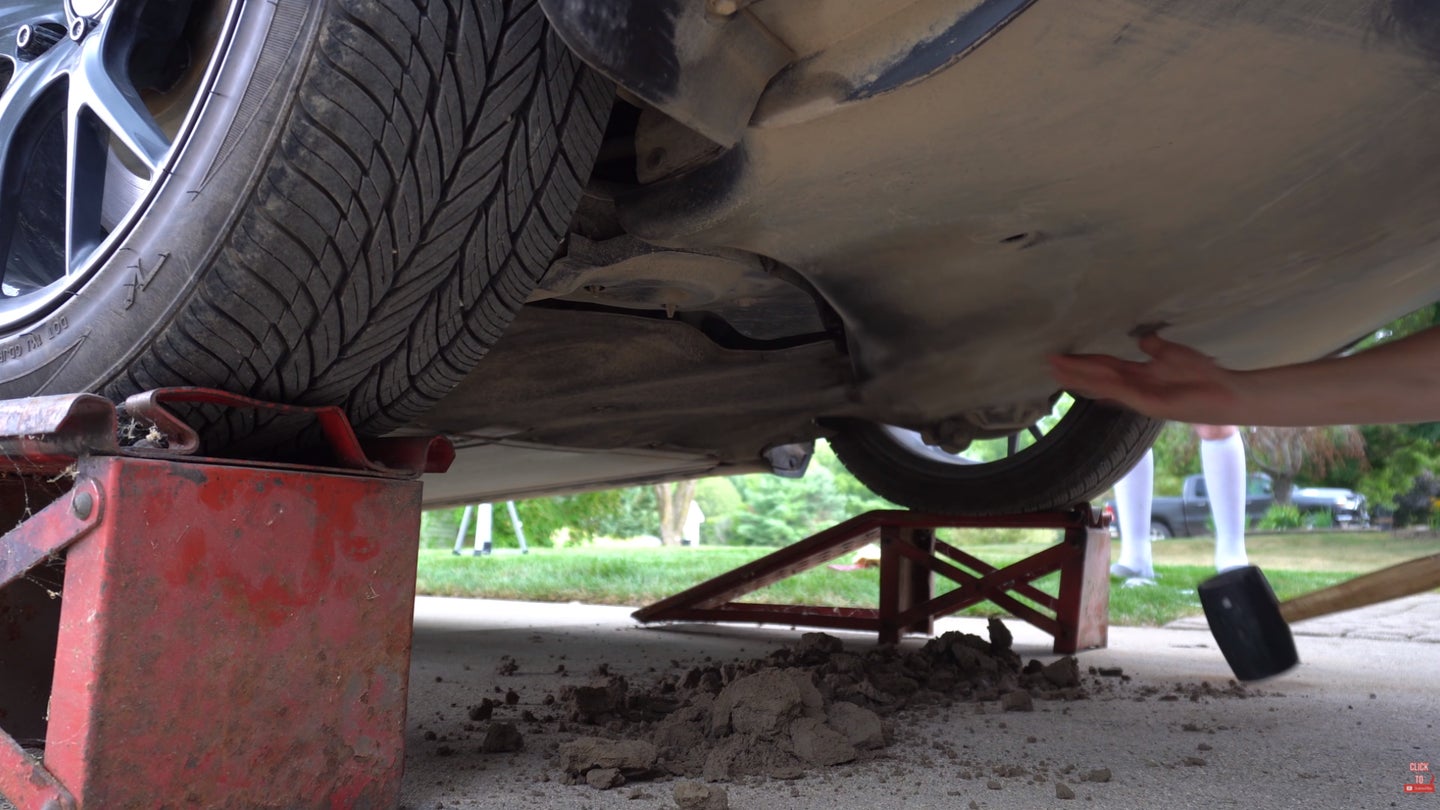 I've gained a bit of weight over quarantine. A couple drinks here and there, maybe one too many midnight snacks. My car is the same weight though. I mean, I haven't been keeping track of its diet, but it doesn't look any portlier. But if you've been driving your Tesla Model 3 regularly on some dirt roads, your car may have been snacking behind your back. At least, that's what happened to Chris from the DirtyTesla Youtube channel.

He previously had some issues with dirt buildup in his rear bumper after about six months of ownership. For whatever reason, he cracked open the plastic skidplates and there it was—about 15 pounds of dry dirt. Now, he checked under the car again following another 13 months of commuting six miles per day on dirt roads, and the amount of dirt he's picked up is a surprisingly consistent 32 pounds. This is one hungry Tesla.

In the video, Chris reassures us that the dirt buildup underneath the car—and in the wheel wells—has not had any effect on the vehicle's reliability or performance, which is good. It is a little disconcerting that this happens, though. I suspect it has something to do with how heavily cladded the underside of the car is. Whatever space under the car isn't taken up by the massive battery pack has underbody cladding to protect the vehicle's systems and aid the aerodynamics, something very important for a range-sensitive EV.

However, many other cars have underbody cladding as well, and I haven't heard reports of many other cars collecting dirt in such quantity. I suspect that this kind of issue is one of the things about building cars that Tesla has to find out for itself, but is known by other OEMs. Sort of like the rear bumper issues the Model Y has.

In any case, this dirt buildup hasn't dissuaded Chris from liking his Tesla any less. He says it's been very reliable, and the dirt buildup is not a big concern of his. He points out that if you drive your Model 3 on dirt roads, it would probably be a good idea to check your rear skidplate as well, which sounds like a good idea. Weight loss in a Tesla is at least easier than it is for people.

I need to become a salad enthusiast.