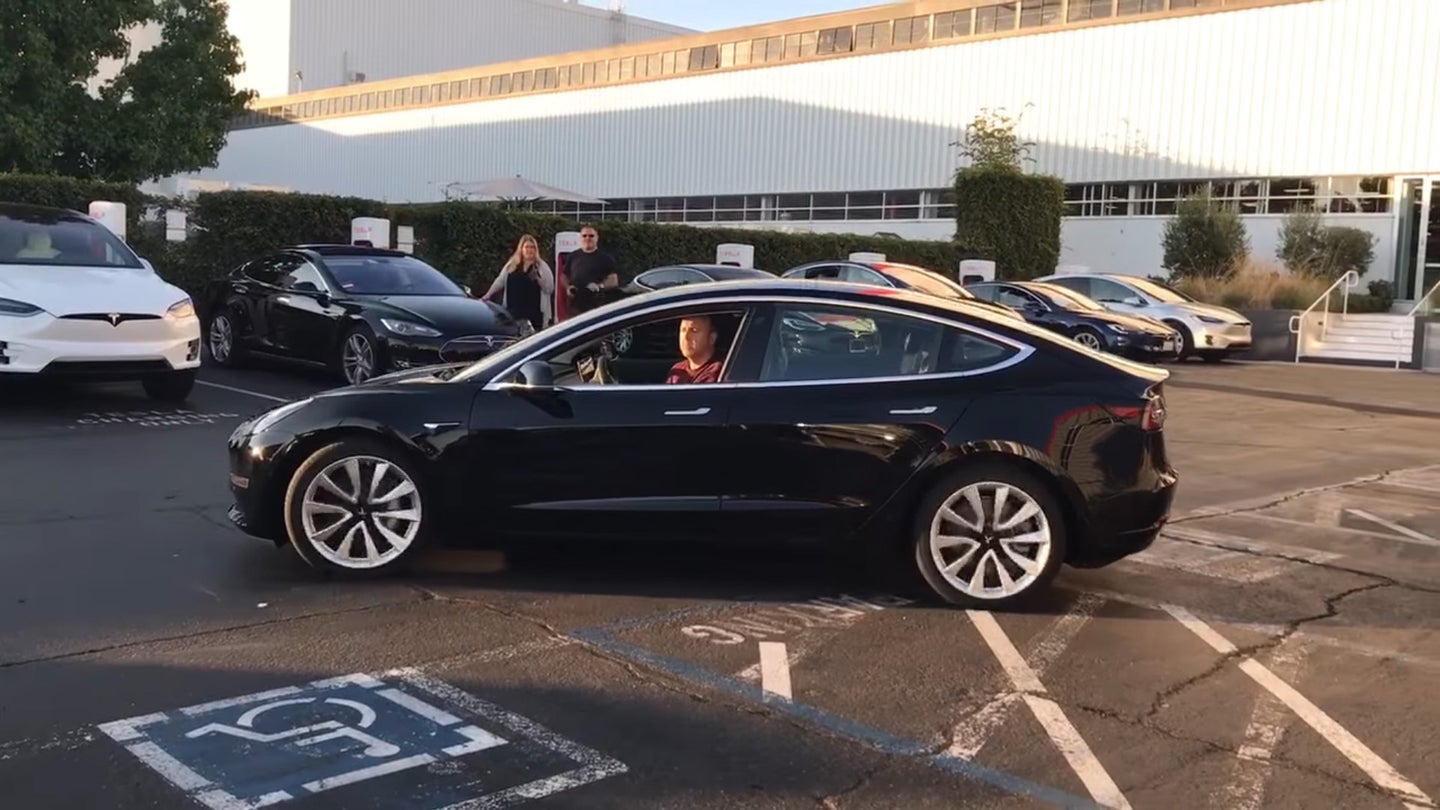 With the reveal of the production-ready Model 3 occurring just last week, the automotive community has been sharing its mixed feelings about the highly-anticipated budget Tesla. While the design has many critiques, it has also sparked the interest of many potential EV buyers. We got an even better look at SN1 ("Serial Number 1", as the first production VIN-stamped car is affectionately called) after it rolled off the assembly line and onto the Tesla lot.

The interior can be seen only briefly in the video, but check out the large 15-inch display panel that sits landscape-oriented right in the middle of the dash board. Tesla, which is well known for its large dash-mounted displays, seems to have not changed much from the pre-production demo seen last year. Though no official imagery has been released as of yet, we may be able to predict that it will look similar to that release, which can be seen in the video below.

Speaking of pre-production, it's important to note some major differences spotted from the conceptual Model 3 to the actual production car. It's not uncommon for auto manufacturers to make changes to a concept, and the differences in this scenario can be seen below. The new Model 3 is shown in black versus the silver concept.

Notable changes include a slightly less aggressive nose, a new slope to the roofline to accommodate the longer, presumably more spacious rear passenger area, and slightly repositioned door lines. One could speculate that the roof's slope was also altered so that it could accommodate the glass roof option made available to the Model 3, something originally expected to be reserved for the Model S and Model X. Additionally, as promised via Twitter, the very small trunk appears to have been remedied in the production model as well.

So what do you think; boring electric commuter or stylish futuristic sedan? Now that the cat is out of the bag, Tesla is beginning to ramp up production in hopes to hit 20,000 units per month by December. Given that it has around 400,000 reservations, the automaker has some big shoes to fill in order to keep customers interested without waiting too long.