Here’s How To Get A Tesla Model S For Free* 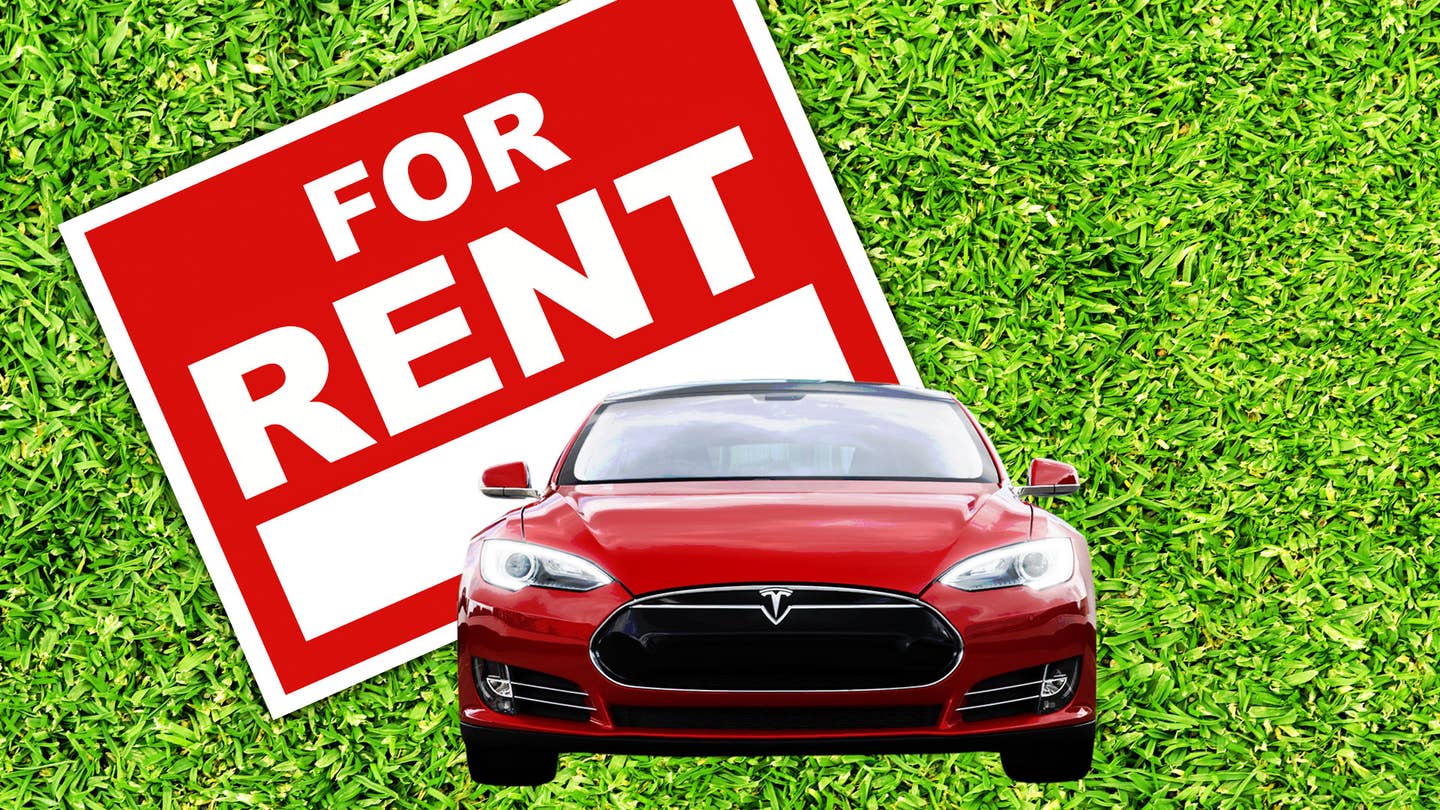 When Steve Sasman first saw the Tesla Model S in 2011, he desperately wanted one. "I'm a tech guy and was immediately attracted to it," Sasman told The Drive. "But it was way out of my price range, so I just kind of wrote it off."

Obviously, Sasman isn't alone. The monthly payment for a new Model S regularly goes deep into four figures depending on the spec, and even on the used market they're generally far from affordable. But after a few years, Sasman took another look, and, through the lens of a vacation rental manager, he saw a way to make it happen.

According to Turo, over the last four months the average Tesla Model S owner renting his or her car through the app made $1,050 a month. And the San Francisco-based startup likes to boast about it, telling The Drive that it "can cover 100% of monthly lease payments on a Model S 90D or Model X P90D; and up to 75% of higher trims levels."

Naturally, Turo has to get its cut—25% of the rental price—which isn't entirely insignificant considering the majority of Teslas are renting for well over $200 per day. And Turo also provides some supplementary insurance that goes above and beyond what most of insurance policies provide for rental vehicles.

But as any car owner will tell you, the monthly payment is one thing—insurance, registration, and, most of all, maintenance, are some of the biggest expenditures. However, that's where the Model S shines, according to owners we spoke to. The required service for a vehicle with an internal combustion engine can be pricey, with regular check-ups and oil changes. With the S, the only consumables (beyond electricity) are tires and brakes.

"Once you're renting it out, you're going through tires and brakes about twice as fast as usual," says Dan White who's been renting out his Model S after purchasing a 90D last November. White, a real estate investor in Southern California, originally used Turo to rent out his Audi A4 for a couple months before offering his Tesla through the app.

"It's covering about 70-percent of the cost of ownership," White told The Drive, and based on his math, he'll break even in three years. "Renting the Tesla out 12 days a month covers my nut," says White. "Get it to 15 days and it will have paid for itself," with White saying that includes with the cost of insurance, registration, consumables, and based on today's rates, depreciation.

While most of us shudder at the thought of someone driving our personal six-figure EV like a rental car, according to the owners we spoke with, abuse and damage happens—but it's rare.

"You're going to get damage," says White. "But the people that rent premium cars treat them better. The Tesla drivers have been really great."

Sasman echoes that sentiment, saying that Tesla renters tend to be a self-selecting group that includes current owners traveling, people interested in a Tesla but looking for an extended test drive, and even "another Tesla owner who couldn't stand the thought of driving another car while on a golf vacation in Scottsdale," according to Sasman.

All the owners we spoke to mentioned minor damage after rentals--from scratched bumpers to windshield chips--but those instances happen a handful of times a year and most chalk it up to normal wear-and-tear. And the same goes for conflicting schedules. Sasman's only car is the Tesla, so part of his monthly calculus is factoring in a few Uber rides for when he's sans-car.

The other advantage of renting the Tesla: the automaker's app. "I can see what they're doing, where they're going, and how fast they're going," says Sasman, referring to the app's ability to track his car in real-time. One renter even got a call from Sasman when he saw his Tesla "going at a really high rate of speed, at night, in a really dangerous area."

But dinged bumpers and speeders aren't the real challenge for Tesla renters. The amount of time necessary—mostly for repairs and managing bookings—means the rental racket isn't for everyone.

All the owners we spoke to had free time and a lot of motivation. It takes a flexible schedules and constant hustle—and the halo effect of the Tesla brand—to get to the crucial break-even point.

Both Sasman and White essentially make their own schedules, which allows them the freedom to cater to their renters, something that's becoming even more important as new Teslas join the Turo fleet and increase competition.

"You've got to disassociate yourself from it being your car," says White. "Treat it like a business and make yourself available—that's the key."

For most of us with "regular" jobs and set schedules, that's a tall order. And with more Teslas available through the app, tailoring your schedule around renters demands is often more important than the daily rate, which is good for people like Sasman and White.

"You have to have full flexibility and visibility," says White. "You can't just get a car and throw it up on the platform and expect to be making the monthly payment if you don't put in the time."

*assuming you have exceptional credit and lots of free time