Carmaker responds to report that it tried to keep an owner from contacting the NHTSA. 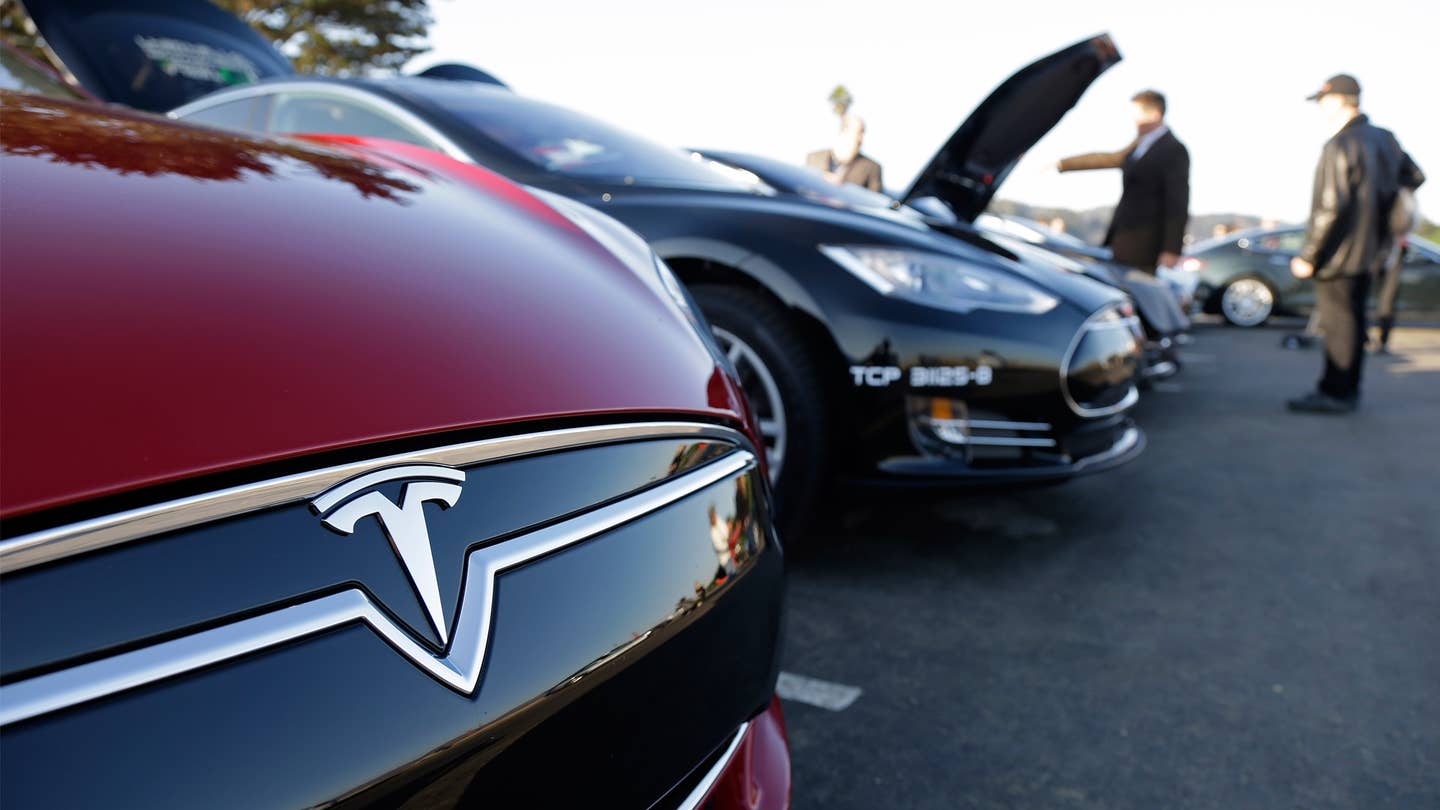 Tesla is vocally denying allegations that it prevented an owner from contacting federal automotive safety agencies about a suspension problem, after a blog post earlier this week claimed the carmaker had done exactly that.

On June 8, Daily Kanban released a story describing a complaint posted by an owner on an unofficial Tesla owners forum. The owner's complaint stated that while traveling at a low speed in his 2013 Model S, he heard a loud clank, then lost steering control. Subsequent investigation by Tesla employees found that his Tesla's left front hub assembly separated from the upper control are due to a loose ball joint, and that the car would require $3,100 of work.

The owner later posted that even though his Model S experienced unusual issues, Tesla would not compensate him for the work because the car was out of warranty, and because the failure was related to wear-and-tear items that likely failed early because of the unusual conditions the car is driven in. (Tesla stated online that the owner of this Model S lives up a long, harsh dirt road.)

The Model S owner went on to explain that several days after the original work quote, Tesla offered to compensate him for half of the service fees if he was willing to sign a "Goodwill Agreement." This is where things get a bit sticky. Included in the agreement was the following language:

Daily Kanban interpreted this statement as an almost direct request from Tesla for the owner for the owner to not report the issues he faced with his car to the National Highway Traffic Safety Administration. "It represents a potential assault by Tesla Motors on the right of vehicle owners to report defects to the National Highway Traffic Safety Administration," the story's author, Edward Niedermeyer, writes.

Niedermeyer goes on to explain the Model S owner and Tesla have "come to terms," but also that the owner has taken the liberty to notify the NHTSA of the potential defect. Neidermeyer's post was later updated with the following statement from the government agency:

"NHTSA is examining the potential suspension issue on the Tesla Model S, and is seeking additional information from vehicle owners and the company.

NHTSA learned of Tesla’s troublesome nondisclosure agreement last month. The agency immediately informed Tesla that any language implying that consumers should not contact the agency regarding safety concerns is unacceptable, and NHTSA expects Tesla to eliminate any such language. Tesla representatives told NHTSA that it was not their intention to dissuade consumers from contacting the agency. NHTSA always encourages vehicle owners concerned about potential safety defects to contact the agency by filing a vehicle safety complaint at SaferCar.gov.”

On June 9, Tesla published a blog post titled "A Grain of Salt" in which the company specifically called out Niedermeyer's story. In the post, the company states "there is no safety defect with the suspensions in either the Model S or Model X" and that it is completely aware of all issues affecting its cars. Tesla also attempts to explain the stages the NHTSA may have taken after receiving a complaint from the affected Model S owner:

"NHTSA has not opened any investigation nor has it even started a “preliminary evaluation,” which is the lowest form of formal investigatory work that it does. On April 20th, as part of what it has told us it considers “routine screening,” NHTSA informally asked us to provide information about our suspensions. On April 30th, we provided all relevant information to NHTSA. NHTSA has since told us that we have cooperated fully and that no further information is needed. Neither before nor after this information was provided has NHTSA identified any safety issue with Tesla’s suspensions. This can be confirmed with NHTSA."

Tesla also denied that its 'Goodwill Agreement" was similar to a non-disclosure agreement that might request the owner to not notify government agencies like the NHTSA of potential recall-worthy issues:

"Tesla has never and would never ask a customer to sign a document to prevent them from talking to NHTSA or any other government agency. That is preposterous."

"One thing is clear: this agreement never even comes close to mentioning NHTSA or the government and it has nothing to do with trying to stop someone from communicating with NHTSA or the government about our cars. We have absolutely no desire to do something like that. It is deeply ironic that the only customer who apparently believes that this document prevents him from talking to NHTSA is also the same one who talked to NHTSA. If our agreement was meant to prevent that, it obviously wasn’t very good."

Whether Tesla was trying to cover up the suspension flaws or the car's owner was trying to stir up trouble, one thing is for certain: When it comes to Tesla, even small misinterpretations can be big news.