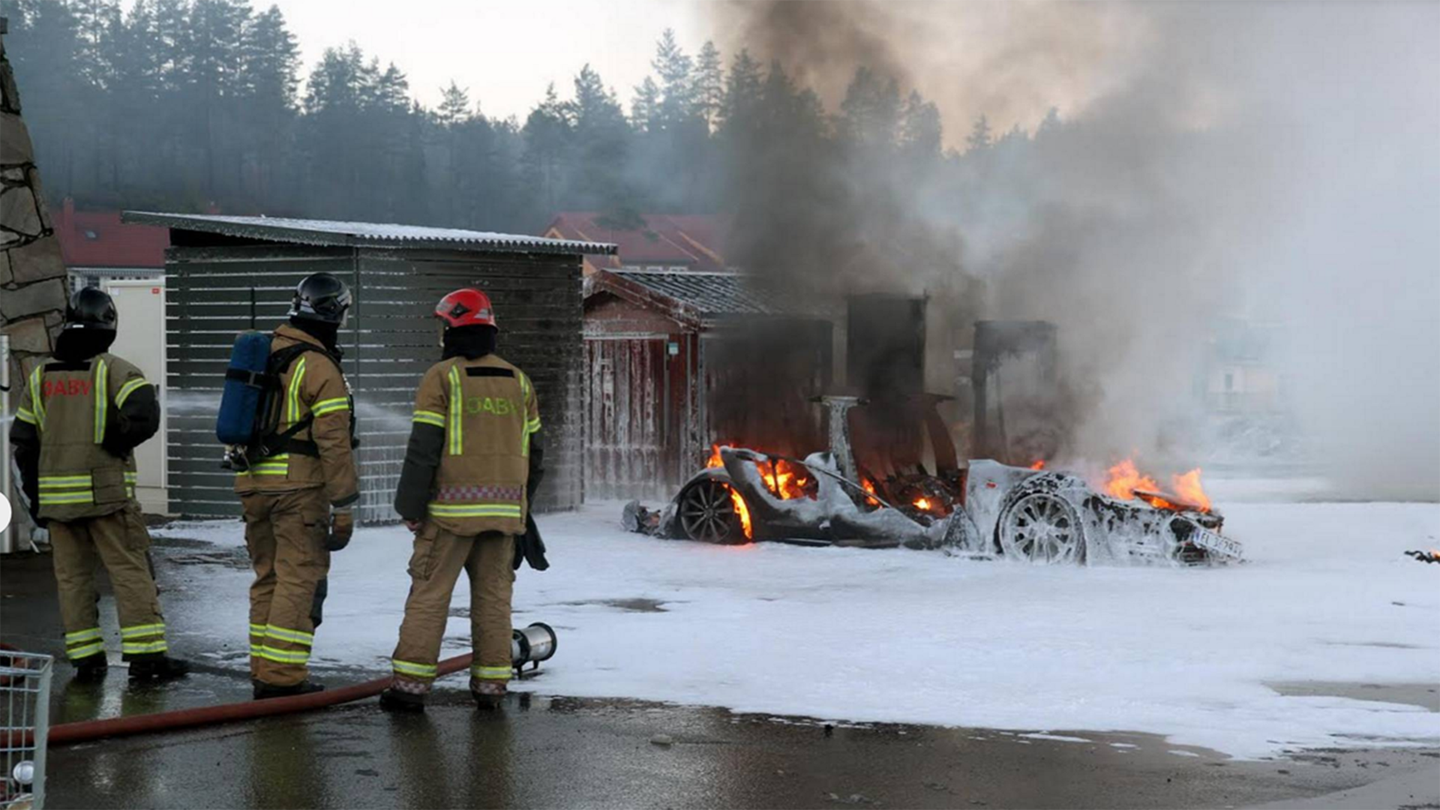 A Tesla Model S caught fire this afternoon at a charging station 140 miles south of Oslo, Norway. According to a Norwegian newspaper, the Model S was hooked up to a supercharger at a filling station when something caused it to ignite. Also ignited: The Schadenfreude of Tesla-haters around the world.

No one was hurt in the blaze, which destroyed the car and temporarily left the nation of Norway with one less charging station. The Tesla Model S is the top-selling car in that Scandinavian country, where buyers bask in the affection of government incentives for anything zero-emission. Sales taxes, which can double the cost of a car, do not apply to EVs, and Norwegian EV owners can use bus lanes, skip tolls and park for free.

But the proliferation of the Model S in this lightly populated country has created a de facto proving ground for this relatively new, lithium ion battery-based technology. This isn't the first time a Tesla has caught fire, and customers have become accustomed to glitches and defects in the relatively new—and visionary—platform. The liquid-cooled battery pack extends along the undercarriage of the car in a long, flat slab. Engineers have worried that the battery modules were vulnerable to damage.

If this fire is related to charging of the modules, it would be the first reported of its kind. Because of the batteries, firefighters at the scene used foam rather than water to extinguish the blaze. Authorities, and haters, are investigating the cause of the accident. Stay tuned for more details.